Posted on April 8, 2013 by The Director of Digital Media 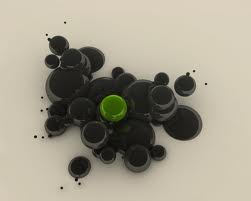 Why is it important to distinguish between things? Twice in this week’s Parsha, Parshat Shimini, B’nei Yira’el are told להבדיל, to create distinctions.

The first time it is mentioned is after we are told that Nadav and Avihu were killed for bringing a “strange fire” into the Mishkan, and the Torah gives a ruling:

HaShem spoke to Aaron saying: Do not drink intoxicating wine, you and your sons with you, when you come to the Tent of Meeting, that you not die—this is an eternal decree for your generations. To distinguish between the sacred and the profane, and between the impure and the pure. (Vayikra 10:8-10)

At the end of the Parsha, we are again taught about making distinctions. This time, it comes after we are taught the laws of Kosher and non-Kosher animals.

The word “to distinguish,” להבדיל, is used in two other places in Tanakh. The first time we see it used is in B’reishit, when God creates the lights in the sky in order to distinguish between the day and the night (B’rashit 1:14). The last time it is used is towards the end of Yechezkel

when the Prophet is describing the Temple in chapter 42, verse 20 “Thus he measured it on the four sides: it has a wall completely surrounding it, 500 cubits long on each side, to separate the consecrated from the un-consecrated.”

Rashi commenting on Vayikra 10:10, tells us that one must distinguish in order to differentiate between the work of קדוש and the חול, from sacred and profane work. And later, with regards to 11:47, he says that the distinction needs to be more than theoretical, rather an actual physical separation is required. Similarly, in Yechezkel, Rashi comments that the reason for the separation was to physically distinguish between the holiness of the Temple and the mundane of the rest of the world.

By separating, we are imitating the acts of God. We are doing the same as He did in creation, when He made a distinction between day and night. The first time in Shmini, our parsha, the Kohanim are told they should be making a distinction between the holy and the mundane, and to remember how they should be acting in each of those situations. Later, the act of distinction is commanded to the entire Jewish people, that we should be separating the “pure” from the “impure,” and the animals from which we can eat versus the ones we cannot—and we do all of this to be holy, as is God. And later, when we have the Temple, we require there to be a physical distinction between what happens inside to what we are doing in our daily lives, in order to make the relationship with God something more special and important. By making distinctions we are able to act like God, connect more closely with Him, and become the holy nation that we are commanded to be.

Midreshet Lindenbaum‘s Israeli program for Women’s Halakhic Leadership is accepting CVs for this coming year’s cohort. The program is four days a week (8:30am -3pm) for 5 years and is intended for women with several years of prior Gemara learning. The various areas of halakha studied and successful completion of exams will lead to a “heter hora’ah” recognizing our graduates’ ability to answer halakhic queries in the areas of kashrut, shabbat, nida, mikvaot, and avelut.

Send CVs and inquiries to: shmuelklitsner AT gmail DOT com