Quietly Back and Possibly Blue

Forty-eight hours ago, I was in a different country. And no, I did not drive across the border from Mexico to Texas. 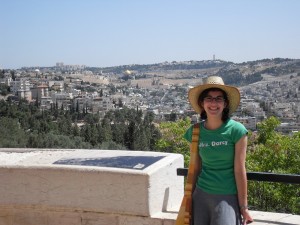 During the past few weeks, I’ve done a lot of personal journaling, because a lot of what’s happened is just that – very personal. Consequently, less has ended up on the blog, but that is also a product of me being in a state of tightly-timed transition. I’ve been thinking, remembering, noting, and observing, but I haven’t had time or courage for true for reflection yet.

One thing I’ve noticed is that, in the day-and-a-half since I’ve been back, I’ve been in a bit of a shell. I texted my closest friends as soon as I reached JFK, but have been inconsistently answering their texts in the hours since. I’ve told a lot of people that I want to see them, but haven’t set many dates or times yet. I’ve resisted posting the “Back in CT, who’s around?” status update on Facebook because the people who most want to know already do.

I think my reticence to be social is related to my hesitation regarding reflection. I don’t fully know yet how I feel, what I think, or what I want. And if I can’t even tell myself those things, what will I tell others? If someone asks me, “So, are you making aliyah?” I might say “Heck, no” or “Yes- tomorrow!” depending on my mood, and if I say something I might start to believe it. (Ever hang out with a guy and then tell your friend it was a date? You start to believe it was one. Oh, the power of words.) So I’m looking for consistency; I’m looking for confidence in my life’s direction; I’m looking to avoid revealing that I’m exponentially confused about my future career, the location of my future home, the people I should base my life around… you see why I’m not talking to people. 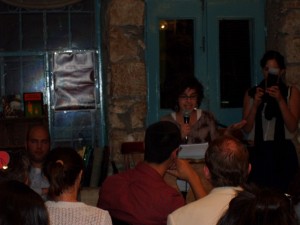 Sometimes, I’m just in the mood to think. Sometimes, I’m wrapped in a particularly wonderful memory and I don’t want to be interrupted. Sometimes, I’m overwhelmed by the absence of the warm dry sunshine, the cool white stone, and the guys living upstairs who used to yell “Bilmes!” But I won’t be silent forever. I’ll inch out, little by little, and the best conversations will be those that happen organically with people whom I trust; people who know me well enough to ask the right questions (not “How was Israel?” or “Why aren’t you more tan?”)

In the meantime, here are a few observations from the past few days about the transition from one country to another.

1. Speaking English all the time: it feels too easy. For five months, I’ve been struggling to build my Hebrew, understand lectures and announcements, and summon the courage to talk to the shopkeeper, the bus driver, or the other person in the grocery line with a cart full of gluten-free flour. Every day had the potential to pose a linguistic challenge, failure, or success – or all three. I was scared of it, but I loved it. It kept my mind sharp. It kept me alert. And I also fell in the love with the language. I am convinced that Hebrew is beautifully untranslatable. The more I read it, the more I listen to it, the more I attempt to speak it, the more I am convinced that it cannot be translated directly into English. For example: “כאילו” , and the fact that the Biblical words for “to eat” and “to destroy” have the same root, and that there is no single word for the present tense form of the verb “to be”… the language itself conveys an entire way of life; an entire mentality; an entire culture that I miss being a part of. 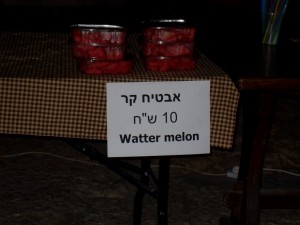 The wonders of language!

I also have a new sympathy for American immigrants who speak English as a second language. The Hispanic guy who comes to power-wash the house and tells you the price in halting English? He’s trying. And it’s hard. And that was me two days ago (minus the power-washing tools). Learning a new language is not easy, nor is it something that a person can do simply because you want him to. It takes bravery to twist one’s tongue into new sounds in public – what if you say them wrong and embarrass yourself? How will you ever get rid of your accent? How will you ever stop seeming like an idiot? The answer: you won’t. And that’s okay. And you must accept others who have the same struggle.

2. Deciding what to wear: it feels a little bit hard. A few months ago, I decided that, in Israel, I would be a skirt-wearer. It felt rightly modest to me, especially at Pardes, where physical modesty is not particularly emphasized and I felt like it needed a champion. Living in Jerusalem also played into this decision. In a place with so many Jews (secular, traditional, cultural, religious, Haredi, Hassidic), clothing can say a lot about you. I wanted mine to say the right thing. Wearing pants would brand me as more of the secular type, but I know I am more on the religious side. The skirt was a method for placing myself within the wide, varied spectrum of Jerusalem Jews, and, unlike the first time I made the skirt shift (two long years ago), I feel that the skirt places me accurately. 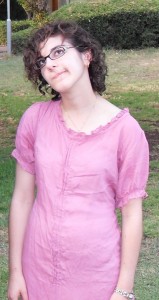 3. Prayer: Making time and space is hard when it’s not given to you every day. Duh. For some reason, remembering to do shacharit is easy for me: get up, go to the bathroom, wash my hands, thank God, and don’t stop for at least 20 minutes… I’ve been incorporating morning prayer into my life for a number of years now, so it’s pretty much a given. Mincha (the afternoon prayer) on the other hand, is a different story. Thanks to my gemara class, in which I learned that women are obligated in the amidah of shacharit and minchah, I have been trying to weave mincha into my daily routine. And it’s hard. First of all, the time is more flexible. Do I do it as soon as it’s permissible (about 1 pm) or closer to sunset (about 8 pm)? Or some time in between? Do I do it in private or where people can see me? If someone else is around, do I tell him or her that I’m going to pray now? Do I pray by myself or try to find a minyan? In response to the last question, I am going to pray by myself (aside from Shabbat). In West Hartford, it is weird for a religious girl to attend her synagogue’s minyan on a daily basis. Accepting this weirdness, I don’t feel like starting that conversation. Like I said, I’m not sure I’m ready to talk yet.

So that was the beginning. Welcome to the middle and know that there will never be an end. I will always be thinking, processing, reflecting, and debating…and I might not know what I will say until you’ve already heard it.