Be the String: A D’var Torah on Parshat Noach

When I was a junior in college, I had to take a semester off from school. The reason? 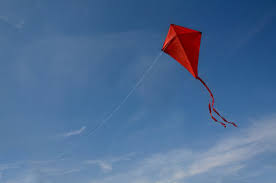 Stomach problems. I felt sick all of the time, I was gradually losing weight, and had lost all hope that the symptoms would ever abate. For an over-achiever like me, the decision to ‘drop out’ for a semester was a very difficult one; I felt like I was failing. If everyone else could handle college, why couldn’t I?

While I was at home, however, I had the lucky opportunity to meet a local folk singer by the name of Kate Callahan. I thought I had it bad—until I heard her story. When Kate was 19, she went on a ski trip over Thanksgiving break. While soaring down the mountain, she was hit from behind by another skier and suffered severe brain damage. Her doctors told her she would never fully recover.

But Kate, who had always been a musician, decided to learn the guitar. Little did she know that playing the guitar would be the key factor in helping her recover—fully. She regained complete functioning; complete intelligence. She became an even better musician.

Kate Callahan is not Jewish, but she is a spiritual being. Many of her songs involve the soul, nature, God, the earth, fate, even reincarnation. Below is a stanza from “Grow Down,” a song from her album The Greatest of Ease. The last two lines have been omitted here— keep reading to discover their content and their significance.

This past Shabbat, we read the story of the Tower of Babel, Migdal Bavel. The people say:

Let us build a city and a tower whose head is in the sky. Let us make a name for ourselves, lest we be scattered on the face of all the earth (Genesis 11:4).
What were the people doing, exactly? The commentator Sforno insists that they were engaging in avodah zarah, idol worship. The fact is that we do not know very much about these people—we don’t know, for example, which god (or gods) they were worshipping. It seems, though, that they were acting on the human instinct that something Divine is above us—hence the desire to build upwards. Their building project was an attempt to make contact with God, or a god, or the gods.

Now, keep in mind that these people lived in a valley: “וימצאו בִקעָה בארץ שנאר” “They found a valley in the land of Shinar” and settled there (ibid. 11:2). Not only were they trying to build to the sky, but they were trying build to the sky from a very low geological place. Therefore, they had to put a great deal of effort into this project. They expended all of their energy, all of their brain power, all of their strength in the completion of this one task.

And God saw this. God saw their single-mindedness. In fact, God even comes down to have a look: “וירד ה’ לראות את העיר ואת המגדל אשר בנו בני האדם” “And God came down to see the city and the tower that the sons of man built” (ibid. 11:5). This verse poses a few problems. One: Why does God need to ‘come down’? Isn’t God everywhere? Two: Why does God need to see the tower? God knows everything, so shouldn’t God already know what it looks like? Sadly, I did not find any satisfactory answers to these questions, so I’ll put them aside for now, but consider them delicious food for thought (and maybe d’var Torah material for next year).

God knew that the people wanted to make divine contact and make a name for themselves; they wanted to have it all. They wouldn’t settle for a divine relationship and a humble existence; they wouldn’t settle for worldly fame and an absent God. They had to have to both. And we know, from God’s reaction, that they wanted too much. God crushed their aspirations. God spread them out over all the earth and confused their language; they were no longer able to build their city or make themselves known.

And now let us come back to Kate Callahan’s poem. (I call it a poem because, in essence, every song is a poem). Here is the stanza again, this time with the last two lines included:

“Picture a kite cut loose from its string,
And the freedom is peace ‘til the wind comes blustering,
And the child down beneath is wisdom with chocolate ice cream,
And the child holds onto the end of a bounty of string.
And the idea is not to be the child or the kite,
Be the string and be stretched from earth to moonlight…”

When Kate was flying down that mountain, she wasn’t building upwards. She was, in fact, going down. But when that man slammed into her, she became the string. She took her life and made it into a connection with the divine. She unraveled the string that was inside of her all along. 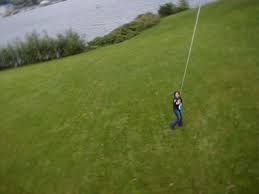 All we need to do is unravel the string. It comes from the hand of a child; right next to the chocolate ice cream; a place of humility. It will unwind, or perhaps God will pull on it to help us out a little, and we will reach God through that slow unwinding, not through us going up or through God coming down.

It’s all about the string.

If you’re interested in checking out Kate Callahan and her music, visit her website here: Kate Callahan. A clip of “Grow Down” can be heard in the iTunes store (and the entire song can be bought there, too!)