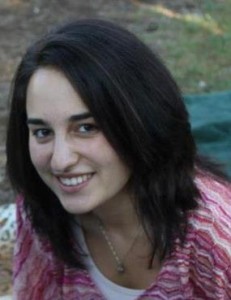 How is it that Dylan can write this Midrash on Genesis 22:2? The answer is found in God’s command and Abraham’s subsequent silence:

Take your son, your favored one, Isaac, whom you love, and go to the land of Moriah, and offer him there as a burnt offering on one of the heights that I point out to you. (JPS)

In our verse Abraham is silent. In fact Abraham is silent for three days. No argument with God, just silence.  Only when Abraham tells his assistants to wait so that he can go on ahead alone with Isaac does he break the silence. Rashi explains that the reason Abraham gets up early in the morning, saddles his own donkey without help from one of the many servants he has is because he is so intent of fulfilling Gods wish. Maybe Abraham’s silence is just another aspect in his intensity to fulfill God’s request.

However, Abraham is not always quiet. In fact only a few chapters earlier Abraham has no problem arguing with God. When God plans to destroy Sodom and Gomorrah it says (Genesis 18:23)

Abraham came forward and said, “will You sweep away the innocent along with the guilty?” (JPS)

Abraham is ready to come forward and argue with God in order to save people he has never met, wicked people in fact. Furthermore, when God tells Abraham that there are not 50 tzadikim in the city to compensate for the wicked, Abraham argues more. Only when God says that there are not even 10 tzadikim does Abraham finally accept defeat. There are no hurt feelings, all it says is (Genesis 18):

When the Lord had finished speaking to Abraham, He departed; and Abraham returned to his place. (JPS)

The contrast in speech is shockingly different between these two stories. In chapter 18 God appears to wonder to himself whether or not he should tell Abraham about the destruction he is about to unleash. The chapter then goes on to relay the argument between Abraham and God. Chapter 22 however, has an eerie silence to its narrative. The text introduces the story by stating that God “נסה,” tested, Abraham and that is all. Then it relays God’s request to Abraham. That is all. Abraham does not argue with God to save his son’s life like he did for the people of Sodom and Gomorrah. He obeys in silence.

After chapter 22:2 we never hear of God and Abraham conversing. When Abraham is stopped from killing Isaac it is not God that calls out to him, rather an angel. No more friendly departure, no more argument, only silence.

Did Abraham fail his test? Was he supposed to argue for his son’s life in the same way that he argued for the people of Sodom and Gomorrah?

Judaism is not a religion like the others in its time. There were idol worshipers who would sacrifice their children to their gods. This story emphasizes that God is not like that. God has a zero tolerance policy; no one, not even Abraham should sacrifice their child to God. Abraham after all he did is punished with silence for trying to do so, sending a bold message to all his decedents.