Posted on December 12, 2013 by Nataliya Naydorf 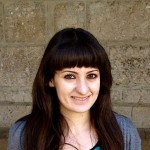 In this week’s parsha, Yakov, nearing his final days, travels to Egypt to visit Yosef, his favorite son whom he thought was dead. Upon meeting Yosef, he finds that Yosef has two sons of his own, Ephraim and Menashe, born and raised in Egypt to an Egyptian mother. Still, Yakov likens his grandsons to their uncles and gives them a blessing entitling them each to a portion of the land of Israel.

So what is it about Ephraim and Menashe, growing up and living amidst the Egyptian culture and religion, that makes them deserving of this blessing? What is their overall significance in Vayehi? And how can we relate to them?

The Lubavitcher Rebbe noted in his teachings that the very names of Ephraim and Menashe represented Yosef’s perception of living away from his family and his people. Yosef had named his first son Menashe, meaning ‘to forget,’ suggesting his struggle to hold onto and remember his traditions and history and he had named his second born son Ephraim, meaning ‘to be fruitful,’ a representation of fulfilling commandments and a sense of hope in maintaining Jewish tradition in future generations. Thus, Ephraim is the answer to Menashe. In order to avoid forgetting, we must maintain and pass on our wisdom, whether it be through future generations or to each other.

To delve deeper, Rabbi Naftali Zvi Yehuda Berlin, otherwise known as the Netziv, notes in Ha’emek Davar, that while Ephraim and Menashe were different in their representations, they symbolized different ways to express their Judaism. Later on in Chapter 48 in Bereshis, based on where the brothers were standing when they were blessed, they came to signify two different aspects of greatness. Ephraim, who was standing on Yakov’s right with Yakov’s hand on his head, represents the spiritual aspect of greatness because he was learned in Torah and dedicated to the keeping of the commandments, while Menashe, who stood at Yakov’s feet to the left, represented the physical aspect of greatness, an insight into worldly affairs and a deep sense of commitment and caring for the community. Ephraim and Menashe’s talents and expressions of Torah complemented each other. Both were necessary and showed us that these expressions are allowed to be our own and are just as relevant.

And most of all, despite these differences, despite the fact that Ephraim, being the second born received the first blessing, they are the first brothers to live in peace, to avoid sibling rivalry, and to not experience the jealousy and competition that was so common of their forefathers. They are seen as having their own unique contributions and abilities, which are not in conflict with one another and which are both equally important.

Like so many of us who have grown up amidst secular, non-Jewish societies, Ephraim and Menashe still maintained their Judaism, embracing the teachings of the Torah and upholding Jewish morals and values. And like Ephraim and Menashe, we each have our own unique abilities and contributions, our own way of expressing Torah. Parshat Vayehi shows us that all of these things are possible no matter where you live. After all, Yakov compares Ephraim and Menashe to his own sons, Reuven and Simeon, who grew up immersed in Jewish customs and tradition, yet Ephraim and Menashe, growing up outside of that environment, were just as deserving of Israel’s inheritance.

When I first read Parshat Vayehi, I didn’t know how I was going to connect this Torah portion to anything meaningful. But then, during night seder, I was studying Shabbat traditions with Naomi Zaslow and we read a blessing that gave me that “Eureka!” moment.

This is the blessing that parents recite for their sons before Shabbat dinner. While the blessing for daughters is for them to emulate the Matriarchs, we do not specifically say that we wish for our sons to be like Avraham, Yitzhak and Yakov. Instead, we want them to be like Ephraim and Menashe, just as we ourselves strive to be more loving, dedicated to tradition and good deeds, and finding our own path in life that leads to greatness and peace.

Thank you all for being here today.
May you all be like Ephraim and Menashe. 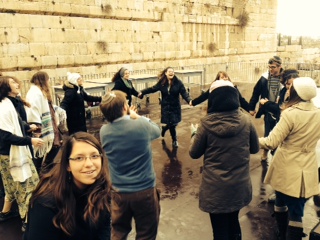