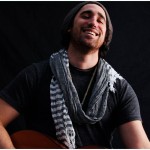 Two years ago I had the pleasure of learning Talmud in my hometown of Dallas, Texas (yes there are Jews in Texas) in the stale social hall of my childhood congregation Temple Emanu-El. Led by Rabbi David Stern, our weekly 7:30 am Talmud class met, eager to engage with this mystifying Jewish source. The pages of Talmud Bavli quickly opened up like the scent of Starbucks coffee being poured into paper cups, and we soon filled the room with words of Torah.

I do not remember what mashechet, perek, or sugya we studied, but one question remained in my mind for hours following our morning session. My Rabbi had asked, “at what point did redemption actually occur, during the Exodus from Egypt?” Silence had replaced the air of coffee and Torah that had swirled around us, like the waters of the Sea of Reeds.

I had never before considered this notion of redemption and wondered, given the striking needs of our world today, if redemption had occurred at all.  My thoughts soon translated themselves to song, and I wrote ‘Redemption’, reflecting the questions posed to me by my Rabbi that morning.

Who are you? The fuzzy friend said
Clouds cover clarity from reaching my head
I knew, who I was this morning, but many things have changed since then.

I woke up as a person bound by chains
A slavery imposed on me no longer remains
What can I do with this new-found freedom?
I must return to my homeland to where I’m from

Why’s this happening to me?
Been calling out for years,
But now you [God] choose to see.
How, am I suppose to deal with this?
I thought I knew myself
But now I feel like I’m nameless.

I understand the power of the choices I make
To rectify, shine light amidst the darkness that pervades
But when will I know when my past has been erased?
The beauty of this moment is that now I can create:

Each day reveals why, we’re all so blessed in this life.
But I can’t help but sigh,
that there are brothers and sisters still on the other side, without–

In this week’s parasha, Beshalach, we retell the epic experience of our people’s Exodus from Egypt, and the freedom we gained at the moment the Sea of Reeds collapsed upon the Egyptian horsemen and chariots. Our holy Torah reads “Stand by and witness the deliverance which the Lord will work for you today; for the Egyptians whom you see today you will never see again.” (Exodus 14:13) After the Israelites walk safely through the walled waters of the Sea of Reeds, our text confirms our liberation “Thus the Lord delivered Israel on that day from the Egyptians.” (Exodus 14:30)

It seems through a phsat reading of the text, that our deliverance from Egypt marks the redemption of our people, but a continued reading of Beshalach complicates this notion.

At the end of Beshalach we are introduced to a new mortal enemy described to us in the parasha’s final statements. Speaking to Moses, God repeats God’s statement of assurance that the Israelites will never again see their adversary, “I will utterly blot out the memory of Amalek from under heaven!” (Exodus 17:14).  Then, with humility and uncertainty Moses concludes parashat Beshalach stating, “The Lord will be at war with Amalek throughout the ages!” (Exodus 17:15)

Why would our most exemplary prophet conclude the recalling of our ultimate redemption, with the warning of our new unending war with Amalek? Clearly, the Israelites were not entirely redeemed through God’s miraculous Exodus from Egypt, as our text alludes that the Jewish people move from one mortal enemy to the next.

What may we learn from our Torah’s curve ball ending to a seemingly world series shutout for the Israelite people?

I recently learned from Pardes educator and holy Tzadik Meir Schweiger that our Passover Sedar answers the question as to why parashat Beshalach ends in this manner.

Many sages throughout Jewish history have drashed on why we drink four cups of wine during the Passover Sedar saying that the four cups honor the four Matriarchs: Sarah, Rebecca, Leah and Rachel. Other commentators explain that the four cups reflect the “four expressions of redemption” that God foretells in Exodus 6:6-7: “Therefore say to the children of Israel ‘I am Hashem, and I shall take you out from under the burdens of Egypt; I shall rescue you from their service; I shall redeem you with an outstretched arm and with great judgments. I shall take you to me for a people and I shall be a God to you…’”

These (and many more) explanations connect our Passover four-cup ritual to our past, but are there notions of our future embedded our ritual meal? While studying at Pardes this week, Meir Schweiger reminded me that there is a fifth cup of wine we are forgetting about!

The fifth cup, left untouched and whose mention is found at the end of our Passover Sedar, lingers in front of each of us, like the last line of parashat Beshalach. Eliahu’s cup symbolizes the redemption that is yet to come, and the new challenge for salvation set upon the Jewish people. Just as God will forever battle Amalek we too must continuously fight for redemption anew. And so I return to my story about my Talmud class in Dallas Texas.

“At what point did redemption actually occur, during the Exodus from Egypt?” It is clear from the last lines of parashat Beshalach, and the fifth cup waiting for Eliahu during our Passover Sedar, that we are still waiting for redemption today. But this does not mean that redemption has not already occurred… rather, it is clear that “each day reveals why we’re all so blessed in this life, yet I can’t help but sigh, that there are brothers and sisters, still on the other side… without redemption.”

May this Shabbat remind us that though we are redeemed, there is still redemption yet to be fulfilled. Shabbat Shalom.