The Oven of Retelling

What is the purpose of a story? To be re-written, of course! Below, I have composed a re-telling of one of the most famous stories in Jewish tradition. It is originally found in the Babylonian Talmud (Tractate Bava Metzia, page 59), and I recently learned it from a new angle with one of my teachers at Pardes. My re-telling, in the style of folktale, is inspired by the new eyes through which I now view the story. Enjoy the ambiguity!

Once upon a time, there was an oven.

This oven was made of slats.

In between the slats was soft sand that held the slats together.

This oven belonged to a man named Akhnai.

Some say, however, that his name wasn’t Akhnai; rather, that there was no man at all. Some say that akhnai means “snake” and that the oven of akhnai was actually an oven with a snake wrapped around it. 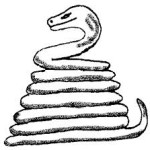 There was another disagreement regarding this oven (because it was built with sand): was it a complete vessel and therefore subject to impurity, or was it merely a pile of rubble and therefore always pure?

That one man was right.
And God made sure everyone knew it. 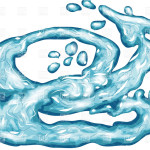 And the majority heard.

And the majority disagreed.

And the majority said, “There is no law in Heaven. We make the laws down here.”

And the man was sent away.

And the oven was deemed whole. And any bread baked in that oven was fresh and aromatic and tangy and sweet. But when the majority ate the bread, they ate it in a room where the walls were still partially caved in.
There was always the fear that the walls would crumble, crushing them all, and that the snake in the pipes would come slithering out.
Because the majority had been tempted. They had seen an oven wrapped in a snake and called it whole. They used that oven. And when they used that oven, they accepted the snake that came along with it.

Because who would pass up the chance to take an oven and use it to make perfectly good bread? 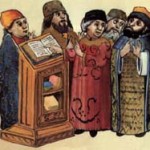 We will never know.
But maybe the snake does.

In the Talmud, the story continues. (There is also no bread in the Talmud; I added that literary element.) The man, Rabbi Eliezer ben Hyrcanus, is excommunicated. The rabbi who orders the excommunication dies on account of this order. The decision to exile the rabbi whom God supported haunts the rabbis for a long while after.

It seems that God stepped away. God gave the law over to us and tied his hands behind his metaphorical back. In return, we get a mixed bag: We get to decide. We get to legislate. We get the authority to change what is wrong and substantiate what is right. But we also receive responsibility. We receive the onus of making decisions for the masses. We get the uneasy feeling of never really knowing what God wanted us to do. We might be straying from God’s intention and we will never know. Because God is in the heavens, and Torah is not. Torah is down here, and we are down here, and God is up above. Our religion is a religion of man. It once belonged to God, and now it belongs to us.

There are two sides (at least) to every story.