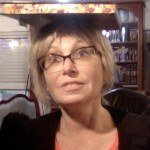 Bringing balance to my life 😉

People have asked me why I chose to attend the annual AIPAC conference in Washington, DC. After all, I live in Israel now. Also, I missed classes, and I really do not like missing Pardes classes.

On one level, I am very interested in the relationship between Diaspora Jews and Jews living in Israel. Do they feel connected to one another or are they worlds apart almost literally?

Actually, I feel closely connected to both sets of Jews and as a person who appreciates the diversity amongst the Jewish people I also see the diversity of possibilities of expressing our Jewishness and our commitments to our G-d, our Torah, our People, and our Land.

For me, the call of “lech lecha” was not competing with any deep seated, irreplaceable role I was playing in the US Jewish community. However, had I headed a major local Jewish organization or had significant political contacts in the US I very likely would not have moved to Israel so easily.

The American Israel Pubic Affairs Committee, America’s pro-Israel lobby, is so successful because it is bipartisan and is based on a unified commitment to the safety and security of the State of Israel. It works through establishing individual relationships with top leaders in each US Administration and with members of Congress. It involves American Jews from all 50 states sharing pro-Israel information and appreciation for their support with their respective members of the House and Senate and with related persons of influence.

When 14,000 individuals come together with a common purpose and a common message as at AIPAC this past week in DC, they bear a powerful voice which is heard by the US government and in Israel.

So however we choose, let us serve the Jewish people and promote the best interests of the Jewish State and let us appreciate that each one of us has his or her unique role to play in the contemporary Jewish narrative.