On the Other Side of the… Wait, There’s no Mechitza! 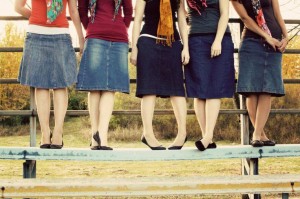 One of my close friends recently told me that I will forever be in her heart as her “mechitza-going-skirt-wearing-early-morning partner in crime Judaism.” This epigraph described our year at Pardes perfectly: we were two of the three women who regularly attended mechitza minyan; we wore skirts on a daily basis (and even went skirt-shopping together); we would sometimes get up before six am to go to shul, go running, get coffee, or simply message each other on Facebook about our passion for early mornings.

Now, a week after Pardes, my friend’s statement is still true—except for one teensy little detail: I prayed in an egalitarian setting this past Shabbat.

So how did this come about? Well, over the weekend, I attended the wedding and accompanying Shabbaton of one of my best friends. She married (past tense!! she’s married!!) a JTS rabbinical student; in four years he will be ordained as a Conservative rabbi. The dean of JTS officiated at the wedding, and all of the services over Shabbat were conducted in an egalitarian manner (men and women leading services, reading Torah, getting aliyot, and sitting together). Now, I knew what I was getting myself into, so I had drawn boundaries with my friend before the weekend. I gave divrei Torah, but declined any other role in the service. I had also planned to sit by the wall. I hadn’t prayed in an egalitarian setting in a long time, and I was anticipating discomfort. Over Shabbat, however, I was surprised by how smoothly I eased into this new situation. As a result, I did a lot of thinking about why I have avoided egalitarian prayer for so long, why this particular instance was better than I expected, and what issues I still have with egalitarian prayer. 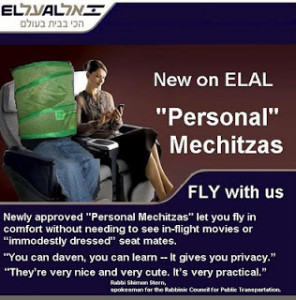 I knew I was missing something on the plane ride home…

So, first of all, why has mechitza minyan been my preference for the past six years of my life? During the end of high school, in college, and at Pardes, I happily closed myself off behind the mechitza, wanting prayer to be a time when I didn’t have to look at or think about boys. In those environments, life revolved around being a young single female and being around young single males. Flirting was a reality; so were crushes and desires and everything else having to do with boy-girl social-dom. If my prayer experience was going to be meaningful, it was going to have to happen far away from men. Just me and God.

This was when I realized that when praying with a community I would choose mechitza, but that my ideal prayer happens alone—and preferably outside. That being said, praying with a community gives me something special that I cannot get alone: motivation and the spiritual power of the many. So I compromise: when I can, I pray with a mechitza minyan in my own little corner of the women’s section. And I close my eyes.

But there are other reasons why mechitza minyan has been my preference for so long. For one, I have a traditional instinct inside of me to pray the way my ancestors have been praying for years, embracing the differences between men and women and letting a strong male voice lead me through the flow of the service. Secondly, a large part of me believes that I should follow the Halacha relating to prayer. It has been decreed by our rabbis as a valuable practice, so who am I to choose something else? 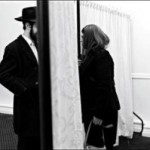 But now onto the second question: why was this weekend different? Did all of my reasons for praying in a mechitza minyan just fall away? Well, not exactly. But one element had majorly changed. Instead of a community of my peers, I was with a community of parents, kids and grandparents. And the ones who were praying were really focused on praying. There was no one to “look over the mechitza at” and no one who was interested in looking. In addition, most of the people in this prayer setting saw egalitarian prayer as totally acceptable—they did not have the “don’t look at girls/boys” mentality that often comes with a mechitza upbringing. (When we have a barrier, we are told not to look over it, and that implies there is something to look at, and therefore we must have a barrier. If we are never told not to look, we might not need a barrier. Paradox?) In essence, it was a wholesome prayer environment and I, as a part of it, was spiritually uplifted by the prayer.

Another reason this weekend was different: I was there for my best friend. I love her. Friendship such as ours is worth compromising over.

So, what reservations do I still have about egalitarian prayer? Why won’t I be taking it on anytime soon?

In summary, egalitarian prayer consists of two elements that cause problems for me. 1. Women being counted as part of the minyan and therefore leading the service for men, and 2. Men and women sitting together. The first issue is purely halachic; the second comes from a place of wanting to achieve my best prayer experience (the separation of sexes during prayer does not explicitly appear in the Talmud). Following Halacha and finding personal meaning — the two main reasons (often opposing) for why we Jews do what we do. It always seems to come back to that dialectic.

I’ll end with an anecdote from the weekend: Shabbat was over, and guests were running off to their rooms to prepare for the post-Shabbat bonfire on the beach. Few people were left in the seudah shlishit room to daven ma’ariv. All of a sudden I heard, “Naomi, we need you for a minyan!” and I was in. I wasn’t counting myself, but they were counting me. And, for what felt like the first time in forever, I was being validated for my commitment to prayer and to Hashem. Which, as a woman, is not something I find often enough.