Tags: alumni, identity and/or self, introspection, life after Pardes 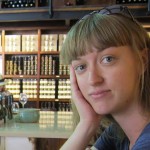 It has been almost a year to the date since I left Israel. I have neglected this blog almost shamefully in the months since, feeling that I don’t have the head space or energy to push it forward with updated posts and the desperately needed new look that I keep meaning to give it. I had the thought some months back that perhaps what I needed to do to light a fire under me to keep the blog posts coming is to change the title. After all, when I started this blog, I was in Israel and Lost in Jerusalem had a nice, if a bit overly romantic ring to it. The whole blog was supposed to be about me chronicling my adventures and misadventures in the holiest city on the planet, while perhaps saying something insightful by happy accident, or at least something witty enough to keep a few people interested in reading. I mean, my time in Jerusalem was a quirky situation for a small town ex-Christian-longtime-devoted-Atheist-turned-Jew to find herself in, right? Certainly, I would have plenty of writing material!

Now the blog is about me longing for Israel and bemoaning the fact that I’m not there anymore, and losing my religion, identity and sense of self in the mean time. Turns out that I wasn’t really lost in Jerusalem after all. Now I’m lost on the other side of the planet, in my home town. Being lost at home can only really happen if you grow so far away from who you once were that you can’t really say it feels like home anymore. Perhaps if I were visiting, I would have warmer feelings about it. But I’m not visiting. I live here. Again. What could I possibly have to write about here? Months and months of silence speaks volumes all on its own.

I keep thinking that while I live here, while this is home for the time being, nothing here is really mine. The house isn’t mine and I’m not paying rent for the room. The room isn’t even my old room–my parents took that space as their own as soon as I moved out, because truthfully, it is the better of the two rooms in this quaint, cramped little house. The bed that I’m sitting on while I write this isn’t mine, either. The chest sitting at the opposite wall is full of my mother’s linens, and is not mine. The dresser over in the corner belonged to my grandfather when he was still alive. The desk, the nightstand, the out of place gun safe and the fisherman’s hats piled on top of it–needless to say, none of these things are mine. It seems that I am either borrowing or co-existing among other’s people’s stuff.

To be clear, the accumulation of stuff is not really the measuring stick that I use to determine how much of my life is really my own, or how successful I have been. I’ve never been terribly materialistic, and material things tend to come and go with such ease throughout life, that when I first moved to Israel, there was something liberating about just taking the essentials with me. I stuffed my one checked bag full to the allotted 50 lbs. limit and my carry-on until the zipper on the backpack nearly burst, and lived in unfamiliar furnished rooms for the next year. I didn’t even come back with all of it. I repeated the process when I returned to Jerusalem seven months later, and I was happy to do it. I was doing what I wanted to do, seeing and experiencing things I grew up believing I would never see or experience firsthand, because I had convinced myself, that that’s what other people got to do. Other people, with their plenty of money, their important people connections, and the guts that gave them the confidence to go out into the world and do things they hadn’t done before, nerves be damned. Who needs stuff when you’re living an interesting and fulfilling life?

But something funny happens when your life changes again, and morphs into the familiar and “normal.” You start to feel like your independence is slipping away, that you’re backsliding, losing something that you only just started to grasp, failing. When you feel like you’ve failed at something, you start to cling to things and resent what you do have while longing for what you don’t have. I don’t have my own house or apartment, or furniture, or bed, or things that somehow will ground me into believing that I have something to show for living that life I never thought I’d get to live, especially now that I’m back here where I started. Sure, I do have a sizable amount of debt to show for it! If only success could be measured is debt dollars, I’d be a rock star.

Of course, I’m not totally without possessions. I do have a few things that I can call my own. For instance, there’s a beta fish swimming around under a blue light in an octagon shaped tank with fake, brightly colored plants and glass pebbles decorating it. This fish is named Bowie after my beloved David Bowie, so obviously, he must be my fish. I got him after my grandmother died last autumn, suddenly hit with the urge to take care of some living thing and give it a good life. I wanted something vibrant and beautiful, and somehow, that meant getting a bright red fish named after one of my favorites musicians. Funny how grief works.

I have way too many clothes, including a fetishist sized collection of underthings–I never have to worry about needing clean underwear, because I can’t leave a store with a lingerie section and not get something. It’s a stupid quirk, but it is my quirk.

I have a lot of books, some of which I still haven’t read, and yet, I like to complain that I don’t have anything to read.

I have a few collages that I made in a fit of boredom last summer before I found a job, and I actually like how one turned out and would like to frame it. Sure, it’s all sex and death imagery cobbled together in an obvious state of frustration and misery, but it’s mine; I created it, a crazy visual representation of something within me, some voice that needed to say something.

And there’s this laptop that I’m typing on, decorated with my “Na Nach Nachma Nachman M’Uman” and “Thank an Israeli Soldier” stickers, and leftover Hebrew decals that haven’t yet peeled off of the keys (Which reminds me, I’ve got to get those replaced. Which reminds me, I’ve got to get back to studying Hebrew). And I have an iPod that seems to survive no matter what manner of abuse I put it through, filled with Depeche Mode, 80s pop, 90s grunge, The New Yorker fiction podcast, and Kabbalat Shabbat tunes that I am slowly starting to forget as Shabbat after Shabbat seems to pass me by.

I have a mezuzah nailed at the entrance to my room which I, hilariously enough, got from my mother for Christmas. There’s a kiddush cup sitting in front of a chanukiah over on the shelf where Bowie’s tank sits, the stems of the chanukiah wrapped in the Magan David necklace that I bought in Jerusalem with the last of the money I had to my name the day before I flew back to the States. It’s joined by another necklace that was gifted to me on the day I completed my conversion by someone who will no longer speak with me (A good memory, intertwined with a bad one–certainly, these must be mine). The Judaica is flanked by two ugly cat figurines with gaudy fake gemstone eyes that I’ve had for years, ever since I asked my mother to please pull them from her booth at the antique mall where she was selling them, because I just had to have them. A couple of colorful and cheaply made chopsticks that I bought at a chachkie store for tourists in Beijing sit awkwardly in front of where I light my Shabbat candles, alone, with nobody but Bowie the fish to wish a Shabbat Shalom to once I uncover my eyes and gaze thoughtfully at the flames (but Bowie is generally unimpressed, and just wants me to feed him more blood worms as his Shabbat meal).

I have a grey Pound Purry Kitten (remember those?) that I’ve had since I was five years old sitting on top of a bag that says “Megan’s Toys” from around the same era, along with a good luck Care Bear that my mother tearfully gave me when I left home for the first time when I was 18 to live with my then-boyfriend up in Portland. She handed it to me and said, “He had better always treat you right.” Well, I survived along with the Care Bear, so it must have been doing something good for me.

On my nightstand there is a framed black and white picture of my sister and I on her wedding day, my sister looking happy and lovely, me looking ridiculous with my gothy short black hair from high school and an oddly juxtaposed cheerful ring of flowers perched on my head. I also have what looks like a genie lamp holding some of my jewelry, a glass pot with birds painted on it that my mother gave me, simply because it was made in Israel, and that’s the kind of thoughtful person she is. It sits next to an antique mirror that flips over and reveals a magnified mirror on the other side, just in case I want to see every pore of my skin in upsetting detail while I put on make-up in the morning. It’s also a gift from mom.

I have a Lawrence Olivier’s Hamlet DVD that my sister got me for my birthday because I couldn’t find that version of my favorite Shakespeare play anywhere in town. It’s sitting next to an absolutely beautiful Pesach Haggadah by Jonathan Safran Foer, which was thoughtfully given to me by a friend who was gracious enough to invite me to her family’s seder last Pesach, where I sat as the somewhat uncomfortable and lone non-Messianic Jew at the table. My well-used yoga mat that my sister gave me because she had an extra one leans against the wall, opposite my exercise ball, and the out of tune guitar that I haven’t played since I was probably about 15 years old and lost the nerve to play because I thought I’d never be any good at it. The guitar is from dad.

I suppose, these things are really mine. Most of them have been given to me over time. If they’ve made it through the ten different moves that I’ve made in as many years, then, is it a stretch to say, that they must mean something? Even the large collection of knickers and strange collages? My things have been lost, stolen, and destroyed, either by me or someone else in a fit of anger, so these are the real troopers, the real pieces of home that I’ll take with me when I get up and run off again.

In the mean time, I suppose I really do have some wonderful things. They aren’t just things, after all; they’re pieces of my home, and they always come with me, or are waiting for me when I get back.

Maybe I have more to write about than I thought.