A word on events unfolding in Israel 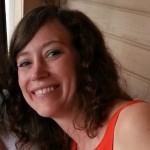 Although we are still catching up on our blog posts from the whirlwind of the first few weeks of our stay here in Israel, I wanted to jump for a moment to the present and speak about the current tensions happening around us.

First, I want to assure everyone that Lisa and I feel quite safe here in Jerusalem. Despite the sensational headlines and heated rhetoric being broadcast (or not) on the news, life in most of the country (including in most of Jerusalem where we are now) is quite normal. People are going about their business, living their lives and sipping their coffees, sending their children off to summer camp. Tourists shop, the markets are bustling, and the weather is beautiful. Israelis have a gift for almost defiant normalcy, and it is extraordinary that even with the tension surrounding all of us that life can and does go on pretty much as safely and normally as always.

That said, all of this happens now in a state of readiness. Hamas, the armed terrorist organization that controls Gaza, has been firing rockets into southern Israel for several weeks among tensions surrounding the abduction and murder of three Israeli teenagers by extremists and the revenge killing of a Palestinian boy by right wing extremist Israelis. Hamas recently increased the range and frequency of attacks, and the Israeli Defense Force began targeted air strikes on launchers and militant sites inside Gaza to cripple the capabilities of Hamas and other terrorist organizations, and has mobilized along the border with Gaza and nearby coastline. The escalation is obviously not the direction anyone had hoped for.

Last night, early warning sirens rang out over Jerusalem, and we calmly headed for shelter. But here far from Gaza, we were never in any immediate danger and never felt that we were. I know that may be hard to imagine, but I will try and put it into some perspective. Not to downplay the seriousness of a rocket attack, but the Chinese-made rockets Hamas is firing at Israel are pretty crappy, and they don’t usually come even close to hitting their targets or anything else (the ones that triggered this particular alert landed harmlessly in a field south of the city). When they do hit, these are not the massive missile strikes you see on the news, but rather small impacts that cause relatively localized damage, and everywhere in Israel buildings are built with shelters to withstand such impact. Certainly dangerous, especially in areas close to Gaza where warning is very short, but rarely deadly. By the time a rocket has reached central Israel, there has been ample time for people to reach safety and for Israel’s excellent missile defense system Iron Dome to lock on and intercept any rockets that are somehow still bound for urban targets. When the sirens end and the threat is over, people text their relatives to check in and then return to their evening drinks and their world cup soccer games, much like midwesterners after a severe storm warning at a cookout watching a ballgame.

Lisa and I feel very safe here, and we are being smart about our activities and travels. We are among friends and we always know where there is safe shelter nearby. Like everyone here we are paying close attention to developing news. We are in one of the best defended countries in the world, and the IDF is very, very good at keeping Israel safe. In the meantime, we pray for the lives and safety of everyone here in Israel and Gaza, the Israeli and Palestinian civilians in the south, the Israeli military who are protecting us, and even the lives of the terrorists acting in their misguided anger. May there be no need for anyone to be put at risk very soon.