Confessions of a Pyromaniac 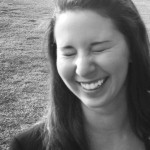 I haven’t always been obsessed with fire. In fact, when I was younger I used to be terrified of it, to the point where I would hide in the pantry closet when anyone in my family lit birthday candles. It’s a long story, but let’s just say it had to do with a Passover hametz-burning that went horribly wrong. Somewhere along the line, however, I learned that a controlled fire could in fact be a beautiful and mesmerizing thing, and it’s a love affair that I continue to kindle (pun intended) to this day.

Being shomer Shabbos means different things to different people, but for me a central part of my Shabbos observance is lighting candles Friday night and doing the havdallah service Saturday night. My Shabbos experience is thus bookended by a very special, intimate moment with fire.

Over the past few years I have come to appreciate the Jewish significance of fire on a whole new level, and the meaning contained in a single flame never ceases to amaze me. In Hebrew, the word for fire has the same root as the word for man. Just as fire is an expression of raw potential being actualized in the world, so too can man, beginning from dust, turn into actualized potential, illuminating the world around him. Fire also holds a spiritual significance in the way it defies the laws of gravity and ascends upward toward heaven. No matter how much it may flicker and waver, it remains steadfast in striving to point upward, and in that sense it is also a remarkable, admirable thing to behold. When I light Shabbos candles on Friday night, I also like to think about something I was told a few years ago, that a candle in a dark room helps us see more clearly.   It doesn’t create something that wasn’t there before, but rather illuminates that which was already there. I like to think about that every Friday night: what in my life have I been taking for granted? What people and things could I examine more closely through the lens of Shabbat?

I have now spent three Shabbats in Israel, and each has been so incredibly special. Last Shabbat, my landlord, who is the nicest human being in the world, invited my roommate and me over for Shabbos lunch. He then extended the invitation to include havdallah, going out of his way to make us feel included in his family’s Shabbat experience. What followed was truly the most amazing havdallah I have ever experienced. It was like nothing I’ve ever seen. After saying all of the prayers, instead of extinguishing the flame right away, my landlord explained that they like to do something as a way to “send off the extra special soul that we receive on Shabbos, and to say goodbye to it as it goes back up to heaven until next week.” He had me at hello, but what followed was even more incredible. He took a ceramic bowl that had Hebrew letters written inside, and it was filled with some kind of liquid, and he asked the children, “What letter should we choose?” The letters were like vessels, bringing out the extra special Shabbos soul, and he touched different letters with the candle’s flame until suddenly the whole pool of liquid caught light and started blazing this mystifying, electric blue. It was the most magical, dancing flame I had ever seen. I say “dancing” because this flame was truly moving and folding and contorting itself in the most hypnotic way. It was safely contained in the bowl and yet gyrating all over the place, with bursts of yellow and orange flickering here and there, but mostly this deep and soulful blue. The family burst into song, and we sang some I recognized and some I didn’t, but I hummed along as best I could. The room was engulfed in darkness while this single flaming bowl illuminated our faces, and I was so utterly and completely filled with joy. I sat there staring into the fire with the same innocent and raw fascination I felt as a child, staring into the Chanukah candles with my face pressed up next to the flames (post-pantry-phase, of course). I could feel the power emanating from that bowl of fire, as if the spirit of Shabbat really was manifested before my very eyes.

My Chumash teacher, Tovah Leah, highlighted something so beautiful about havdallah last week. She pointed out that the opening of the havdallah prayer translates to, “Behold, G-d is my salvation, I will trust and not be afraid.” Why would we say this while lighting havdallah candles? Because darkness is a scary thing. In the world of electricity we are so rarely immersed in complete darkness, but to be in that vulnerable state is to gain a deeper appreciation for faith in the face of fear and isolation. As I sat there at my landlord’s kitchen table, everyone huddled around this incredible, mystical havdallah fire, I found a new connection to the meaning of havdallah, the meaning of a single flame in a dark room, and the meaning of Shabbat in the context of my hectic, busy-brained week. “I will trust and not be afraid” means that I will trust in G-d to provide light in a dark place, whether that dark place is physical or emotional. Moreover, I will not be afraid as I step forward into a new week, outside of the spiritual solace of Shabbat and into the day-to-day grind, because that flame, that single spark, is something I carry inside of me long after havdallah is over.