The Angel of Death (Berachot 4b) 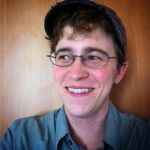 My hevruta and I came across this line of gemara on Berachot 4b more than a year ago, when we first sat down to learn our way through the first masechet of Shas. I’ve been reminded of this haunting image over the past several months with every new headline from West Africa and, as of this week, with every new update from Dallas. While the true death toll from Ebola virus disease is unknown, the official count has lurched over the 3,000 mark, far exceeding any other Ebola virus outbreak in history. The gemara is right. In times of plague, death flies with devastating efficiency.

How does this happen? The gemara offers a spooky illustration but no explanation. Even the pshat of the sentence is ambiguous. Is the Angel of Death speeding up to cause plagues, or simply to respond to demand?

If we want to understand how plagues happen, perhaps the best place to look is San Francisco in the 1980s, where a plague struck down young healthy men living in what was supposedly the most sophisticated health care system in the world.

Like many of you reading this, I’ve never known a world without HIV. When I was in 5th grade I sliced open my finger on a piece of metal during recess. I bled like a stuck hog. Blood dripping down to my elbow, I asked a classmate to help.

“Sorry,” he said. “My mom told me not to touch anyone else’s blood.”

I didn’t blame him. My mom had taught me just the same.

For my generation, blood has always been infected. Sex has always carried a risk of death. Discarded needles in the gutters have always been a parental nightmare. I can’t imagine a world any different.

But before the mid-1980s the world was a very different place. Nurses didn’t always wear gloves. Sometimes they would stop bleeding with their bare hands. Sex was rarely more dangerous than a handshake. Stepping on a needle was no cause for panic.

Just before the start of the 1980s, gay males in San Francisco had accomplished a dream come true—sexual liberation. Young men in their 20’s and 30’s had flocked to the city from all over the U.S. to partake of its freedom. It is one of the cruelest twists in history that a certain retrovirus landed in the U.S. around the same time, burning its way through the community, leaving in its wake the obliquely worded obituaries of young men by the tens of thousands.

We lost an entire generation of gay men. It’s hard to wrap one’s brain around this. I once met a man who told me, when I asked what it was like to be a gay man in his generation, “I was about 20, 21, having the time of my life. And then all my friends died.” He explained that there were about ten gay men in his small town. Within a couple of years, 9 of them got sick and died.

That kind of loss is incomprehensible to me. What’s more incomprehensible, however, is the fact that AIDS, with all of the resources the U.S. had, could have been prevented. But it wasn’t.

Too few people realize even now that AIDS only became the international scourge that it is today because people failed to ponder why the Angel of Death was zipping from gay male to gay male with such petrifying celerity. Their lives simply weren’t valuable enough to merit attention. On top of this, the CDC and the NIH were too embarrassed by the mechanics of gay sex to study the transmission of the disease until it was too late. Journalists were too squeamish to report the epidemic until it trickled slowly into the hemophiliac community (but, safer still, to their wives’ who were even further removed from the suspicion of having engaged in gay sex.) Gay leaders, either ashamed of the plague on their community or demoralized by the utter hopelessness of stopping it, failed their community by fighting to keep the bathhouses open and refusing to advocate for safer sex or monogamy. HIV may have started among a select community in San Francisco but within a decade it had infected half a million across the nation, to say nothing of the parallel disaster that was unfolding in Africa. AIDS was a man-made epidemic of the worst kind.

While HIV and the Ebola virus are very different from a virological perspective, there are already some uncomfortable parallels. One reason the death toll from Ebola virus disease is unknown is due to its similarly stigmatized status, causing people to hide victims in their homes. Stigma and secrecy always amplify a disease’s death toll. Ebola virus, like the HIV of the 1980s, also comes with a devastating fatality rate. When treatment is so often hopeless, what reason do people have to bring themselves to the hospital for a diagnosis? Many people with symptoms of HIV sought short-lived comfort in denial. The same seems to be happening with Ebola virus. And, like the silver-haired married men in the CDC who came, clipboard in hand, knocking on the doors of early HIV patients, we also see in West Africa a serious cultural gap between provider and patient. Local trust in foreign medical volunteers has eroded, and cultural incompetence has no doubt confounded efforts to contain the outbreak.

The gemara doesn’t explain itself, but history has filled in the rest of the sentence. The Angel of Death flies in eight, except when people give it seven shortcuts.

(For more reading on the U.S. response to AIDS, please see “And The Band Played On: Politics, People, and the AIDS Epidemic” by Randy Shilts.)