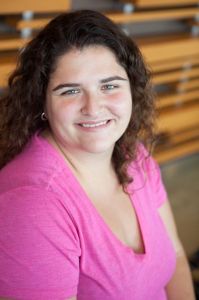 Over sukkot, I found myself in New York, running through Union Square to meet a friend. I was running late, laden down with packages (a necessity of every visit to Manhattan), when I was stopped by a man holding a lulav and etrog and asking every passerby who’d listen if they were Jewish. Some people avoided eye contact with him, awkwardly skirting around the man in a black hat and coat on an unseasonably warm day, standing in front of his sukkah on the busy corner. However, years of growing up in New York and living in Jerusalem have given me familiarity with all of these elements, so I made eye contact, letting him know that I am in fact, a Member of the Tribe. Instantly, he came over to me, holding out his lulav, and immediately asking me to come into the sukkah and fulfill the mitzvot of Sukkot.

Running late and eager to get to my friend, I begged off, honestly telling him that I had already fulfilled the mitzvah. I’d been to synagogue during chag, had shaken the lulav, and was eating every meal in my family’s sukkah. However, the dichotomy of my words and the vision of me, in my jeans and t-shirt, didn’t seem to resonate for him, and he assumed that I was lying. The coercion began: explaining the mitzvah, pleading with me to listen, following me up the street, all the while refusing to listen to my assurances that I had, in fact, fulfilled the mitzvah.

In that moment, the Pardes bubble burst for me.

I’d been lulled into a sense of security over the last few months, being cocooned in an environment where Jews from all backgrounds are welcome and accepted exactly as they are. At Pardes, there’s no contradiction between a girl who wears jeans, studies Talmud, and lights Shabbat candles, but not because of halakha, but rather because of peoplehood. It’s ok to be egalitarian and traditional, to debate questions of theory and practice and to allow our personal Jewish journeys to progress in non-linear fashions. Within the walls of the beit midrash, there are few absolutes, and nothing can be assumed. Everything is a question, a journey, an experience. However, no one has the legitimacy of their practice questioned.

But whether or not they’re being honest about their Judaism? No.

We regularly talk about the uniqueness of the Pardes experience. It’s a place where people with seemingly infinite motivations and diverse backgrounds come together to study Torah for its own sake. The conversations are moving and erudite, and holiness seems to flow forth, both inside and outside of formal learning. So, while some of us regularly complain about being in a bubble, noting that it’s not “real life,” I’m now starting to relish in that bubble. With a Jewish world outside that is by no means as open and accepting to its own diversity as I would like, I’m happy to have this time in a bubble, where questions about my Judaism come from a place of love.