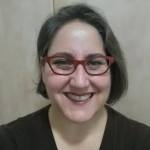 I came to Pardes this year because I needed to be in Jerusalem. I was supposed to start rabbinical school in the spring, but I decided to come to Jerusalem instead for the summer to study Hebrew and deepen my Jewish experience and identity before then embarking on my rabbinical journey in August.

But a few months in Jerusalem didn’t point the way to rabbinical school in Los Angeles. Instead, they pointed the way back to Jerusalem. There seemed to simply be no other choice, no other option, but to return here and see where this adventure might lead.

Because in Jerusalem, I felt nurtured and supported spiritually and socially. In a country full of complete strangers, I felt more of a sense of belonging that I can remember anywhere else. I felt safe and welcome, and every cab driver and shopkeeper seemed so happy to help me learn Hebrew, encouraging me to stick with it, ‘aval la’at, la’at,’ meaning slowly, slowly, even though they spoke so quickly!

But mostly I came because of an internal pull, a sense of something needing to be discovered and explored, of some sort of personal and spiritual excavation, of unearthing a treasure that I’d only recently understood existed beneath the surface.

While I grew up with a strong sense of being Jewish, it wasn’t a particularly religious identity.  I got some of the basics of our Jewish story and structure, but not with much detail or practice. Liturgical structure and its accompanying choreography still often feel like a foreign language, and ‘a’ way, but not always ‘the’ way, sometimes offering a doorway into Jewish meaning, and sometimes causing obstacles. And I know I’m not alone in this feeling, in this experience.

But regardless of, or maybe because of, my relationship with and to Jewish religious practice, I felt a very powerful pull to come to Israel and understand myself as Jewish: why I feel this, what it means, how it does and doesn’t align with other versions of Jewish-ness, how and if that matters, and what I want to do with Jewish-ness going forward.

In the midst of this Jewish exploration, one thing that remains crystal clear for me, is that the hand of G*d is at work in all of this, that He is in the midst of everything here. And that nothing changes me, nothing changes humanity, more than the singular relationship between the human soul and G*d. This is in my heart, and at the heart of all I endeavor to do in my time in Israel.

I am grateful every day for the chance to learn with enthusiastic, smart, committed people who enjoy exploring exegesis and hermeneutics and Chumash and Mishna and Talmud and Siddur, and who want to know what it means to us today, because it’s part of our story, however that story unfolds.

Because whatever the next chapter in this ancient narrative of Judaism will be, we are the ones writing it, the ones living it. During my first visit to the Kotel in 2010, I had a transforming experience, of sensing the presence of those who came before, who had been patiently waiting for me, holding their wisdom and experience in trust for me, and were relieved that I had finally shown up so they could pass it on, and leave it in my hands. And that feeling and that image never leave me. That I’m the next generation to carry this ancient wisdom into the world, and that what happens next is literally in my hands.

Not just my hands of course. But in the hands of all of us who choose to explore and experiment and learn and make this great wisdom authentically our own.