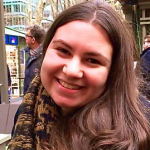 When I was ready to enter nursery, my parents brought me into a school. First they were interviewed, and then I was. One of the first questions I was asked was, “do you have any brothers or sisters?” At the time, I had one younger brother. Rather than a yes or no to answer this seemingly simple question, I decided to answer by singing a song. It was a song that I used to sing to my brother while running around the house. The main point of the song was that he was “the brother of Tamar Benus”. Apparently being a big sister at age three was the most important job I could ever imagine.

In this week’s parsha, Parshat Vayishlach, there are two episodes that focus on siblings. The first is found in Perek 33: Yaakov and Esav meet up for the first time after Yaakov received the blessing that was supposedly designated for Esav, and then fled their father’s household. The second story is found in the very next perek. Perek 34 tells us of Dina, the daughter of Yaakov and sister to twelve brothers, whom Shechem defiles. Two of her brothers, Shimon and Levi, avenge her name.
Both stories highlight the reactions of siblings to one another. Both stories present familial dynamics that otherwise we would not be privy to. Both stories exemplify the strength of a sibling bond.

A look back to Parshat Toldot, and Esav’s reaction to Yaakov taking the the blessing for his own, was (Bereshit 27:41),

“I will slay my brother Jacob!” Yaakov proceeded to run away from home, never looking back.

It was understandable that Esav would be fuming with anger: the younger sibling, undeservingly, took what belonged to the older. However, in this week’s parsha, the two brothers meet and reconcile from their falling out. The pasuk states (Bereshit 33:4),

“And Esau ran to meet him, and embraced him, and fell on his neck, and kissed him; and they wept.”

All the anger, the frustration, the annoyance had seemingly melted; what was important was that they were together again. Imagine the scene: Yaakov, nervous to see Esav again; scared to death, that his stronger, older brother would still be holding a grudge. He is instead embraced tightly and securely by Esav. The eldest sibling took responsibility and changed the dynamic of what was expected. Yaakov could, once again, consider his older brother a friend. Esav could, once again, consider his younger brother a companion. The past had been erased so the future could exist.

Loyalty is an unspoken rule of siblinghood. If a parent asks, “who did it”, you don’t rat anyone out (trust me, I am the oldest of four kids, I know a thing or two). This notion of allegiance rings true as well for Shimon and Levi. The two brothers defend their sister Dina’s honor. They take matters into their own hands, and while many reprimand their actions, it is understood/accepted among Tanach commentators that even though their rampage was not ideal, their intentions were pure. Ramban, in his commentary, points out that there was a psychological need for Shimon and Levi to destroy the city of Shechem, as they were fulfilling their understood duty to be protective older brothers. At the end of this perek, Shimon and Levi say rhetorically to their father (Bereshit 34:31),

“Should one deal with our sister as with a harlot?”.

There is a strong sense of solidarity and unity amongst the siblings in this story. They felt duty-bound as siblings to “have her back”.

Expectations of sibling behavior are high and in this week’s Parsha they don’t disappoint. Esav teaches us that it is imperative to put the past behind you, not to hold grudges, and that sometimes a hug can be reparative. Shimon and Levi teach us to be there unconditionally and to offer support in both good times and bad.

“A’cheinu, Kol Beit Yisrael”, the whole nation of Israel are all siblings. This week Parsha brings to light the importance of appreciating the siblings we all are, the family of Israel.