I wrote the following reflection after returning from my second trip with Encounter, an organization that brings Jewish leaders to meet with and hear from Palestinians in the West Bank and East Jerusalem. The goal of these trips is not to find political solutions or to dispute each other’s narratives, but rather to encounter voices that might challenge us and expand our minds and hearts. Inspired by our brave panel of teachers at Pardes who recently presented their own individual take on the current situation that we find ourselves in with the Israeli/Palestinian conflict, as well as my experiences with Encounter, in the following I reflect on examining the challenge of finding our own voices in this struggle.

After returning from our trip to East Jerusalem, the pervasive feeling in my body and soul could probably best described as a giant sigh–a sigh for the heaviness of what I had seen and heard, for the fear and cries of mothers, and the shattered hope I saw in the streets of Jerusalem from the many “sides” of the current conflict. The question that keeps coming up around all of this for me, time and time again, is, what is my voice? What is my role in speaking within my own community, and perhaps outside of it, and in using the skills I have to attempt to heal even a small piece of this brokenness?

In my chumash class, we have been reading the beginning of Exodus. We have been reading about Moshe’s character development as he changes from a man of divided identities (raised in Pharaoh’s palace, but nursed by a Hebrew), to emerging as a leader of B’nei Yisrael.

As Moshe undergoes this process of transformation, there are three stories in particular that spoke to me, each offering a different model of how we may better understand our own personal roles in speaking out for social change. (See Shemot/Exodus Chapter 2):

We know that Moshe was not a perfect man or a perfect leader. But perhaps these three stories tell us that he continued to grow into a leadership role by trying again and again to act for justice, as limited or flawed as some of his attempts may have been. Furthermore, by continuing to stand up for what he believed in, Moshe ultimately found his home, and the place that would be the start of the rest of his journey.

In our present day conflict, where lines between us and them, cause and effect, powerful and powerless become so quickly muddled and distorted, I have seen so many kinds of power wielded in ways that I find frightening and disturbing. As for me, I am still hesitant to use the personal power that I have for fear of causing more harm; who am I to know where to even start? And yet, I still have hope that we need not wait on the sidelines in silence when we see something we find unfair and unjust.

We have our bodies, our physical presence and power.

We have our eyes to see into suffering.

We have the power of our words.

We have the power of our empathy

We have the power, even in times of our own distress, to reach a hand out to a neighbor in need, even when we are unsure of what we may receive in return.

For myself, I now know this:

I want to keep meeting Palestinians.

I want to learn about the roots of fear on both sides of the conflict.

I want to talk about my experiences with my Jewish communities at home.

I want to find the courage to go to protests I support here in Israel, even though in the past I have been afraid to present my views so publicly.

I wish for all of us that we will find our home, the place where we can feel safe to discover our voice and share it with the world. May we find the courage to take a stand, big or small, in words or in deeds, in ways that may surprise us. Whether we are strangers in a strange land or already in the place where we know we belong, may we sow the seeds together to let our voices emerge, present, clear, and strong. 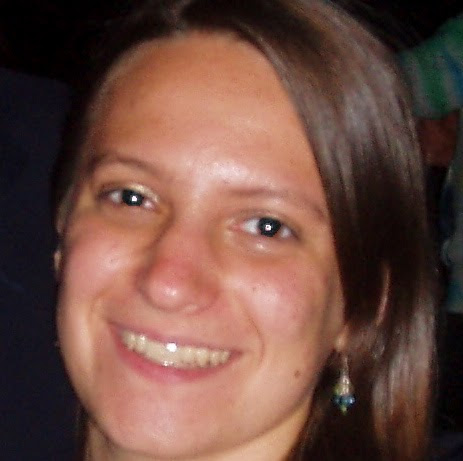