Searching for God Between Science and Faith

Over the past 18 months I have been living a more religiously Jewish life. At the same time, I have constantly confronted the question of whether or not I am going in the direction of a life that I believe to be true, and that will ultimately make me happy. There has yet to be one moment of brilliant insight, or an experience that has left all doubts of belief in God and my Jewish faith in the dust. Instead, there has been an overall progression of an ideology within me that I feel is making me a better version of myself, and orienting me in a way that makes me feel more stable and connected. After a recent conversation about religion with a friend, in which I was left at a loss for words when trying to articulate my recent move towards a more Jewish life, I was sent a video of a debate between David Wolpe, a prominent American rabbi, and Sam Harris, a staunch atheist. It’s this debate that really was able to help me come to terms with how I feel about my own belief and why being Jewish is important to me.

You can watch the debate here: https://www.youtube.com/watch?v=OSBaAT6WPmk

My respect for the atheist

Sam Harris is brilliant and extremely articulate. He’s a philosopher, neuroscientist, and best-selling author who has the ability to convey his points in an understandable way. Harris is one of the largest proponents of a new social and political movement known as New Atheism, which criticizes, exposes and ultimately attempts to debunk religion. When Harris makes a claim, you can be sure he has the ability to back it up with evidence-based research.

As difficult as it is for me to swallow Harris’s anti-religious sentiment, I have read one of his books and thoroughly enjoyed it. Coming from a scientific perspective, Harris gave me the ability to better understand my consciousness, the foundations of mindfulness, and many other concepts which I take to heart. I understand Harris’s main premise, that on the basis of science, religion is nonsensical. Rabbi David Wolpe rebuttals with, “The belief in God is not a scientific one, but is a metaphysical one.” I agree with Wolpe, but don’t want to discount that for many people, this premise works, and that they can live a happy, fulfilled life without belief in a higher power. However, for me, the idea of God makes sense in regards to living my best life, whether or not it fulfills its obligation to be an evidence-based claim.

One of the biggest mistakes religion can make is attempt to prove the validity of God scientifically. This is not only a waste of time, but an effort that undermines the idea of what belief in God really means; as Wolpe puts it, “Religion offers a system and set of beliefs to live with consciousness and an orientation towards God.” An assertion that God can be “proven” actually works against the very premise that God is an entity that is incomprehensible, and becomes something that can be explained by our human faculties.

This is one of the best ways I can describe my own orientation towards Judaism and the way I want to live my life. The claims of Judaism, and with it, belief in God, are not claims that I stand by in any scientifically proven way. Whether or not Kriat Yam Suf happened as described in the book of Shemot is not an argument that I care to have. It’s the wealth of knowledge, the questions and insights in the text, and continuous unfolding of these stories throughout time that excites me.

Science as an aid to faith, not a deterrent

All of this would be easier to accept if I didn’t agree with Harris’ assertion of scientific reasoning as a way to understand creation, human existence, and our world as a whole. In fact, learning more about science (and especially about the brain) is a way that I feel I can come closer to formulating my belief of what God truly is. It in no way discounts or takes away from my assertion that there is something that I will never be able to comprehend that underpins the fabric of the universe.

I think we’d get a great deal of benefit by learning the sciences with more rigor, and understanding how the human brain functions. The more we understand how the world really works scientifically, the more awe and wonder we can derive, a point once echoed by Abraham Joshua Heschel:

Science extends rather than limits the scope of the ineffable, and our radical amazement is enhanced rather than reduced by the advancement of knowledge…Scientific research is an entry into the endless, not a blind alley: solving one problem, a greater one enters our sight. One answer breeds a multitude of new questions; explanations are merely indications of greater puzzles. Everything hints at something that transcends it.

Life is better with belief

My belief in God not only lies within the idea that I actually believe in God’s presence, but that I want to live in a world in which God exists. As one of my favorite teachers at Pardes has taught me, “Only we can decide our own reality,” and my reality becomes significantly more meaningful, happy, and whole when I believe in a higher power beyond my comprehension.

Life is better when I believe in God, when I believe I am connected to a faith, and when I can continue to develop my own sense of identity through these means. As Rabbi Harold Kushner puts it, “Our souls are not hungry for fame, comfort, wealth, or power. Our souls are hungry for meaning, for the sense that we have figured out how to live so that our lives matter.”

The evolution of religion

Thinking of God and religion as emergent and not immobile ideas is most likely counter-intuitive to non-religious believers and religious traditionalists alike. However, the evolution of religion and God’s existence have been evident throughout history with the help of radical philosophers, thinkers, and scientists, pushing the envelope when it comes to understanding and belief in the divine. Harris points out the downfalls of religion of the past through his examples of human and animal sacrifice and traditions that are no longer kept, without actually considering the possibility that those archaic ideals no longer stand because of this very evolution of religion.

Judaism is more than belief in God

Harris argues that studies showing religious people are happier cannot be fully trusted because, “religion is very good at building community, and the variable of community has not been teased out in many of those studies.” However, I think Harris misses a major point of religious observance, and “teasing out” the variable of community in Judaism for instance, would be to discount an important variable that needs to be factored into this complex equation.

In my Jewish life, discounting the variable of community would mean to discount my love of kugel and cholent, of singing at the Shabbat table, and even my love of Mel Brooks movies. In my quest to understand myself as a human being, my religion and Jewish communal identity are one in the same, and parsing them out leads to an unrealistic view of myself as a person.

It’s not so black and white

Maybe the most interesting part of the debate between Harris and Wolpe is the fact that it even happened in the first place. What seems so strange is that in our world today, where we experience so many nuances and grey areas in all aspects of life, that we would feel the need to debate this topic as if there were an absolute answer to obtain, as if arguing the ultimatums of, “God exists,” or “The idea of God is archaic,” is a good way to learn from each other.

When I was attempting to come up with the words to articulate how I felt about my religion, belief in God, and ability to have the people in my life understand why I have gravitated towards this lifestyle, I was left at a loss for words. Luckily, Jewish activist Jay Michaelson seemed to have the perfect words to express what I could not:

For Harris, you’re either a fundamentalist or a waffler. He has no notion that religion is not always about belief, or that it is deliberately designed to function on multiple levels, or that it has progress built into it. He condemns religion, often in language I enjoy, but seems to be talking about something completely alien to everything that I practice.

Yet, when all is said and done, even those of us with the strongest convictions about faith feel the need to justify and counter those who oppose us. I can only once again feel as if we still have so much to learn from each other even when standing on opposite sides of this fence. As Michaelson goes on to say, “I don’t want to argue with Sam Harris; I’d rather meditate with him. 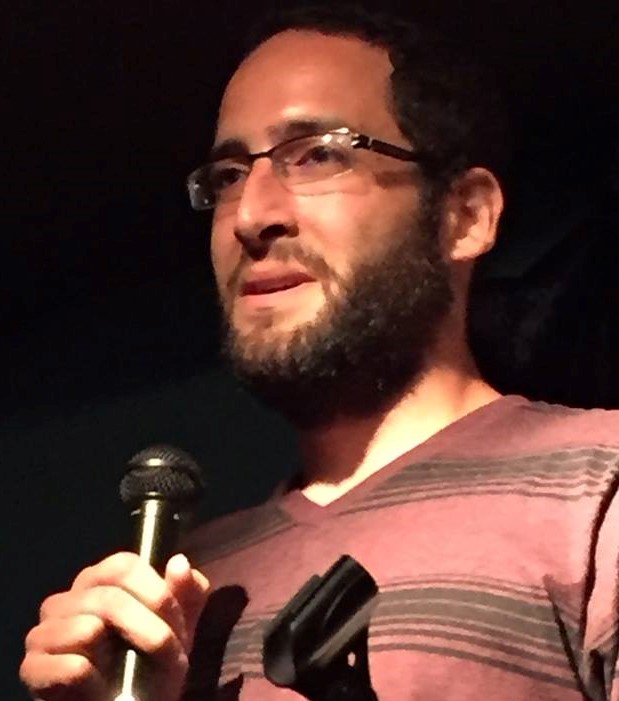