Hi–I’m Rivka from Chicago. Because I’m leaving Pardes in two weeks, I wanted to take this opportunity to thank my teachers, my fellow students, and the Pardes personnel, all who have been my teachers (Joanne taught me how to wrap my head). One of my friends in Chicago said, “education is relationship.” “Yeah,” I said. “A great idea!” But I really didn’t understand what this meant until I came to Pardes.

As I sat in the Beit Midrash, surrounded by all these books, at first I felt overwhelmed. But then I thought of them as my ancestors talking to me. At the same time you’re in relationship with the past, you are also in relationship with the present: your teachers, chevruta, and the text, and also the future–what the text means in your life. All these relationships were my education. Being connected to the past, present and future all in the same moment, is what Judaism is about. Think Shabbat: being connected to creation, as we light candles and say Kiddush, and also to future redemption. I came to Pardes to study text. But an unexpected transformation happened: my teachers, Tovah Leah Nachmani, Zvi Hirschfield, Mike Hattin, Mike Feuer and Ruth Gan Kagan, opened a window or door that gave me access to a deeper understanding and meaning of prayer, which has changed how I see the world and my Jewish practice, for which I thank them. I learned that prayer may not change G-d, but it changes you.

My take 5: Inspired by a recent Mishnah class with Zvi Hirschfield, we learned that a blessing or prayer that tries to change what has already happened is an empty blessing. The discussion turned to the many regrets and “do-overs” we all wish for anyway. But rather than live with regrets about the past or false hopes about the future, I’ve come to realize that all the losses, job changes, deaths, marriages, friends, and relationships in our lives, are not isolated events of a past history, but are the culmination of what brought you to where you are, and who you are right now in this place, in this moment.

So who am I and how did I get here? I jokingly say, although it is true, that when I was 12 years old, I wanted to be a rabbi. I loved to study Jewish texts. But I was told that girls can’t be rabbis. So I became a neurosurgeon–that’s a brain surgeon. And you may not know that there are a few hundred woman rabbis in the US today, but I was the 22nd female neurosurgeon of 4000 guys.

Yes, I was a “glass ceiling breaker,” highly aggressive and competitive; I had to be better and brighter than all the guys (there were very few woman in my medical school, none in surgery). I was a real B. There’s a book about this kind of male hierarchical model in business called Lean In. I now want to write the book called Lean Out. There are other models for how to be in the world, and we have to create new models that reflect humanistic values, and Jewish values. We don’t have to work on Shabbat. We can be home with our kids. We can relate to others in the workplace with kindness.

So my life resembled one of those pet guinea pigs, you know, who run on that wheel in their cage all day long? Yes, that was me. In my other world, I’m Dr. Roberta Glick, Professor of Neurosurgery and Neuroanatomy. I worked for 30 years on the south side of Chicago in “the ghetto” taking care of the poor, 24/7, 80-100+ hours a week. My life was like the medical TV shows, but without all the glamorous sex. On weekend nights, when the sun went down, while most of you were home with family and friends, or peacefully sleeping in your beds at night, I was usually in the OR pulling bullets out of gangbanger’s brains, or reconstructing skulls smashed by baseball bats, or working on innocent children caught in the crossfire. How many suburban housewives have seen a 5 year-old child’s brain explode in the OR after being shot by their father because he was mad at his wife? And then I would go home in the morning to breastfeed my newborn baby, and I worried about whether my kid was playing with plastic or natural toys. I saw man’s inhumanity to man on a daily basis, and either you harden, or become cynical, or it breaks your heart.

My specialty besides pediatric and adult trauma, is malignant brain tumors. I had a lab where we developed a tumor vaccine, I wrote papers and grants, published and presented my research internationally, and I went to Bolivia, the poorest country in South America, 1-2 times a year to reach out and operate.

So when I was 18, the reason I wanted to be a neurosurgeon, was that I loved neuroscience. I loved studying everything about the brain, I wanted to help people, and I was good with my hands; my dad had a hardware store and I loved his tools. Neither of my parents went to college, but they were clever. I had a vivid imagination, which inspired me.

But a few years ago, my answer to that question changed. My younger sister was diagnosed with a malignant brain tumor (my specialty) and then I knew why I became a neurousurgeon: to keep my sister alive. I organized her care, which included experimental therapies and kabbalistic healing prayer with a mystical rabbi. Extreme science and extreme religion. The establishment took care of everything else. She miraculously lived for three more years.

When my mother, my father and my sister all died within three years (my father and sister were in the hospital at the same time, and we had my father’s shiva in the physical therapy room), I was the only Glick left standing.

I have a brother I’m very close with, but he is not religious and lives in Nevada. So I took on the obligation to say Kaddish for everyone, and that’s a lot of Kaddish. Two years worth. But Kaddish became an opening for me for having a daily spiritual practice. I did go to Temple every Shabbat but now I went every day. Depending on the season, the sun, my schedule, and carpool, I either said Kaddish in the morning before work, which would frame and set the tone of the day, or in the evening after work. Funny, my whole day was about me: my work, my family, my life, my issues. But saying Kaddish made me re-focus and change my perspective: it wasn’t about me, it was about turning to G-d.

This actually led to me developing a daily mindfulness meditation practice, now Jewish, but that’s another story. My son always tells me, “Mom, don’t do the mindfulness, loving-kindness, compassion thing. They don’t want it.”

So, I was probably burning out and did not know it. I decided that I needed to stop running on that wheel and get out of my cage, so I took a sabbatical. I wanted to finish my two half-completed books and my 12 research papers; I wanted to spend time with my younger son who was about to leave home forever and go off to college (he’s in Israel now too). I needed to take care of my best friend who was diagnosed with cancer and needed a bone marrow transplant and had no one to take care of him,

But most of all, although I’ve been studying Judaism informally and intermittently for 20 years, I wanted to immerse myself in serious Judaic studies and spiritual endeavors, and decide if I really want to live out my lifelong dream of going to rabbinic school (in which I am enrolled). 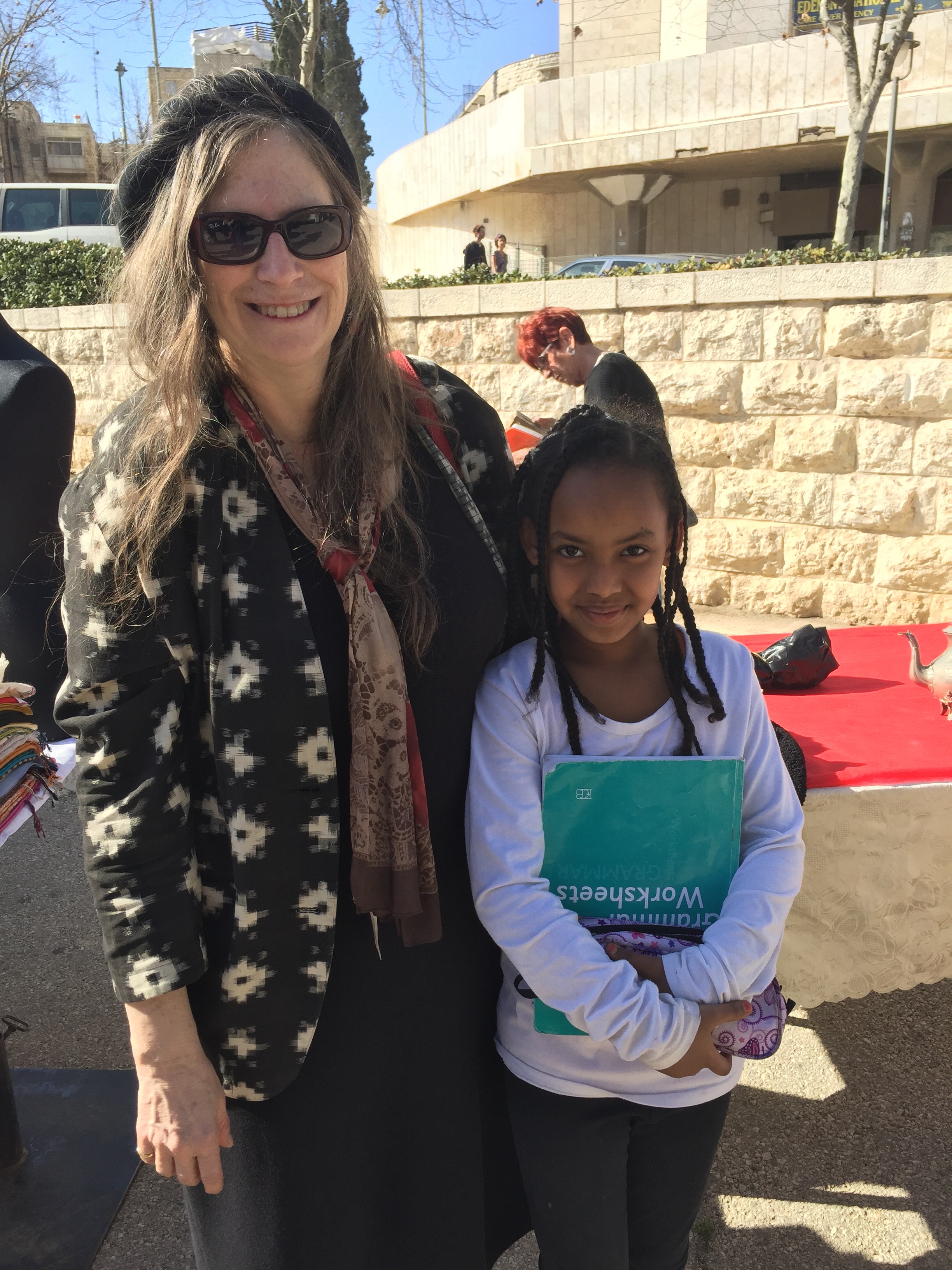