My grandmother, Beatrice Gould Emerson, died the first time I left the United States alone. My trip was in part for her sake. I was traveling for a summer in Russia, the first of our family to return to that part of the world since our great-grandparents left. I had been there a week when my dad sent me the email saying that my grandma had passed away. Tucked into her bed, as my family likes to emphasize in the telling, with all of the dishes cleaned and the garbage taken out and her white silk slippers in perfect parallel on the carpet beside her bed. I imagine that she had a tumbler of whiskey on her bedside table.

There is something of the uncanny around my grandmother’s death. She was the last person of the family I saw before I left that summer. And I was the last person in the family she saw before she died. I slept in her Manhattan apartment the night before my flight from JFK, and we talked about our whole lives, told old rehashed stories, imagined what Russia would be like.

“You’ll have a great time,” she said.

“I’m nervous,” I replied. “I’ll be with all of these other students, and I’m not sure how much I like them.”

“Just keep your expectations low,” she advised. “That way, you can only be impressed with what happens.”

That evening with her felt like the end of something and the start of something else. In the morning, she hugged me goodbye and watched me from her apartment door as I walked down her hallway and got into the elevator. The parting felt peaceful and final. I have wondered whether she knew, in some part of herself, what was coming. Of course, after the fact, that “beginning” thing now feels like my life, and the “ending” thing feels like hers. Like the passing of a baton.

In his email to me, my dad told me not to come home for the funeral, that my grandmother wouldn’t have wanted me to miss out on my program. So I didn’t attend. But I planned to visit her grave as soon as I could, which I did not only as soon as I came home that summer but also during Pardes’ semester break this year. I brought a small Jerusalem stone with me to leave on her headstone.

Since my family’s plot is on Long Island, it seems a statistical likelihood that my grandmother lies in close proximity to some of your relatives. The cemetery is called Beth Moses. My friends, for the sake of your personal, spiritual, and poetical associations with death, I hope you have never been there. It neighbors an airport. And a literal landfill. Bulldozers long ago rolled the landscape flat as that of a 1950s suburb. The cemetery is enormous. When my dad drove me on that frozen day in December, graves stretched on each side of us as far as we could see. To top it off, the road we were on split a Christian side from a Jewish side in the cemetery. Even in death, we’re going to end up staring each other down from our social groups.

Inside the cemetery, the headstones are not laid out in a grid, like the graves of soldiers might be. They are clustered together like neighborhoods. Cul-de- sacs of the dead. The road—complete with sidewalks and traffic lanes—lead our car past mini-shrubberies and mini-lawns to our own family’s “block,” where my grandmother is lying under a bigger “Emerson” headstone. There also lie my grandfather and his two parents.

My dad left me at the graves to find a cemetery employee to better clean the headstones, which had moss growing on them. I was standing by my grandma. The ground around her was frozen and frosted. I put the stone on her grave. I took off my gloves to open my phone and find the amidah to daven, because what the hell do I know? My dad returned with the report that the cemetery center had a Plexiglas window and one employee, like in a post office, and the person told my dad that, like at the post office, no one could help him today. Presumably including the person speaking, who couldn’t be bothered. Yet more evidence that this place so dreadfully embodied the saying, “death is just another part of life.” My dad and I stood together by my grandmother’s grave, contemplating the inlaid stones.

It then struck me as a noble idea to put the Jerusalem pebble not on her grave only but on the Emerson headstone, for them all. I bent down, picked it up, took one step toward the “Emerson” headstone, and I swear to God, the frozen ground of my grandmother’s grave gave way under my foot. There was an air pocket in the frozen soil, and my leg sank down to the knee. I screamed. My dad screamed. I fell backward, pulled my leg out, and cried, “I stepped on Grandma!” I found somewhere to safely spit over my shoulder. We got out of there as fast as we could.

I suggest, my friends, that you not take the advice my dad gave to me that summer five years ago. Attend all your family member’s funerals. Not that I think my dad was wrong—knowing my grandmother, I think his estimation was probably right that she would have wanted me to finish the trip she saw me off on. But I loved her. She was a learned, wealthy, complicated woman who treated me as an equal, and to an angry, lonely young woman, that was a transformative gift. Some of you remark on my style, my ways of speaking or thinking. Those artifices are the walls and pillars of a temple I have built around the sacred place in my heart where my grandmother still lives, to borrow an analogy from a favorite writer. They are my memory of her.

So when my foot fell through the very grave soil of Beatrice Emerson, whose final blessing sent me on a journey and who rests in a suburban Hades, AND I didn’t go to the funeral, my ghostly imagination started going pretty wild. It would have been better to de-mythologize the end of her life, to witness her inanimate and laid in the ground to rest forever, than to wonder “Did I do something wrong??” And to feel, as I do now, that something has broken the boundary between our world and the next. 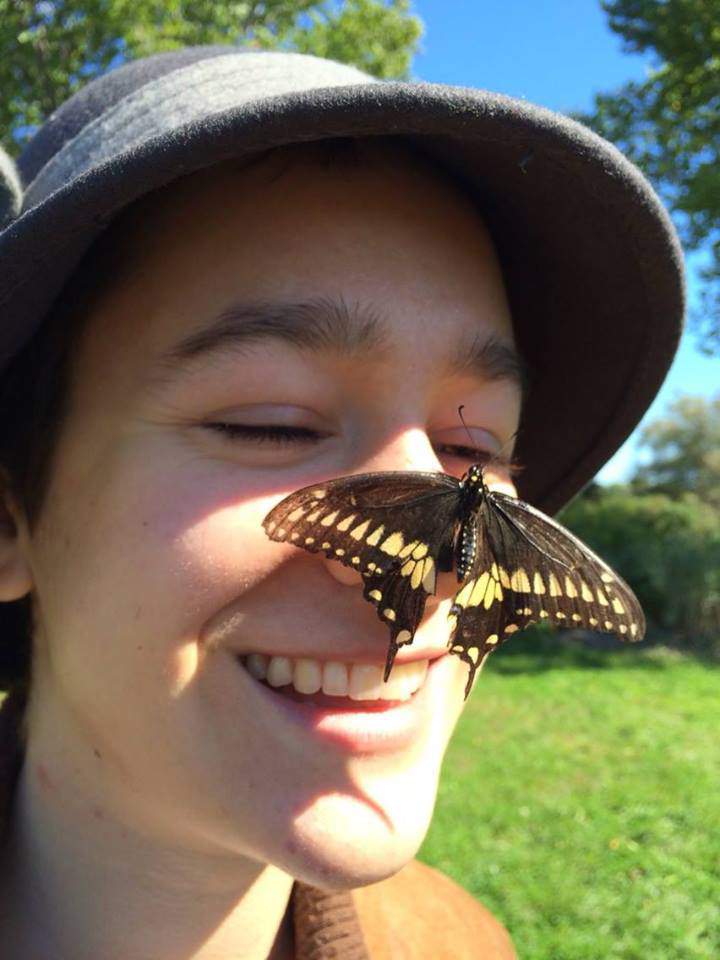