The week long Pardes/Germany Close Up trip was full to the brim to say the least. The first couple days were filled with so much life, living Judaism and confronting the Holocaust and its memory.
Our program began with a conversation with our trip organizers including Dr. Dagmar Pruin, who is an incredible woman, and who’s dedication and work in the field of interfaith, German-Jewish and holocaust education is admirable and quite inspirational!

Jewish Germany and the Holocaust

Friday night we attended services and dinner at Morasha, a community center sort of based on a Chabbad model with a shaliach and their family. A year ago I never would have believed that I would spend Friday night Shabbat with young Jews from all over the world in Berlin. It is incredible to see a family so dedicated to providing a Jewish experience for young people who may not find it elsewhere. Living Judaism in Berlin in its own right is absolutely incredible, and having the opportunity to share in that experience is unforgettable! It fills me with hope that after the horrible destruction of the Jewish people was orchestrated in Berlin, yet there is rebuilt and thriving Jewish life there.

For Shabbat services we were given the options to attend a Masorti/Conservative service or an Orthodox service. I attended the Masorti/Conservative service in the Oranienberg Straße synagogue, housed in the shell of a former great synagogue that survived the Holocaust. The service was surprisingly familiar for me having grown up at a Conservative shul. I was honored with an aliyah, and it was the first time that someone in my family has had an aliyah in Germany since before the Holocaust. It was an incredibly powerful and meaningful experience for me, and one that I will carry with me for the rest of my life. I strongly identify with my German Jewish heritage and was very appreciative for this special opportunity.
After services we joined the community for Kiddush lunch, and spoke with the Rabbi Gesa Ederberg. She is a firebrand one of a kind figure. Her dedication to her community and service of her community is absolutely awe-inspiring. 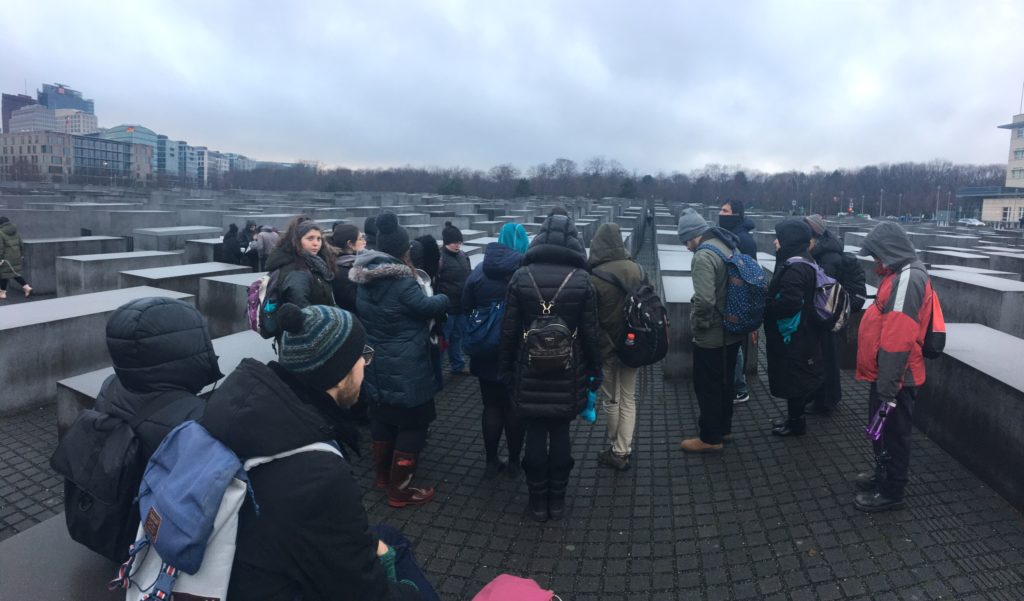 On Sunday, we spent the first half of the day visiting the Sachsenhausen Concentration Camp and visiting the Memorial to the Murdered Jews of Europe. Personally I struggle with the experience of being in the space of a former concentration camp. The dead is so pervasive, and deep that it overwhelms me and I have a hard time comprehending it. I connect more to stories of individuals and their stories. On the grounds of a former execution site in the camp where thousands of Soviet Prisoners of War were murdered, there now stand four pictures of young men who each appear to be teenagers. That was heart wrenching and tough to see…

During our visit the amazing Katrin guided us. She was open and honest with us, and did not shy away from discussing difficult issues with us. She told us that her own family ties to the Nazis led her to do this kind of work. We all appreciated her openness in discussing such difficult topics. For me Katrin represents the facet of German that I connect to strongly, the part of society that confronts its history and wrongdoings in order to try to understand them and build a better future. I definitely idealized Germany in the past, and my main growth in perspective was fueled by frustration in the large sections of society who do not share such openness in dealing with the past. Like all things, a nuanced and complicated relationship better represents the complicated nature of reality.

In the afternoon we visited the memorial to the murdered Jews of Europe. We were all stricken that the sign for the memorial does not mention the Holocaust at all, or the Nazis. It appears, as it could be any historical memorial to a past crime, but not specifically the holocaust. It is an open-air monument and people are able to move about among the many stone slabs. We observed as people posed inappropriately for selfies and treated the place with apparent lack of due respect. With our guide there, we discussed the architect’s intent, to build a monument that allows visitors to come, as they are to encounter it, instead of constructing a monument that would have channeled the experience more closely. I don’t know where I stand on this issue, but it was troubling to see people behave inappropriately at such a monument. Downstairs there is a museum, and among all of the pamphlets for the memorial, only the pamphlet in Hebrew mentions the Holocaust. The lack of direct acknowledgement of such an obvious period of history infuriated all of us.

We visited other museums that added a lot to our experience, but for me the visiting places people on the trip had personal connections to struck me the most. One day at lunch Liam and I accompanied Susie to the building where her great grandparents lived, and it was really special to share that experience with her. We also visited the PestalozzistraSe Synagogue, where Rahel Berkovits grandfather Rabbi Eliezer Berkovitz was a Rabbi before the shul. Rahel delivered a short shiur of her grandfather’s writings, and we spoke with the Rabbi there. It was quite a special experience! 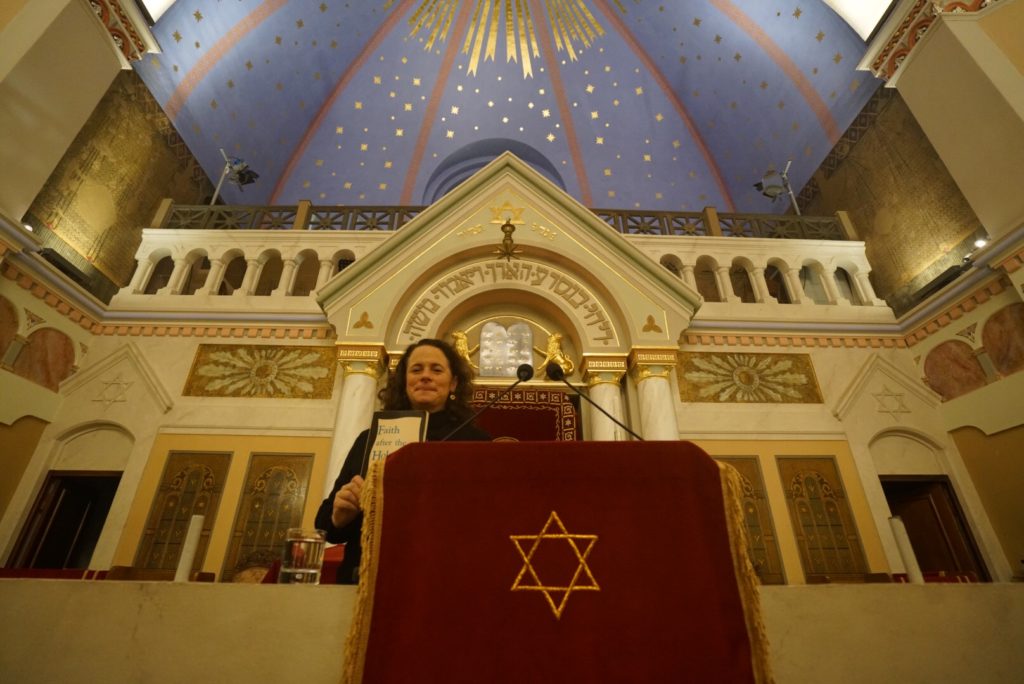 We were fortunate enough to hear from Karsten Voigt, a retired elder statesman who was very active in the foreign office for decades and is an expert on German foreign affairs. It was fascinating to hear about Germany policy and interests in the world, and how a German politician views world politics, it was quite unique. We also met with a diplomat who works at the Israel desk in the German Foreign ministry. She articulated Germany’s moral responsibility to the state of Israel and added that the two countries are actively building relations to expand joint interests and projects. Afterwards we concluded the day of politics with a panel including a human rights lawyer, a policy adviser to a member of Parliament who is the spokeswoman for Anti-fascism of the Left faction, and a representative from an organization that documents and reports anti-Semitic incidents in Berlin. They spoke about their work for human rights and specifically anti-Semitism, and even though their work might not cause someone to be pessimistic, their dedication to such an important work is cause for optimism. This panel represents my hopes for a healthy society. Every society has healthy parts, and less healthy parts, and hopefully will work hard to maintain the healthy parts and improve the less healthy. These panelists are kept very busy with their work, telling us how much work is left to be done. For me this was eye opening, as much progress Germany has made owning up to its past, it is still commonplace to disconnect from the Nazi past which only allows for racist attitudes to persist.

We spent the last two days of the trip exploring two centers of German Jewish history, in Worms and Frankfurt. On the train from Berlin to Mannheim, one of the participants, Jessica Jobanek sat in the café car to record herself leyning the parsha for her Bat Mitzvah student. She recounted feeling as if she stepped out of herself and felt the weight of history and possibility crashed down on her. Another participant wrapped tefillin on the train. This train ride was full of historic irony that a group of American Jews riding a train in Germany from the former Nazi capital to the cradle of Jewish Ashkenaz would practice their Judaism as they normally would.

In Worms we visited the old synagogue where Rashi learned or taught in the Yeshiva and we learned some of Rashi’s teachings with Rahel. We also visited the oldest synagogue in Ashkenaz and visited the grave of Meir of Rothenberg among others. Walking among such ancient Jewish history is incredible. I am grateful that this cemetery wasn’t destroyed. I am also filled with a sense of pride and hope that after the Shoah, the Jewish people have survived and can return to visit our history in Germany even when the Nazis would have relegated us to museum exhibits. We ended our trip in Frankfurt, visiting the site of Rabbi Sampson Raphael Hirsch’s synagogue as well as the memorial to the Jewish quarter and cemetery.

All in all, it was an incredibly powerful trip. To visit a country who made it its mission to eradicate the Jewish people, and to practice Judaism in this place is incredibly empowering and uplifting for me. Throughout this trip I felt a stronger connection to my heritage. I am also thankful to Germany Close Up for providing me experiences to grow and develop a more nuanced, deep, and human relationship to the complicated history in Germany from ancient times to modern. It was quite a trip! 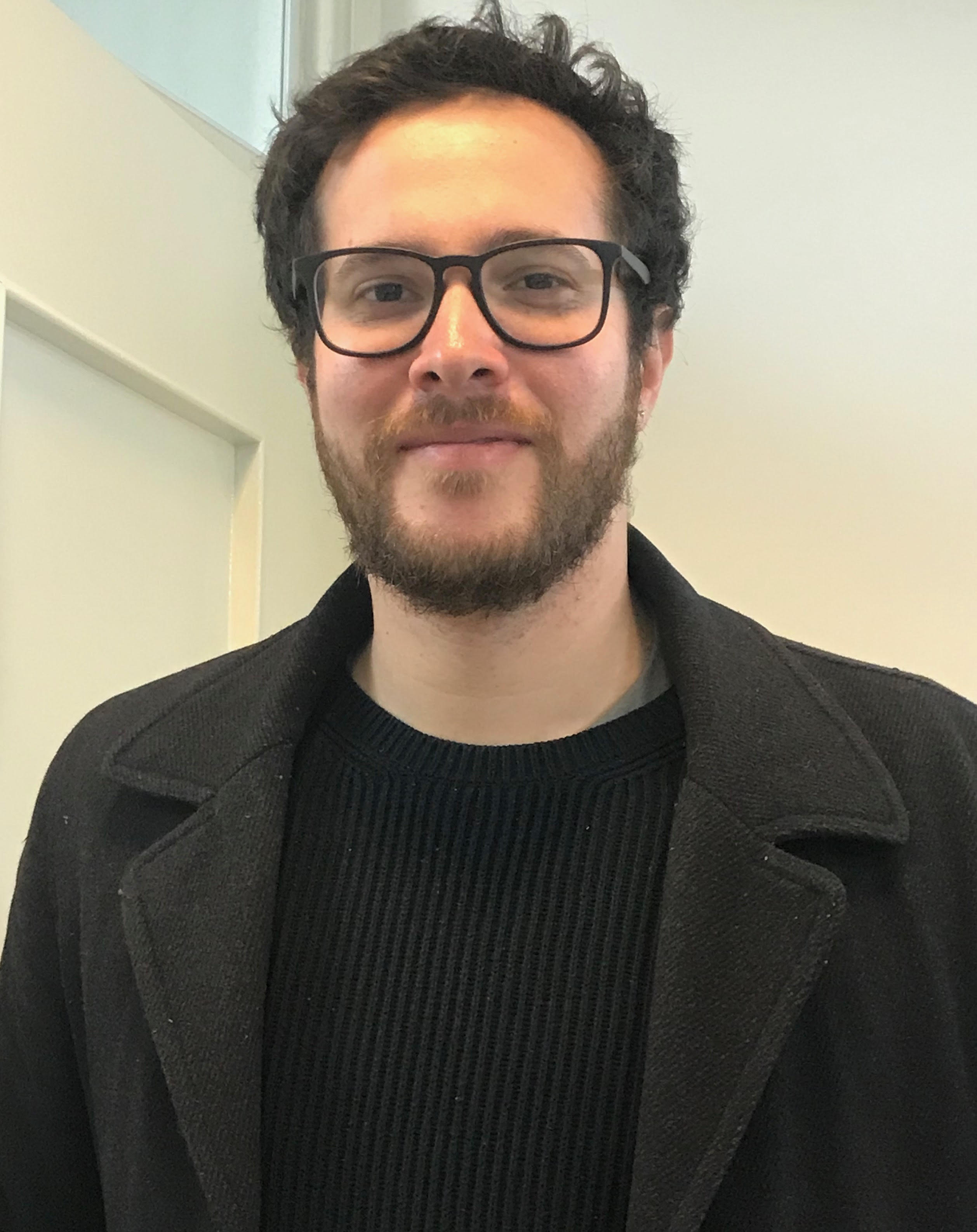