120 years after Theodore Herzl stepped foot in Eretz Israel for the first time, a group of yeshiva students makes its way slowly through the countryside just outside of Zikhron Ya’akov, one of the first Zionist settlements established in the land of Israel. Our boots are heavy with mud formed after an early spring rain that swept through the North the evening before, and our morning prayers still hover on our lips – “Grant dew and rain as a blessing on the face of the earth, and from its goodness satisfy us, blessing our year as the best of years.”

In innumerable ways this year has been a blessing. I have had the opportunity to take a year in Israel to immerse myself in Torah study, to walk the streets of our holy city, to spend my days learning alongside some of the brightest, most passionate Jewish students that I have had the privilege to know. However, as I plod through the wet earth, my eyes captured by the fire-red kalaniyot blossoms and the deep green hills of Ramat HaNadiv, I feel a calm spread through me, the kind that only comes in those rare moments when I leave the Beit Midrash and my mind is stilled by the overwhelming natural beauty of this land.

I have visited Israel many times in my life, but the Modern Israel Seminar brought me to places whose history I had never known. We learned about the painful story of the Atlit detention center, where European Jewish refugees once again faced imprisonment and uncertainty just when they thought they would finally reach freedom in their historic homeland. We traveled down Mount Carmel to pray mincha in the Cave of the Prophet Elijah, a space so powerful that I was moved to tears when I entered it. One of the most memorable experiences of the trip was our visit to Usifiyah, where we learned about the beliefs and practices of the Druze community and shared a delicious traditional meal. At each site visit, I was reminded of the complexity of Israel’s history, but especially of the strength and generosity of its people, who guided us, educated us, fed us, and sheltered us throughout our journey. 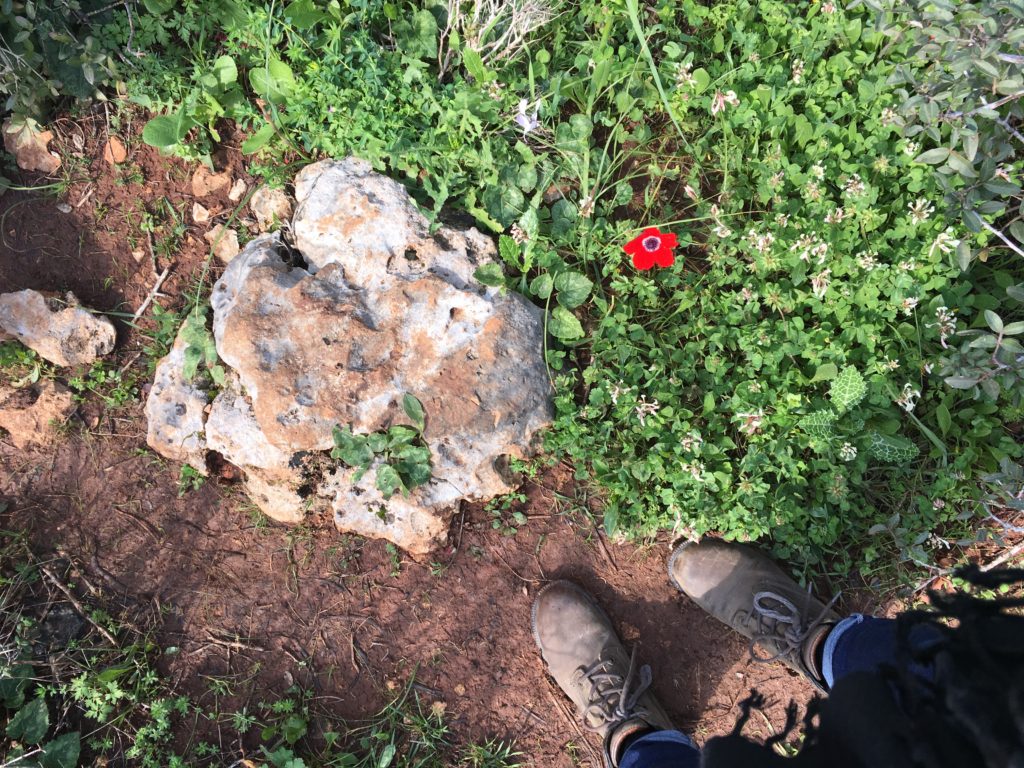 Of course, it wouldn’t be a Pardes tiyul without a little bit of Torah. This week’s parsha, Ki Tisa, begins with God commanding Moses to take a census of the Children of Israel. However, this census would not be done by a simple role call. Each person, no matter how rich or how poor, would be accounted for by giving a half shekel towards the construction and maintenance of the Tabernacle. Each contribution would serve as “a remembrance before God for the Children of Israel, to atone for your souls” (Shemot 30:16). The giving of the half-shekel promotes equal participation of Am Yisrael towards a collective good, and through this spiritual cause their souls are elevated together. As Rabbi Meir explained it, if you’ve been counted, you now have a role to play. The goals of the Jewish people are collective ones, and each person must take responsibility for their contribution.

As a student in the Experiential Educators program, I think often about what my “half-shekel” will be when I return to America, reinvigorated after a year of study at Pardes. I know that I will hold on to the lessons I learned during this tiyul about Baron Edmond de Rothschild, “The Known Benefactor.” Rothschild did more than just follow in the tradition of sending money to Eretz Yisrael to prop up the poor Jewish communities of the Old Yishuv. He poured his immense resources into building farming towns and wineries, so that these small, struggling settlements would one day develop into thriving, self-sufficient Jewish communities. In my own small way, I hope to follow in his footsteps by providing young American Jews with the knowledge and tools that they need to empower themselves Jewishly and craft their own narrative in our collective story. And, God-willing, one day they too will find themselves on the crown of Mount Carmel, overlooking the fresh green valleys and the expanse of the Mediterranean Sea, and know that they are counted.