South and Back Again: A Visit to Antarctica

Recently, I returned from an excursion to Antarctica-The White Continent. My fascination with the polar regions began during my residency training program in 1980 when one of the nurse practitioners I was working with turned out to be the granddaughter of Admiral Bryd, who is credited with being the first person to fly over the geographic North Pole. She reminisced about the stories he shared with her and I started reading. Polar exploration in the late nineteenth and early twentieth century was akin to the space race in the late twentieth century. Expeditions both private and government sponsored were undertaken and the returning expedition leaders were the “rock stars” of their age with publishers clamoring for manuscripts of their adventures and the public flocking to lectures in large venues all around the globe.

A classic in this genre to this day, “The Shipwreck at the Bottom of the World”, is the detailed account of the attempt by Earnest Shackleton and the crew of the Endurance to be the first to cross Antarctica from the Ross Sea to the Weddell Sea. They failed. Their ship was crushed in that year’s unusually heavy pack ice. But against all odds and through the extraordinary leadership of Captain Shackleton, the entire crew survived. Not only did they overwinter on the continent unexpectedly, they were forced to sail in three small boats 6 days to arrive at uninhabited Elephant Island. Captain Shackleton and a crew of 5 men then under took what is still heralded as one of the most incredible feats of navigation in the history of sea journeys. They sailed 800 nautical miles in the roughest seas on our planet in a wooden skiff with only a sextant for navigation to reach a whaling station in the South Shetland Islands. They were unable to land on the occupied side of the island and walked over the uncharted mountainous interior for 3 days before reaching help. It took another 4 months for the men on Elephant Island to be rescued, but Shackleton would not give up and brought every man home.

Anyone who wants to learn about how to be a leader and for that matter a team member should read about their journey and about Shackleton. When announcing my plans for this trip, I was often asked, “Why Antarctica?” I love penguins-who doesn’t? It seems their purpose on earth is to make us laugh. And, I am awed by whales. True, the scenery cannot be encompassed, understood, or appreciated by looking at photographs. Is is too vast, too stark, and too overwhelming. It must be experienced. But I went on this journey to pay homage to the understanding I gained about how to be a leader and team member, a truly human person, responsible and responsive, from studying Captain Shackleton and the story of the Endurance’s crew. 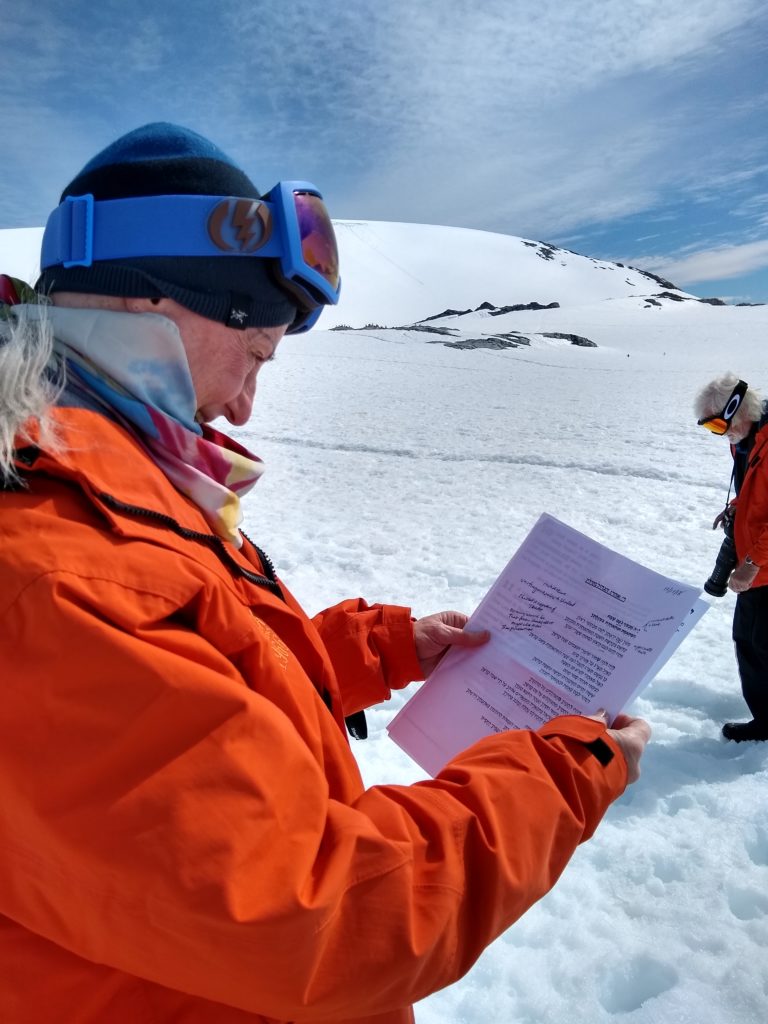 While on this trip, I had many experiences that most people on the planet will never have. I was “Spy Hopped” by a humpback whale that I could have reached out to touch it was so close. I saw a Blue Whale, the largest creature ever to have existed. I walked around in a colony of 100,000 breeding pairs of Adelie penguins. I sailed through the seas where the Atlantic and Pacific oceans converge. I saw the largest iceberg currently floating in the ocean, 12 X 5 nautical miles. I could hardly say the blessings fast enough as one amazing creature and site after another presented itself and all for the first time in this year. I lost track of the She-hecheyanus.

But unexpectedly, some of the most memorable moments of the trip were the result of fulfilling the mission Rabbi Cooper had given me to study Rambam and to sing a niggun while on the White Continent. I enlisted a shipmate to take photos during my Judaic studies. In the lounge while waiting for the daily summary and plans for the next day’s excursions to be shared, some people asked what I had been doing. Word got around and as the trip drew to a close almost 25% of the 150 guests shared some part of their Jewish journey with me. It was entirely unexpected and quite remarkable. While I had gotten to know some of the people on the trip casually, the connection among us as Am Yisrael was entirely different. We were no longer people here only to appreciate the astonishing beauty and amazing bounty of this frozen arid land surrounded by a cold sea abounding in life, but were suddenly a community with a broader shared history and many common life experiences. The emotional content for me of this shift of perspective about my shipmates reminded me of what occurs at Pardes each semester as new students arrive, see that they are distinct, but realize how connected they actually are. My trip was made so much richer through this sense of community. Thank you, Rabbi Cooper for the assignment and thank you Pardes for being such a vibrant open community. 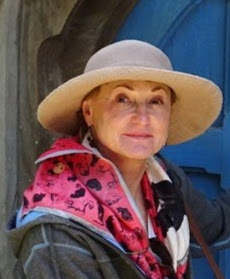