Our day began with a speaker from B’tselem, an Israeli organization that documents human rights abuses in the West Bank. Sweat stains gathered around the speaker’s armpits and across his stomach. He communicated information without emotion. I struggled to connect with facts that I have heard so many times before. I recalled the first time I learned about the disparity between the military courts and Israeli civil law, which encircle Palestinian and Israeli lives in the occupied territories of the West Bank, and collide into a system of inequality that the speaker from B’tselem (and myself) define as a form of apartheid.

Students ask about Israeli Jews human rights to visit holy sites. Another asks that if the occupation would end tomorrow, wouldn’t Tel Aviv turn into Sderot? What is your vision for the future? The first of a kind of question that would be repeated throughout the day was asked: The speaker from B’tselem, like the rest of the people we would hear throughout the day, when we would venture into Hebron, was vague.

A teacher at Pardes rebuked the speaker of B’tselem for mentioning the violence of Baruch Goldstein, a Jewish terrorist who in 1994 opened fire in the Ibrahmi Mosque, known to Jews as the Cave of the Patriarchs, and murdered 29 Palestinian Muslim worshippers, injuring 150 others. Why not mention the Palestinian violence against Jews that lead up to that attack? The Pardes teacher charged. I felt a throbbing anger in my brain, in my body, which was to worsen as the day went on.

I’ve driven into the West Bank many times. I hate the wall, which hides Bethlehem so perfectly. Posters of Rabbi Meir Kahane bloom like flowers on the bus stops. I can tell the Palestinian homes from the black water tanks that stand a top the white tanks, a reserve cistern for if and when the Israeli government shuts off their water. Settlement houses, neat as the American dream, sprawl across hill tops.

We make it into Hebron, and now I’m sitting in a synagogue and holding a photograph of when it was an open air animal market, in the years following the Jordanian occupation. I’m listening to Noam Arnon, the spokesperson for the Jewish settlers in Hebron, whose tenure began shortly after Baruch Goldstein’s massacre twenty five years ago. Noam is saying he wants peace, he’s saying his community doesn’t believe in terror. He’s talking about 1929. He’s talking about 1967. He’s talking about 2005. Hebron massacre. Six day war. Evacuation of Gush Katif. These events animate the stories of several speakers throughout the day. I ask about Baruch Goldstein. Noam knew him. He says he went crazy after his son was killed by Palestinians. Goldstein was a follower of Kahane. I think about all those posters I saw on the bus ride. I know that Baruch Marzell, the successor to Kahane’s political party, which called for the expulsion of Palestinian Arabs from Israel and the occupied territories, lives in the Jewish settlement of Hebron, too. Did Goldstein go crazy or was he part of a larger movement, which still has deep influence on the settler population? It’s not an honest question for me to ask. I know how I feel.

We walk down Shuhada street, where Palestinian Arabs are not allowed. We walk past the doors that were shuttered by the IDF. We come to an astroturf park, a staircase named “HaTikva,” meaning “the hope.” A zit faced twenty year old IDF soldier fingers his gun, and controls an electric gate. The fencing around fills up with Palestinian school children and old women. He controls their entrance and exit, checking their ID’s. A young woman is stuck behind the gate for fifteen minutes, she is a teacher at the school, but it’s her first day. They don’t “know” her yet. Two religious Jews bound through the gate, the checkpoint, without showing their ID’s.

The students at Pardes are eating their lunch on the astroturf fence that is in the shadow of the staircase checkpoint. I feel a sickening anger run through me. I am filled with visions of tearing the electric fence down. I hate that it feels out of the realm of the possible.

We can’t meet with Issa Amro, the founder of Youth Against Settlements, a nonviolent Palestinian youth organization in Hebron. Issa is not allowed on Shuhada street, and we aren’t allowed to go to his location without a bulletproof bus or a military accompaniment, per the regulations of Pardes. The bus driver is refusing to drive us, because, he says, the street is too narrow. A member of Youth Against Settlements meets us at the staircase, and tells us his story. He told us his number given to him by the IDF, explains how the checkpoints function, and disrupt his life. A young child, an old woman, school children, come and go behind him, each time showing their identification cards to the soldier. He is asked what his solution is by a Pardes student. His answer is vague. There is so much to be done today that feels like a dream; why fantasize about the future? I feel my anger eating away at me. I believe that asking about a ‘solution’ has become a twisted form of complicity.

Our tour leader asks the zit faced soldier what his life is like and we listen to him. This wasn’t planned. I look him in the eyes and ask, “do you think about what it feels like for a young child to see you with a gun, behind the fence that you control?”

I see pain in his eyes. I ask him how it feels. I thank him. The rest of the day begins to blur. I prayed in the Cave of the Patriarchs. I wanted to clear my mind. A hassid trembled in prayer next to me. We drove to a settlement in the outskirts of Hebron and heard from a settler, Menucha, who wore a sparkly head wrap. I had had enough. Just last week I was in the South Hebron Hills, in Umm Al-Khair, a village of 170 Palestinians. They are only allowed to draw water for seven hours per week. Their only source of electricity comes from solar panels. It’s residents live under constant fear of demolition by the IDF. Settlements, like the one we were in right now, are right next to Umm Al-Khair. The settlers, like Menucha, have access to water, electricity, and the protection of the IDF. They get subsidies from Israel and from US donations.

I don’t care about a future that will never come. I care about the injustice of the present, which has festered for decades. I care about the ways that people numb themselves to injustice, deflecting blame and prioritizing their own comfort. At the same time I feel poisoned by my own righteous anger. I found the Pardes trip to Hebron to be challenging most of all because it laid bare the ways in which all of us consent to this horrific reality. 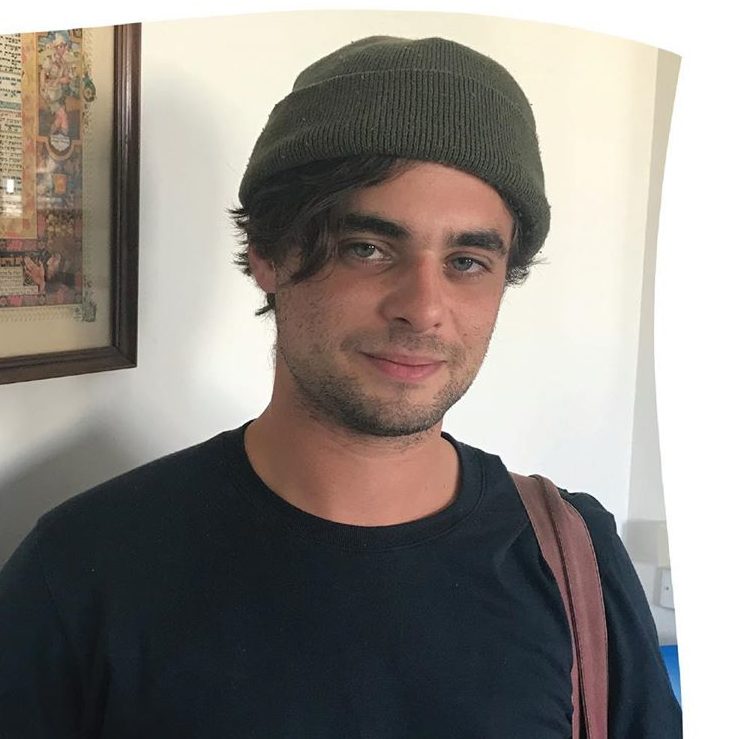