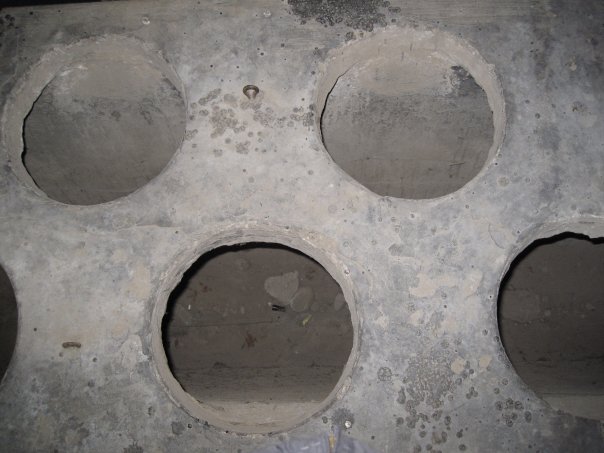 Auschwitz I (the main Auschwitz camp) has been turned into a museum.

(plural form of tallit), of bowls, plates, and cups, of prosthetic limbs and canes, of suitcases with names written on them, of shoes and children’s shoes, of broken children’s toys, of shoe polish and brushes…

The remains of Auschwitz II-Birkenau (the extermination camp) have been preserved, but not restored.

I have photographs of a cattle car sitting outside of Birkenau, of our group’s march from the railroad to the camp’s front gate (the path the prisoners were forced to march), of a guard tower and views of the camp from its windows, of the prisoners’ quarters, of barbed wire fences, of crematorium remains, of the building where those prisoners marked for work were sheared, showered and tattooed, of crowded holes in long cement blocks that served as latrines for the prisoners…

I’m not yet sure how to emotionally process a single murder, let alone the systematic murder of millions. Beyond this, I also have difficulty thinking of any human beings as… a separate race; as… non-humans; as… vermin; as… a plague. I have difficulty relating to the idea that a person could convince hirself that a fellow human isn’t… human.

The “Jewish Question” was a point of major discussion among the Nazis, which ultimately led them to decide upon the “Final Solution”.

I recall speaking with one of my friends during our trip about the difficulty that we shared with processing the Nazis’ evil. We discussed “racial anti-Semitism”, relative to religious anti-Semitism. Racial anti-Semitism predates the Shoah, but the Nazi manifestation of this bigotry was unlike any other. The Nazis claimed that one couldn’t leave behind Judaism because being Jewish was woven into one’s DNA.

It’s important to understand that the Nazis de-humanized the Jews gradually. First came the Nuremberg Laws, stripping the Jews of their citizenship rights. Then the Jews were herded into overcrowded ghettos, away from the non-Jews of Europe: out of sight… out of mind. The Nazis then implemented Operation Reinhard, systematically exporting Jews from the ghettoes to their deaths at extermination camps via cattle car.

I encourage you to click on that link about the cattle cars; it illustrates the ikar (core) of the Nazis’ strategy of de-humanization:

“There was no water. There was no food. There was no toilet, no ventilation. Some boxcars had up to 150 people stuffed into them. It did not matter if it was summer, winter, boiling hot or freezing cold. And an average transport took about four and a half days… The longest transport of the war, from Corfu, took 18 days. When the train got to the camps and the doors were opened, everyone was already dead.”

Imagine having no room to move for days on end, stuffed into a cattle car. People would defecate, and women would menstruate where they stood. People died in these cattle cars, freezing to death, starving to death… those who remained alive in the cattle cars had to stand among the corpses. When they arrived to their slaughters at the Nazi extermination camps, they were weak and ill; they were dirty and smelly… their dignities had been stripped from them; all part of the Nazis’ strategy of de-humanization.

The Nazis’ process of de-humanizing the Jews was insidiously gradual, taking place over a period of ~10 years. They consciously stripped the Jews of their humanities, step by calculated step. We value our privacy today; and where more so than in the restroom? The prisoners at the Nazi camps were granted no such privacy.

At Auschwitz II-Birkenau, shivering in the frigid night cold, looking down upon the crowded cement holes that served as latrines for the Nazis’ prisoners, I had difficulty imagining what it would have been like to have been stripped of the most basic of human dignities.

And I couldn’t stop shivering.