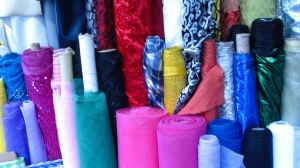 in this week’s parsha, וישב, our attention focuses on yaakov’s slew of sons .  it seems there is something about yosef, the 11th son, whose very name’s is rooted in the word to add (אסף), that intensifies the experiences and emotions of those around him.  with yosef, you seem to either love him or hate him, each emotion taken to its extreme.  his father, yaakov clearly favors him over all of his other children.  God singles him out, “lending him success” in all he does, as well as embueing his sleeps with dreams of his family’s future subservience to him.  both potiphar, pharoah’s chief steward, as well as potiphar’s wife seems to fall in love with yosef, which ultimately leads to his quick rise to success and even quicker fall into imprisonment.  and his brothers, well, his brothers hate yosef for his dreams of power, his tattletaling, and most of all, for his father’s favoring of him.

one day in the fields, the brothers conspire to kill yosef.  however, reuven, planning to return later and save yosef from the brothers,  convinces them to cast him into a pit and abandon him, rather than cover their own hands in their brother’s blood.  however, a timely, or untimely, hitch disrupts their plan.   the brothers, now led by yehudah, are easily convinced instead to sell their brother yosef to a traveling caravan of ishmaelites, rather than abandon him to his fate in the wild.  the text then notes that וישב ראובן, “reuven returned” to the pit, only to find his brother gone and sold.  where was reuven while his brothers sold yosef off to the ishmaelities, sending him towards egypt, forever altering their family and the jewish people?  where was reuven in that moment when the whole world changed?

may we live fully present in each moment, and recognize the potential for our world to shift with our next breath,