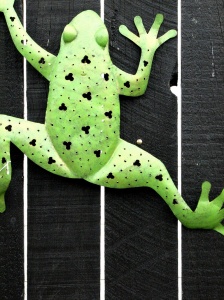 in this week’s parsha, parshat וארא,  i struggled with God’s hand in the hardening of pharoah’s heart and the destruction and violence that result.  while pharoah certainly has within him the seed to be the oppressive, tyrannical ruler that dominates this parsha, pharoah’s refusal and stubbornness to release the jewish people, seems to stem from God’s own manipulation of the situation.  first, God elects moshe as the new spokesman for the jewish people and then instructs him to demand of pharoah their release.  even though, moshe is already feeling ill-equipped for the job, God makes the task harder, announcing, “ואני אקשה את–לב פרעה,” (I will harden the heart of pharoah, va’era: 7, 3).  God’s actually going to make it so that pharoah repeatedly refuses the very request that God Himself just instructed moshe to demand!  and then, not surprisingly, after each of the various signs and wonders of God’s strength that come in the form of plagues, pharoah’s heart is hardened and he refuses to let the jewish people go.  as a result of pharoah’s stubborness, at the hand of God, the land is plagued with locusts, the waters turned to blood, and total havoc is wreaked upon all of egypt.  of course, save for the jews.  they are safe in this display of God’s power.

okay, pharoah is a bad guy.  but, he also seems to be a bit of a pawn in God’s attempt to make Himself known to all of egypt and the jewish people.  can pharoah be blamed for his own stubbornness?  is he really the villain we’ve always made him out to be?  again, in next week’s parsha, God will repeat that He Himself has “hardened his [pharoah’s] heart and the hearts of his courtiers, in order to display his signs among them” (jps translation, bo: 10, 1).  in the end, God’s performance does win over the trust of the jewish people as well as create fear in the heart of pharoah and all of the afflicted egyptians.  and, thank God, we actually make it out of egypt and escape many years of oppression.  but, was there an other way?

why did You send me
to do the impossible?
You are behind this.

may we struggle with the decisions that are not black and white,