Posted on January 2, 2011 by David Bogomolny

Sam had so much to share with his parents last summer, and it was his father’s first time in Israel! He felt steeped in Israeli culture; and his thinking about Jewish and Israel education had evolved after his Mechina (preparatory) year for the Pardes Educators Program (PEP). He wanted to share not only the religious and historical aspects of Israel, but also its day-to-day affairs… a perspective that he’d developed from a year of living in Israel. 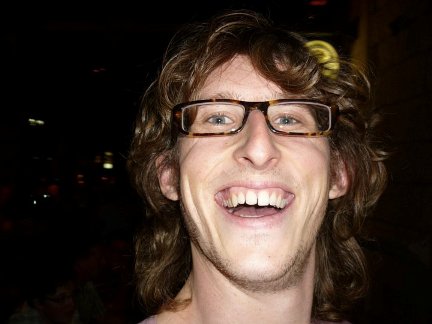 For the Blumbergs, being in Israel together turned out to be an incredibly moving experience. It was Sam’s opportunity to share his excitement and aspirations with his parents!

Judaism is Sam’s greatest passion, he says (although he also enjoys photography and “computer-dorky stuff”). As a high school senior Sam served on his regional USY board; and as a college senior he served as President of the UC Davis Jewish Student Union, while teaching Hebrew school at a local synagogue. It may also come as no surprise to you that Sam Blumberg was a Religion Major.

Since beginning his studies at Pardes, Sam has looked at his classes through the lens of a future educator, and some courses have been particularly impactful. “Rambam class with Levi Cooper was fantastic,” grins Sam, “Levi’s insights into the material were spectacular, and it was my first real introduction to Rambam.” Learning Talmud has also been a highlight for Sam. Together, these classes have helped Sam determine that he would like to teach rabbinics to middle- or high school-level kids.

While Sam studies in the Pardes Educators Program, his girlfriend Amalia is working towards her graduate degree at the Jerusalem Academy of Music and Dance. Amalia is an accomplished flautist, and a former Fulbright Fellow – she also plans to become a teacher. Sam and Amalia will be graduating from their respective programs in 2012, and returning to teach in North America. “I’d like to return to the West Coast,” says Sam, “the weather’s just better!”