Pardes Alum Ben Barer has followed Avi Strausberg‘s lead, and written a poem for the ‘Haiku Torah Project’.
Check it out below: 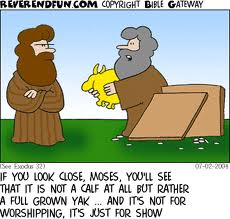 After secluding Aharon and his sons for seven days, this week’s parsha begins with the first official atoning sacrifices.  Rashi, bolstered by the Re”em (sp?) note that it is not by accident that Aharon is commanded to bring a calf (9:2), as it is meant to atone both generally and specifically for the Calf which Aharon brought a few weeks ago to a disastrous result.

By the way… rumor has it that Ben will be returning to Pardes next year as a Fellow. Perhaps we’ll see more of his writing on These&Those 🙂