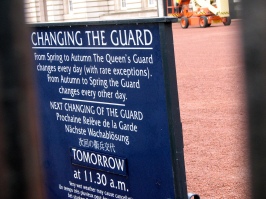 in this week’s parshat shoftim, moshe ensures the people that he will not be the last prophet to walk among them and speak the word of God.  rather, God will raise up another prophet to serve as a guide for the people, placing His words in his mouth and acting through him.

for forty years, the jewish people have completely depended on moshe, trusting that he is the direct link to God’s will.  and now, a huge change is brewing.  moshe is about to die.  a new leader is stepping up.  and the people are on the brink of crossing into new, unseen territories.  the question is:  how will the people recognize this mysterious new prophet?  how will they know if he is really speaking the word of God?  to whom will they look to answer the questions relevant to their times?

thousands of years later, we find ourselves in this same historic moment, facing a similar conundrum.  we are increasing challenged with modern day questions, forced to wonder “just what did God intend by that verse?” and “what would He think about such and such situation?”  and yet, where is the prophet to which we can turn for the direct revelation of God’s words?

we’re out here wondering,
still there? where did we go wrong?
static on the line.

to the prophet within each of us,