(X-posted from my home blog, Yinzer in Yerushalayim)
It’s finally hoodie weather here in Jerusalem. It had been getting progressively cooler each day for the past two weeks–at first, it was just cold at night, but this week, for the first time, I needed to wear a hoodie any time I went outside, even in the middle of the day.But that’s not the biggest sign that winter’s here. Wednesday night we added a line to the daily Amida praying for rain (in the Diaspora, this line is not added until December 4) and that night, it rained. And not a 10-minute sprinkle, but a real Pittsburgh-style shower, with actual thunder and lightening, the whole shebang, that lasted most of the night. I know it doesn’t, can’t, work out this perfectly every year with the rain prayers corresponding so well to the actual rainfall, but it really is incredible how intimately the ancient Rabbis who composed these prayers knew the cycles of nature in this Land. We barely even know what month it is anymore, and these guys knew, year-to-year, almost exactly when the rain would begin to fall. Though if our existence depended on it, I guess we would too.I’m not sad the winter weather has come, I see great advantages in it: Everyone (including people who have only been here for a few hot, dry months, and how much so those who live here) is in a good mood when it rains, I can walk outside in the middle of the day without immediately feeling like I need a shower, and it gives me an excuse to link to one of my favorite songs.

Sunday night, a bunch of my Pardes friends and I went to a special performance by the Idan Raichel Project downtown, organized by Masa Israel, a project of the Government and Jewish Agency that provides major (and majorly helpful) grants to students like me doing long-term programs in Israel, and attended by other students in Masa programs from literally all over the world. Idan Raichel is probably the most popular musician in Israel–they played a sold-out show for the general public the night before, and the large international presence at the Masa show attests to how well-known and respected they are internationally. Their music is hard to describe if you’ve never heard it before–“world beat” would be the easiest label for it, but I think that’s a cop-out–with its liberal mixture of Arabic, Ethiopian, and other African and Middle-Eastern influences and languages, fused with modern beats, Hebrew language, and plethora of Jewishly-inspired songs and lyrics, I think the best way to describe it would be Israeli.

And Masa made sure we knew it. Before the show, Masa gave us 3,000-odd young Jews eager for a concert a Zionist educational extravaganza, featuring scantily-clad women dancing to a hava negila techno remix, two guys playing a giant drum suspended in mid-air, another guy blowing a shofar a month too late (or possibly 11 months early), beautiful images of Israel and Jewish symbols, and  speakers from the government all emphasizing what a great, exciting, wonderful, and worthwhile country this is. Now, I am a proud Zionist and I love Israel and I would even be willing to die for it if–God-forbid–the need arose, but I must admit that it was a little much. The biggest message I took away from it was that while Israel is a great place that succeeds at a great many things, it still has yet to master the art of subtlety (as though in testimony to this, the concert hall is located right next to the Shuk). The highlight of the pre-concert shpeil was getting to hear a speech from Natan Sharansky, (pictured in the article at Pardes!) a man whom I genuinely respect and admire, and seeing the ecstatic reception he got from the many Russians in attendance.

The concert itself was amazing–everyone was dancing and singing in the aisles to gorgeous, contagiously danceable music from some of the most talented musicians and singers anywhere. 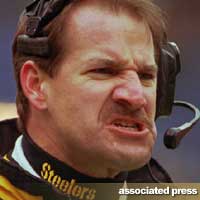 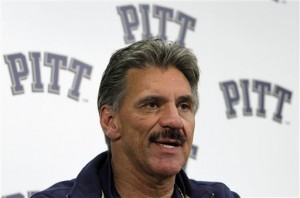 Speaking of epic hair, Tuesday was the first day of Movember–the month when men and women all over the world grow mustaches to raise money for prostate cancer research (if I have learned anything at Pardes, it is the importance of always using gender-inclusive language). The idea is that people on the street will see your mustache then call the cops, pick up their children, and run away as fast and far away from you as possible. To those select few who actually do approach you, however, the idea is that you should tell them that you are growing your mustache as part of an effort to raise awareness and funding for prostate cancer research, and they will in turngive you money to stay at least 30 meters away from their spouse, their children, and their children’s school at all times, which you are expected to then donate to support the cause.

No, in all seriousness, the purpose of growing the mustaches is to start conversations about the need for a cure to prostate cancer, which effects 1 in 6 men and kills 14% of its victims. This means providing even little bit of funding to help find a cure is a huge mitzvah that will literally save lives. Pardes’ Movember team, Safam* so Good, captained by my friend/Rambam chevruta Evan Remer, currently has 13 guys including myself creepin’ it out for the cause (for the record, no woman at Pardes has or is even remotely capable of growing a mustache [though if one decided to try that would be her personal choice and I would not judge her]). My page is available here for donations and more information. Thank you in advance for your support.

Friday morning, I went on an Ir Amim tiyyul of East Jerusalem with my Social Justice class. We went over the Green Line and saw Jewish and Palestinian neighborhoods, and the vast differences between them. In spite of the cold, rainy weather, it was in the Palestinian villages where, for the first time, I really felt like I was in the Middle-East and not just a bigger version of Squirrel Hill. We also went to see the barrier wall up close and stood on hilltops overlooking the whole area to get a look at the bigger picture. Besides getting to see things most Jewish tour groups don’t see (namely, actual Palestinians and the places they live) what I, and I think most of my peers, appriciated most about this tour was its honesty and neutrality. Shalom, our presciently named tour guide, was a proud Jewish Jerusalemite and let us know it, but this didn’t stop him from honestly telling us the complexity of the situation. More importantly, by letting us see East Jerusalem with our own eyes, presenting us with facts, refusing to simplify the situation or posit an easy solution and honestly answering all our questions, he created space for us to form our own educated opinions, leaving the idea that “More and more we now realize that the Two-State Solution is the easy plan” to rattle around in our discomforted minds as we headed into Shabbat.

As I walked home from the tour, I thought about how much more meaningful this honest, nuanced, probing and thus, I felt, more Jewish version of Zionism was to me than all Masa’s break-dancing and flag-waving. Upon further reflection, however, I have come to the conclusion that we need both. Israel has real problems, serious ones that won’t go away if only we pat ourselves on the back more. As Jews, for the sake of Judaism, our people, and our history we, I believe, have a Divine obligation try to make our State the best, most just place place it can possibly be for everyone, knowing full well some things are irreversible and that we will make mistakes along the way. We’re human.

But that’s a depressing thought, and that’s why we need things like the Masa extravaganza to remind us that this work is nonetheless very much worth doing, that things aren’t all that bad–that in spite of our circumstances, we’ve still managed to build a free, exciting, modern, democratic, miraculous Jewish State that’s been and has great promise to continue to be such a blessing for so many people (and a People) who so badly need one. And that most certainly is something to celebrate (The video is from last year’s event).

Quotes Paraphrases of the Week: “When urban planners plan this city, they plan for the Heavenly, ideal Jerusalem. As a Jerusalem resident, this hurts me because I am not an idea, I am an actual person.” -Shalom

“We were put on this earth to be awkward.” -Kyle L.