Posted on September 25, 2012 by Shanee Michaelson 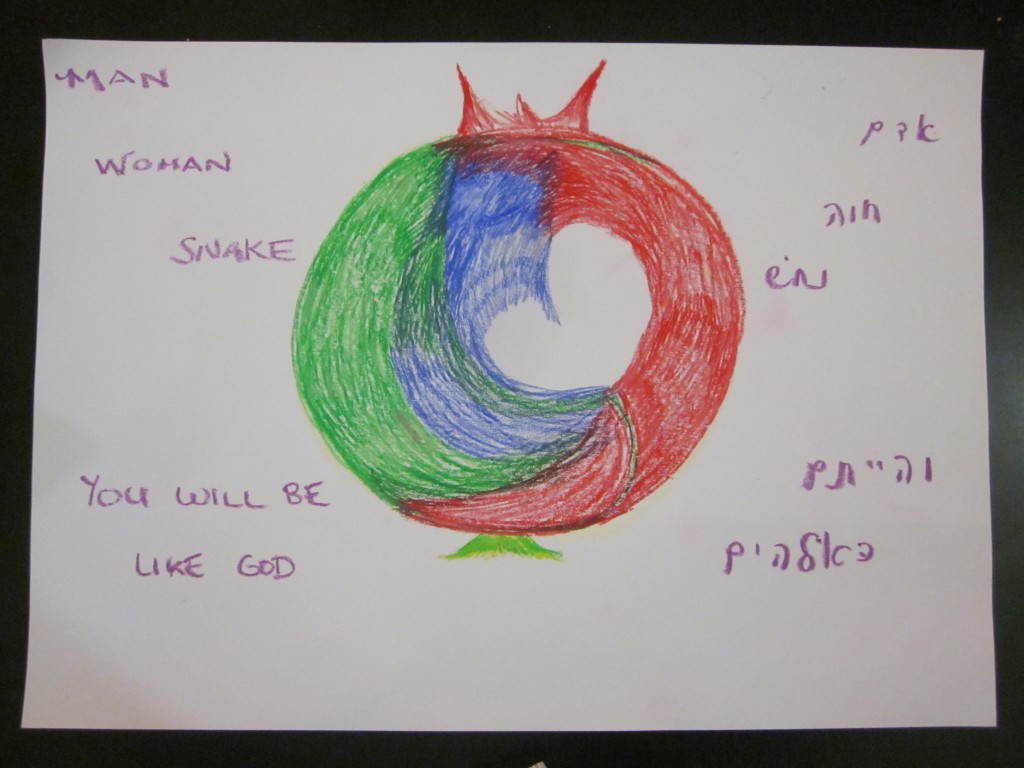 In discussion with my chevrutah, we posited that the snake character of the narrative was rather puzzling. Why would a snake be in conversation with human beings? Moreover, why would a snake have such a pivotal role in גן עדן setting off a series of events and changing the course of humankind?

We came to the startling conclusion that in this story the snake is a metaphor for sexual energy between אדם and חוה. Only such an energy would result in their becoming aware of their nakedness and more significantly manifest in their being “like God”— having the power to create life.

My pictorial representation includes male (green) and female (red) energies with the נחש, sexual energy (blue), between the two. As I was creating this, a space appeared in the midst of these energies. I realized that by including a space for God (and how lovely that the space was heart-shaped) the union was complete. All of the characters of גן עדן were accounted for and present.

I chose to contain this representation in the shape of a רמון (pomegranate) for several reasons. Primarily, it is a symbol of fertility which is a central element of the narrative. Furthermore, pomegranates are in season in Israel at this time of year and are eaten often during ראש השנה, the holiday which commemorates the creation of the world. Finally, some scholars believe that the fruit from the tree in גן עדן was actually a pomegranate.