Last week I went on a hike that I had first heard about over a year ago. I was probably busy last year and didn’t pay much attention. But last year, always around pesach, Pardes put up special art work and poems in the hallway. Not only was it beautiful, it came with a story that really touched me. The art was done by Alex Singer who was an American who made aliyah, and was killed two years later on the Lebanese border. I read the same poem almost every day for a month and every time I almost cried. This man was the same age as me and already he had stronger convictions that I would ever admit to myself.

So this year, when DLK talked about the hike, and despite the hike being on a difficult day, the morning before a holiday, I jumped at the opportunity. I didn’t know what it would be like, but I knew I had to learn more and be a part of this man’s life, even if he was no longer here.

The hike’s theme was focusing on Alex’s time in Europe. I felt very connected to this topic because I also spent some time in college in Europe and traveled extensively, including most Jewish sites, and it was my first time going to Poland and Auschwitz. It was definitely a significant time in my life in the development of my Jewish identity.

We started the hike at the Scrolls of Fire, which is an amazing sculpture by Nathan Rapoport, who also did a famous monument in Warsaw. 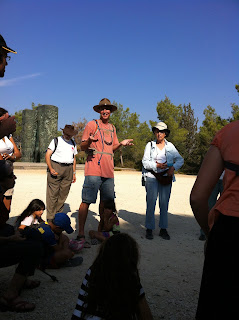 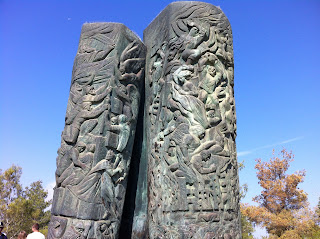 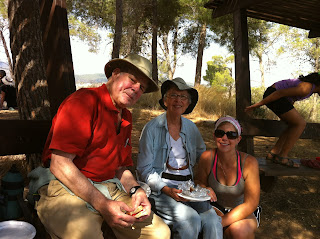 Me with Suzanne and Max Singer, Alex’s parents. 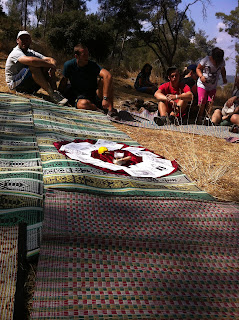 They set up a circle of Alex’s pictures with some writings on the back. We had the opportunity to take one, read it, and share our thoughts. I became very emotional reading Alex’s words. It was about being unable to live outside of Israel, and outside of a Jewish community. I always feel like Alex is speaking directly to me. 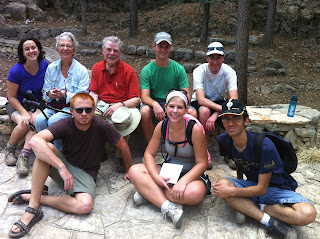 The Pardes crew with Max and Suzanne!

I know I will take Alex’s story, art, poems, and writings with me. Especially into the classroom. I know Alex will effect my future students’ lives as well. Thank you for this opportunity.