Bruce Shaffer was raised in an assimilation-bent household in the predominantly Jewish neighborhood of Northwest Detroit, fairly typical of what he saw around him. His curiosity for Jewish learning and Jewish text was seeded at his Hebrew school. There was no core of professional Jewish faculty – Bruce’s teachers were mostly Yiddish-speaking European refugees, and he had very little understanding of what they’d been through despite the featured Holocaust newsreels he’d been shown at his Jewish summer camp. Bruce still remembers a Mr. Plofkin with his baggy clothing and foreign accent, always carrying a piece of apple in one pocket, and a paring knife in his other.

“I remember Mr. Plofkin in level hey Hebrew class asking me, ‘What’s your Hebrew name?’ ‘Baer,’ I responded. He said, ‘That’s not Hebrew – that’s Yiddish,’ and Mr. Plofkin began calling me Baruch. In later years I’ve grown to appreciate that; and I continue to strive to become my Hebrew name.”

By his high school years, Bruce’s family had moved to the suburbs.

“My friends were still mostly Jewish – all the ex-pats from the city. That remained the case at the U. of Michigan, but as the times-were-a-changin’, the social pool, too, was expanding and certainly by the time I moved back to attend Wayne University Law School, I was hanging out with a broader range of people from the diverse student population of an urban school.”

After completing law school in the mid ‘70s Bruce moved to Boulder, Colorado, and in 1980 he was married. Together with his wife Julie, Bruce checked out a few Jewish communities in Boulder, trying to figure out where they felt most comfortable. Since then, they’ve been members of Renewal, Conservative and Orthodox communities; and by the early 90’s, Bruce and Julie joined several other families in forming a Havurah, which became the locus of their Jewish life. The Havurah spanned the spectrum of their community – Reform, Conservative, Renewal and Orthodox; and it quickly became a substitute family because there were no older family generations in Boulder.

At about that time, their first child reached Sunday school age, and Bruce decided to found the Shalom Chaverim Sunday school, which met at their home. This was the beginning of Bruce’s reconnection with Jewish text, as he needed to reread traditional sources about the holidays and Torah stories before teaching them to his little students. Some years later, Julie became co-director of the Boulder JCC preschool, and in the late ‘90s Bruce started teaching at the Hebrew high school, which he continued to do for 7 or 8 years. Their social world gradually contracted into Jewishness; even Bruce’s poker group became known as the ‘Poker Minyan’ – and they tithed every hand.

“Our three children all had backyard bar/bat mitzvahs, with the last being an over the top, big cast, multi-act, parallel-narrative interpretation of Parashat Vayera, with poetry infusions and rock interludes, of course.”

Bruce was also affected by his participation in a learning group which was organized by CLAL – the National Jewish Center for Leadership and Learning. In 2002-03, this group would come together to study Jewish texts, and CLAL rabbis would come in to teach them. Bruce gradually realized that he wanted to learn consistently day-in and day-out, and in the summer of 2006 he came to Pardes for two summer sessions, which led him to finally join the Year Program during the spring semester of 2011. Now, Bruce and Julie are committed to the plan of spending several months a year in Israel, and Bruce wants to keep learning – in 2012, he returned to Pardes once again for another six weeks after Pesach. 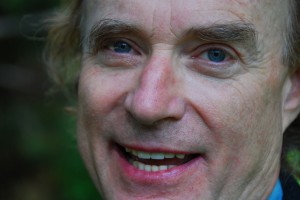 Beyond Pardes, Bruce remains highly involved in his Jewish community, performing as a StorahTelling maven, doing photography for Jewish organizations, co-leading Torah Study at Congregation Bonai Shalom and writing freelance for the Boulder Jewish News. He also founded a non-profit organization called ByahadTREX in 2002, which aimed to keep Israel above the radar in his local community, organizing group trips to Israel, and deepening other community members’ understandings of contemporary Israeli society. Most recently, he has also been doing a lot of volunteer work for Encounter, having been on eleven Encounter programs. Bruce’s wealth of experience in Jewish education and Israel programming has been deeply appreciated by his classmates at Pardes, and his second home in Jerusalem looks forward to his return in 2013!