Time to Stir Up Some Controversy… 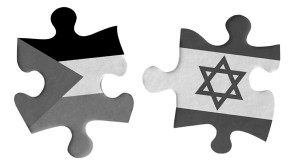 Some version of this view is very common among Israelis today. It has been the most common attitude toward the conflict for the last few years. This approach, which basically amounts to giving up on real peace and accepting the status quo, is completely understandable given the history of peace attempts with the Palestinians since the early 1990s. These attempts have generally ended in failure, followed by waves of violence against Israel by organizations like Hamas. Nonetheless, I think that this prevailing attitude is immoral because it justifies similar attitudes on the Palestinian side, maintains an unacceptable status quo, and will eventually lead to an intolerable one-state solution. It therefore is dangerous to future prospects of peace, and harmful to Israel.

Israel’s belief that it has no serious Palestinian partner may or may not be true, but it is harmful regardless. The reason is that the belief that there is no Palestinian partner guarantees that Israel itself will not be a serious partner for peace. And if Israel is not serious about peace, Palestinians are justified in believing that they do not have a serious partner, further reinforcing Israel’s belief and creating a vicious cycle that ultimately escalates distrust and destroys any future opportunity for peace. Therefore, Israel should simply decide to believe that it does have a partner, even if it feels like leaping off a cliff with no knowledge of what lies below. The alternative is an escalation of mistrust and maintenance of the status quo.

Of course many Israelis who believe they have no Palestinian partner likely also believe that the status quo is better than what might happen if they take a risk and try for peace. This is a rather easy argument to make, given that the last attempts at peace led to the Second Intifada and the rockets coming from Gaza, and given that Israel today feels quite safe. Nonetheless, I believe they are wrong. The results of another failed peace agreement would likely not be as bad as the last time around, even if there were another Intifada, because Israel is better at preventing attacks in its cities than it was then. The controversial fence and wall that Israel has built around the West Bank has been very effective at preventing suicide bombings. While an uprising would still be bad for Israel, this risk is outweighed by the chances that the attempted deal would succeed, and by the fact that the status quo is far more intolerable than most Israelis are willing to admit. First of all, the status quo puts Israel is the position of ruling aver a people that wants its independence, denying them citizenship in any state and trampling on their political, civil, and economic rights. This situation on its own is likely to lead to another Palestinian uprising anyway, negating the argument that Israel should avoid a peace deal because failed peace deals lead to Palestinian uprisings. And there is an even worse disaster looming on the horizon: The end of Israel as we know it.

If Israel takes its argument to its logical conclusion, there will not be a peace deal with the Palestinians and there will not be a Paelstinian state. Therefore, there will only be one state between the Jordan and the Mediterranean sea. That state will be Israel, and it will either have to maintain the current military rule over the West Bank, or else annex it and grant citizenship to the Palestinians. Either would be a disaster. If Israeli military rule over the West Bank became permanent, Israel would become similar to the apartheid state that it vociferously denies being today. By permanently denying Palestinians citizenship in that state that rules over them, Israel’s crimes would surely be as severe as apartheid South Africa or the Jim Crow South. Alternatively, if Israel annexed the West Bank and granted full citizenship to its inhabitants, a different kind of disaster would loom. First of all, whether or not Jews remained a majority in such a state, it would be hard to maintain (and hard to justify maintaining) Israel’s status as an ethnically Jewish state under such circumstances (although it might be a bit easier to maintain Judaism as an official state religion, sort of like the Church of England). The Zionist project would essentially come to an end. Secondly and much more seriously, such a state would likely be paralyzed by internal fighting. Every aspect of the Israeli-Palestinian conflict would suddenly be a domestic policy issue for this new country, and the government would likely be bitterly divided. Such a country would stand a significant chance of suffering through civil-wars and becoming a failed state. Nobody wants this to happen.

Try as I might, I can see no viable alternative to a two-state solution. All other routes lead to disaster. That does not mean it will be easy. It is nearly impossible to divide the land currently controlled by Israel into two defensible states. Nonetheless, all the alternatives are worse. If Israel cares about its survival, it had better get working on a two-state solution. And the only way to start is for its citizens to collectively decide that they are going to believe that they have a serious partner. It will not be easy, but there is no other choice.