Posted on August 1, 2013 by The Director of Digital Media

In this week’s Torah portion Re’eh, we find the commandment concerning the ir nidachat, a city consigned to destruction because its inhabitants have turned to idolatry. The Torah commands that should an Israelite city ever arise where the citizens go astray from God and turn to foreign deities, the rest of Israel should utterly destroy the city, killing all of the people and animals, incinerating all of the spoils that one might have taken in war and burning everything else to the ground. This extreme action will, presumably, serve as a warning to the rest of Israel not to turn to the worship of foreign gods.

But how could the people of Israel get to this point in this first place? How could a city go so far astray as to bring upon itself such destruction?

The Torah explains that such a situation could arise when b’nei bli’yal (scoundrels, unsavory characters) turn the hearts of the people in their city saying, “Come, let us worship other gods” (Deut. 13:14) and lead their neighbors down the path to idolatry and destruction. The Hebrew term used to describe these instigators – b’nei bli’yal – is an uncommon term. The word bli’yal, literally “base” or “worthless,” appears only one other time in the entire Torah, a few chapters later in this portion. That instance is found among the laws concerning the forgiveness of debts during the shemita (sabbatical) year – the seventh year of the biblical agricultural cycle. Specifically, the Torah warns Israel not to stop making loans to those in economic need as the shemita year approaches. Although a creditor might understandably be worried that he will lose his money if the loan is forgiven in the shemita year, still, the Torah considers such a thought “bli’yal” (a base thought) and adjures the creditor instead to “open your hand and lend him [the needy person] sufficient for whatever he needs.” (Deut. 15:8)

The rabbis, picking up on the infrequency yet close proximity of these two uses of bli’yal, try to draw a connection between these two seemingly unrelated commandments. In the Babylonian Talmud, Sanhedrin 68a, the rabbis conclude that since the first instance of the word bli’yal involves a case of idol worship, so too must the second. How so? Rabbi Yehoshua ben Korcha explains: “Anyone who averts his eyes from tzedakah, it is as if he engages in idol worship.” Rabbi Yehoshua ben Korcha uses this linguistic connection to make a damning, if figurative, statement against those who would turn from their fellow in a time of need.

While my heart is certainly with Rabbi Yehoshua ben Korcha, I believe that an even more direct connection can be drawn using the word bli’yal between the shirking of one’s responsibility in the case of the shemita year and the descent into idolatry and ruin. If those who refuse to give charitable loans are described as “bli’yal”, I would like to suggest that b’nei bli’yal (literally “sons of bli’yal”) are their children. And what do their children see? They see their parents refusing to help their neighbors during their time of need. They see their parents ignoring a central commandment of justice and compassion in the Torah. They hear God’s assurance of abundance for those with the faith to open their hands (Deut. 15:10), yet see role models with no such faith. And so they have no faith. And they go astray from the God whom, from what they can tell, their parents do not actually believe in. 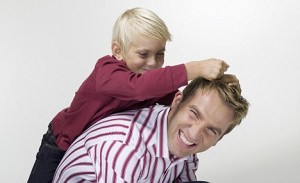 The connection between these two texts is a reminder that there are always people watching us, observing us and learning from our actions. What they learn from us may or may not be what we would want them to learn from us. And we can never control what message they ultimately take away. All we can do is try to set the best possible example. All we can do is transmit our values as clearly and consistently as possible through our words and our deeds. If this is especially true for those who are teachers or parents, it is nonetheless true for all of us, who in some way are setting an example – for good or for bad – for our neighbors, our colleagues, our friends.

Although we cannot control all of the consequences of our actions, words and deeds that are bli’yal may easily inspire others to become b’nei bli’yal and set them on the road to ruin. Let us be diligent, then, in setting an example we would be proud to know that others have followed.