Posted on September 1, 2013 by The Director of Digital Media 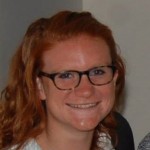 A little over a year ago, on August 9, 2012, I went to a conference called the Hillel Institute in St. Louis. It was my first introduction to the many, many Masa Programs that I would spend the next year convincing people to participate in. The conference had many different participants including: Hillel student leaders, Hillel professionals, Rabbis, teachers, Israel Fellows from the Jewish Agency, staff of Masa and many others. UF hadn’t begun, and so I wasn’t completely in the school mindset, but I was beginning to make the transition from summer back into productivity. I had just spent the last semester studying in Haifa and hadn’t been in Gainesville for 8 months.

After one of the sessions of the conference, someone came up to me and introduced herself. She was the Executive Director of a Hillel, at the conference with some of her student leaders. We spoke about nothing in particular, probably the conference, hillel work, and things related to Jewish campus life. It wasn’t a particularly memorable conversation.

After she explained a little bit about who she was, a teacher at Pardes, and a little bit more what Pardes is, she told me that the Executive Director of the hillel, that I had only met yesterday, told her that I should go to Pardes. I was a little taken aback. How could this Executive Director know anything about me? I kind of brushed the comment off and didn’t think much of it.

Today was orientation at Pardes. All 70 (ish) students and 30 (ish) faculty members gathered in one space, the Beit Midrash, to open themselves up and embark on a journey together. After introductions, funny stories and aspirations were expressed, we watched a TedTalk (it’s only about 6 minutes, you can do it!)

In the talk, Drew Dudley talks about lollipop moments. I won’t go into detail, because you can watch the video, but I will make references that you might not fully understand if you don’t watch the video. After the video we talked about beginnings and discussed the popular Hebrew phrase, coming from the Talmud, Kol haschalot kashot, or all beginnings are hard. This is going to be a transitional period for us all, a period of immense growth and change. It’s going to be difficult. At a time when we think that we can’t go on, when we think that the world is falling down upon us, when we’re staring at a text that we feel we will never understand, hopefully we will be presented with a metaphoric lollipop.

I’m not sure if you remember me, but we met – almost a year ago from right now – last year at Hillel institute. You mentioned to someone who works at Pardes that I would be interested in attending. I thought I would let you know that in one week, I will be landing in Israel, about to embark on a year at Pardes. I want to thank you for planting that seed within me, getting that idea going, and making an impact on my life.

She was thrilled to hear from me and excited to hear that I was setting out on an inspiring, fulfilling, empowering adventure.

To quote myself, “The spring came around, the rains fell, the soil was new and she was ready to grow. There was something weird about this place, Israel. Something that made her take notice of the land.

I’m excited for this year more than anything I have been excited for in a very long time. Now that I have let the rains of rejuvenation of the land of Israel fall upon me, soak deep into me, and become familiar, I am ready to face this year equipped with a tool bag of sheers, potters soil, and fertilizer. I’m eager for my garden to blossom.