In reviewing Parshat Yitro, I find myself drawn to the four psukim (verses) of the 3rd Aliyah – much happens in these lines – a story in and of itself!

This Aliyah ends with Jethro’s departure in pasuk 27, bringing an abrupt close to the eighteenth perek (chapter) of the Book of Exodus; but he doesn’t simply leave on his own as we might have expected… “Moses VaYiSHLaCH his father-in-law; and he went…” but what does this word וַיְשַׁלַּח actually mean? Does it mean ‘to send’? ‘to dispatch’? ‘to release’?

According to the Ibn Ezra1) and later HaEmek Davar2), this phrasing suggests that Moses respectfully escorted his father-in-law away, rather than dispatching him, as we might have thought at first. The Malbim3) posits that Jethro “did not want to go with” the Israelites at this stage, lending support to Rashi’s position4) that he intentionally left in order to convert his Midianite family to Judaism. Certainly most of the Commentators interpret VaYiSHLaCH in a similar way – and they clearly felt a need to clarify the Torah’s meaning here.

Nevertheless, a certain source makes a very different set of assumptions about why Jethro had to leave the Israelites. The Midrash Aggadah (as cited in the Torah Temimah by R’ Baruch Epstein) actually suggests that Moses sent his father-in-law away because Jethro hadn’t experienced the Israelites’ suffering at Egyptian hands, and therefore did not merit to join them at Mount Sinai:

At the beginning of perek 18 Jethro arrives at the Israelite camp, and reunites his son-in-law with his wife and children. Then in Exodus 18:17-23, he suggests a structured, hierarchical judicial system to Moses, in order that the younger man not wear himself ragged hearing all of the Israelites’ conflicts. He is rather reminiscent of a modern shaliach (emissary, messenger) who leaves his home to support the development of a distant community. 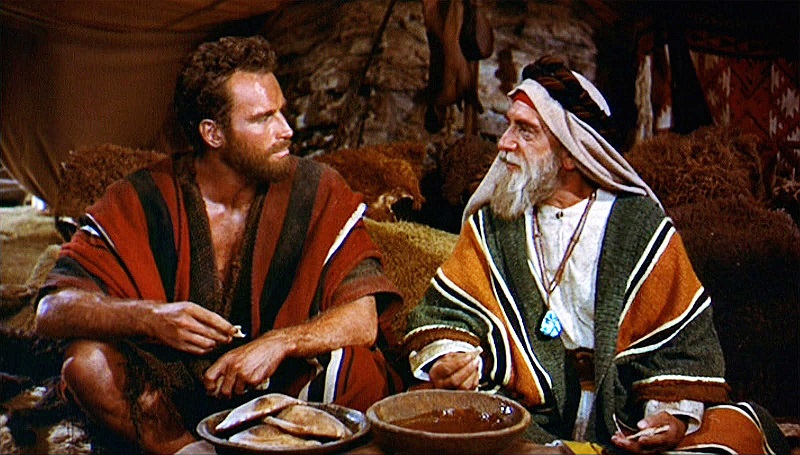 Certainly, not every shaliach is necessarily successful at building strong relationships with members of hir host community; some are beloved, and some find themselves perpetual “others”. The temporary nature of shlichut makes this particularly challenging, and can impact the shaliach’s effectiveness. Jethro, according to Midrash Aggadah, remained an “other” despite his good intentions, and even despite Moses’ ready adoption of his plan. Just imagine how much more he could have accomplished if only he’d been able to stay!

In the context of this Midrash, Moses’ actions are somewhat perplexing. Does he follow his father-in-law’s advice despite Jethro’s “otherness”? Does he only make the decision to send Jethro away after taking his advice? Was Jethro an “other” in the Israelite community from his very arrival? Perhaps Moses deserves credit for looking past his father-in-law’s “otherness” and heeding his advice – Jethro couldn’t empathize with the Israelites’ trauma, but… what if being an “other” in their community actually allowed Jethro a more clearheaded, outside-of-the-box perspective, which Moses was able to appreciate?

Only an undisputed authority figure such as Moses could have realized Jethro’s plan so readily and effectively, whereas today’s shaliach would have had a harder time implementing hir project without a single, central leader to turn to. So what would a modern day Jethro do? What could he do?

As we’re now celebrating our final Shabbat with Germany Close Up, it’s fitting that a historic German rabbi should grant us some insight, as R’ S. R. Hirsch does in his commentary on Exodus 18:26, the pasuk just before Jethro’s departure:

In this analysis, R’ Hirsch teases meaning out of the unusual structure of the word YiSHPuTu, which he posits is “made up of [both] the singular and plural”, suggesting that the newly appointed judges somehow channeled Moses’ wisdom in their rulings without conferring with him directly. In other words, the success of Jethro’s hierarchical system ultimately hinged not upon Moses, but upon the Jews who carried out Jethro’s plan, informed by and inspired by Moses.

Today, this is what a successful shaliach must engender among the members of hir host community. Here in Berlin, for example, there is no one central leader; and yet the rabbis of its various religious communities have succeeded at nurturing their respective seedling congregations, each founded in Moses’ spirit and “in accordance with [his] principles”. The shaliach’s challenge is to empower decentralized, often leaderless Jewish communities to access their Mosaic heritage – so that they may build upon his spirit and teachings.

And so, with great respect, I wish the extended Jewish community of Berlin and its leaders that they only continue to rise from success to success. As for the rest of us, may we all find our voices as shlichim for Germany Close Up, sharing the many lessons of our travels with others, and may we all be prepared for circumstances that might thrust us again into the roles of shlichim in the future.