Teaching in the Ulus Jewish School in Istanbul 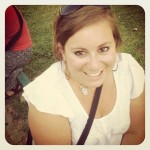 The greatest gift a teacher can ask for is to be a student and a teacher at the same time. This past week I, along with the fabulous Turkey Team, taught in the Jewish School in Istanbul. I learned so much in the process of creating the program, working with my colleagues, and interacting with the vibrant Jewish Turkish students. Every answer or motion of understanding and connection from the students motivated me and widened my understanding of the material from different points of view, I truly feel like my students taught me something. The Jewish life I am coming from was very different than that of the students. I am coming from a a place filled with diversity and open religious practice and freedom as opposed to a secular state with constant anti-semitic threats. The thing that tied us together was Torah and desire for continuing a Jewish community. Torah was able to act as the basis of our desire to come together, learn together and motivate leadership in the Jewish community together.

The lesson was about Leadership. We were teaching 11th graders, unaware of their level of Hebrew, textual knowledge or active leadership in their lives. I was nervous, but the kind of nervousness that motivates me to jump out there and try beyond my hardest, excited to see the outcome. We began the lesson with a “chalk talk”. First we used Pardes as our center word and we all ran up to the board to give an example of how chalk talk works and have it act as a way of introduction to ourselves. Family! Learning Jewish Texts.. all day all night! Amazing teachers! Shabbat with Friends! Community.. lunch.. amazing.. loving..! As I stepped back to see the board filling up I felt an immense sense of pride. I saw before me a board filled with everything a person could desire in an institution and full vibrant life. I imagined myself as one of the students, if I were them I would look at the board and look at us and see something unique and intriguing. This was the start of what turned out to be a truly great lesson.

The students had just run up to the board and did a chalk talk on Leadership and now that they had recognized leadership’s definition in their lives we introduced them to some classic leader’s from our Text. Using the text from Parashat Beshalach (Shemot 14” 13-16) when Moses is told to outstretch his staff and the Midrash of Nachshon, we introduced the idea of leadership. Tobias as Moshe with his broom stick staff, Levi standing on a chair speaking in the voice of G-d in an Australian accent in Turkish and English and the rest of us as B’nai Yisrael excitedly running through the aisle of chairs ie. the Red Sea! We brought the first text alive and into the classroom. The laughter from the students listening to this quick rendition straight from the text was like music to our eager ears! They were learning Torah, not an everyday activity for the majority of them, and they were enjoying it!

We broke into small groups to learn the midrash about Nachshon Ben Aminadav being the first Israelite to step into the sea, his pure faith and self confidence to step up,causing the miracle to occur. As I circled around listening in on the groups the room was buzzing with Hebrew, English and Turkish. This mini Beit midrash that we had brought all the way from Jerusalem was alive and running! Students disagreed and opened up with their points of view. They brought in personal experience and connection with Nachshon and each other. They listened intently to the Pardes students explain the text and share their ideas.

Leadership is hard, no matter what age or community. I began to see that the students and community in Turkey were being faced with a challenge that many of us do not have. Living in a country that is secular and does not allow freedom of religious expression adds a whole new layer to how to achieve leadership. Many students were voicing this struggle and teaching the Pardes students about what leadership can and does look like in their lives. A big topic that came up in many groups was the difficulty in being the first person to step up. “Nachshon must have been really scared” “What if no one followed him” “He must have had motivation from somewhere” “He was just a random person, not an appointed leader” Hearing these comments and more I began to feel like Nachshon was being brought alive and participating in the class.

Torah and desire to continue a Jewish community brought us together, while life experience and differences built our relationship deeper. We learned that from Moshe and Nachshon you can be an appointed leader or “just a student” and you can have the opportunity to step up and make a difference. We also discovered together the importance to recognize when you agree with a good leader and support them. We shared with the students that they are a part of carrying on the tradition of leadership that we see from Moshe and Nachshon. They are following in their ancestors footsteps when they act as leaders. We were able to show them that the text we studied was just the start to how our Jewish text can act as a motivation and guide to leadership in our lives today.

As Tobias led us in another great Jewish text, Arik Einstein’s “Ani V’Atah” and we sang about how “you and I together can change the world”, in Hebrew, English and even a fun attempt in Turkish, everything came together. I felt that we had shared our Pardes community and our love and insight for text with the students. I knew when I was saying goodbye to the students that I was saying lihitraot to the future leaders of the Turkish Jewish community.

We were taken on a tour of the school and fed a great lunch in one of the beautiful cafeterias. Joined by students who were a part of the welcoming committee we visited some of the younger grades and viewed the expansive grounds of the school. Singing with the kindergarteners and trying their freshly baked Challah was definitely an adorable highlight! The bright hallways and smiling faces in the classrooms, the amazing artwork and student activity areas showed us that the Jewish community in Istanbul was very fortunate to have a school of this caliber.

The school is expensive to attend, but there are many scholarships available. Ulus Jewish schol has been around since 1915 and now has 600 students (half the jewish student population of Istanbul. Enrollment has risen 77% since 2004. They are not allowed to wear kippot or have tefillah because of government legislation. They also have very few hours of Hebrew or Jewish studies. Still the school is a place of Jewish community and unity. Many of the students use the facilities for youth group activities after school. The security is very high, like in all Jewish facilities, but once inside the protective walls there is a world of high academic and social Jewish community. We were able to see some of the students again when we ran a program for their youth group a few days later, and many of them were glad to see us again and learn with us a second time. Seeing familiar faces, excited for another session of learning Jewish text gave me the sense that this may be the start if a beautiful relationship between Pardes and the young Turkish Jewish community!