Moses has smashed the first set of tablets. He has pleaded with God to spare the Jewish people or to erase Moses himself from history. God has listened. God has called him back to the mountain and has given him a second set of tablets – those described in the verse above.

Just by changing one vowel, the midrash changes the entire verse: And the tablets were a work of God; the writing was the writing of God; it was freedom on the tablets.

Freedom on the tablets? What does that mean? Rav Moshe Taragin, in a lecture entitled “Stones of Freedom” explains the implications of this phrase. He posits that Torah makes us free. Yes, that huge book of laws actually makes us more liberated human beings.

Let’s unpack that statement, please. What at first seems like a contradiction is actually a beautiful insight into what laws and boundaries can do for us. My little brother once went into a grocery store with the sole purpose of counting how many varieties of peanut butter the store stocked. Quite a lot, it turned out. My little brother decided that this was just nuts (pun!). By providing customers with so many choices, stores are increasing the potential for consumer satisfaction but also increasing the potential for consumer anxiety. The uncertain shopper will stand in the aisle for minutes, pondering the choices. One variety will be chosen. Perhaps the shopper will be happy with the choice. Perhaps not. Perhaps, when the shopper returns home and tastes the peanut butter, he or she will greatly regret not choosing a different variety. There will be disappointment, frustration, and maybe even a sense of personal failure at making the wrong choice. 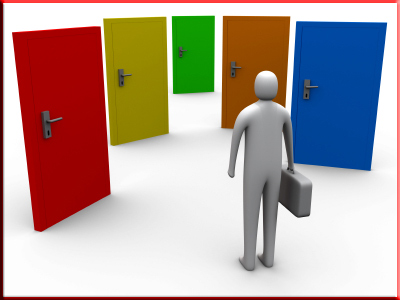 Yes, this example is a bit dramatic, but consider applying the same principle to a legal system. Having too many possible courses of action leads to indecision, anxiety, and failure. Sometimes, we just need to be told what to do and when to do it, and then we will be free of anxiety from that particular decision.

Now, I admit that this logic does not hold in all cases, because some people enjoy the idea of choice. For some, making decisions is the ultimate freedom. It gives us a sense of humanity and a sense of control. It makes us human.

I also admit that even if one does let Torah make decisions for him or her, there are still plenty of micro-choices after the big decisions have been made. Once a Jew has accepted halacha (Jewish law set down by the rabbis), he or she is faced with the decision of which community’s halacha to choose.
Which is my lot in life right now.
And the lot of many, many other Jews.
Which is why I think that the “freedom” of the midrash means something else.

Rav Taragin mentions a second way that Torah gives us freedom: by studying texts, it is possible that we can be completely drawn, temporarily, into the world of Torah. We can be drawn into something immortal and long-lasting. We can escape the worries of the present and live for something larger; something trans-generational. As we ascend into Torah, we leave our stresses, our hormones, our jealousies and our fears. Our greatest prison is our own mortality. Torah frees us by binding us to the immortal.

And I believe with perfect faith that Torah has the ability to do just that. On Monday morning, I joined friends and family for the brit milah (circumcision ceremony) of a new baby boy. Friends I hadn’t seen in ages were at the gathering, as were my brothers and my Jerusalem neighbors. Here we were, brought together by a Torah commandment…and I had never seen such happiness in one room. I, for one, forgot about yesterday and forgot about the day before me. I was absorbed into the ritual, the company, the food, the joy – all brought about by Torah.

Later that day, I studied the weekly parsha on my own in the Beit Midrash. I read the verses and the commentary. I wrote down questions. I listened to Rav Moshe Taragin give his thoughts on charut/cherut. Then I stayed for night seder: a session of evening study in the Beit Midrash. A friend and I had decided to study midrash on the weekly parsha – and what did we come across? The exact passage that Rav Taragin had quoted. And not only that, one connection after another was made with the texts I had read earlier that day and something I had learned in class the day before. I was flying. Whirling from text to text; rejoicing in the connectivity of my religion; focusing on nothing but the words before me and the wonder that is Torah.

And I was free.

And this freedom exists beyond the world of Torah as well (although I’m not sure Rav Taragin would say so). But I believe that the same is true for the worlds of philosophy, psychology, archaeology, literature, mathematics… anything bigger than ourselves. Anything that, when you study it, connects you to people before you and after you; connects you to ideas and abstractions rather than physical details; removes you from your present state and makes you present in all places and all times. Find what frees you. And carve it on your tablets. And may your freedom be as beautiful as this!