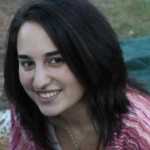 I don’t know if this only happens to me, but throughout this year I have continually been having flashbacks. Sometimes it is in the education courses, reminiscing about the strategies my teachers used, but more often than not this happens during the morning hours of the day while we study various bits of Tanach and Talmud. It can be a word or a story, but all of a sudden something triggers my brain to flashback to my ten or even seven year old self sitting in school and learning the same piece of text those many years ago.

A couple of weeks ago this happened to me again. This time, however, it wasn’t in a Tanach class, a Talmud class, or even an education class. This time it happened in Ulpan. I was learning about Leah Goldberg, famous as a Hebrew-language poet and author among other things. As usual my teacher assigned me a poem which I was meant to read and then create a short lesson which I would then teach to her. The poem she had chosen was called “סליחות” “Forgiveness”:

From my understanding the poem describes a man who is able to help a woman to see the things she cannot. He does not do so publicly but in the night, a private time, so that she is the only one who can hear and see. He helps her remember her past, as well as understand what she sees if she looks in the mirror. (This is my reading – others are welcome to read this poem in a different way)

I had thirty minutes to create a twenty-minute lesson about this poem and I had no idea what I was going to do. And then it happened. I had a flashback to a younger version of myself. We were learning about mirrors, and not just any mirrors, the mirrors that were placed on the “כיור נחושת” of the Mishkan.

It is in Ki Tissa that we are first introduced to the Kior (Perek 30):

17 The LORD spoke to Moses saying: 18 Make a laver of copper and stand of copper for it, for washing: and place it between the Tent of the Meeting and the alter. Put water in it, 19 and let Aaron and his sons wash their hands and feet [in water drawn] from it. 20 When they enter the Tent of Meeting they shall wash with water, that they may not die; or when they approach the alter to serve, to turn into smoke an offering by fire to the LORD, 21 they shall wash their hands and feet, that they may not die. It shall be a law for all time for them-for him and his offspring-throughout the ages. (JPS)

He made the laver of copper and its stand of copper, from the mirrors of the women who performed tasks at the entrance of the Tent of Meeting. (JPS)

From these two sections we know a few things about the Kior: where it is placed, who uses it, why they use it, and what it is made from. “How does this have any connection to Leah Goldberg’s poem?” you may ask. I will explain.

Not only did my flashback remind me of the Kior. It also reminded me of how my teacher explained the importance of mirrors on the Kior.

Before I continue I have to admit that I do not remember exactly which teacher taught this to me, nor can I find a source with the same idea, though I am sure it exists.

The teacher explained: it was important that the Kior had mirrors. The Kohanim spent all day sacrificing the animals that other people would bring to atone for his or her sins. It would be very easy for a Kohen to start judging people and their actions. Therefore, what better way to start his day than looking at himself in the mirror and reflecting upon his own actions and to remember that he too is not perfect. However, like the character in Goldberg’s poem this “looking into oneself” is done in private. No one else knew what the Kohen was thinking as he looked into the mirrors on the Kior. It was his own personal time to reflect before he began his day.

I think this is something we can all learn to do. When we start our day we should take a moment to look at ourselves and remember who we are before we face the rest of the world.