Reading the Megillah for Crimea 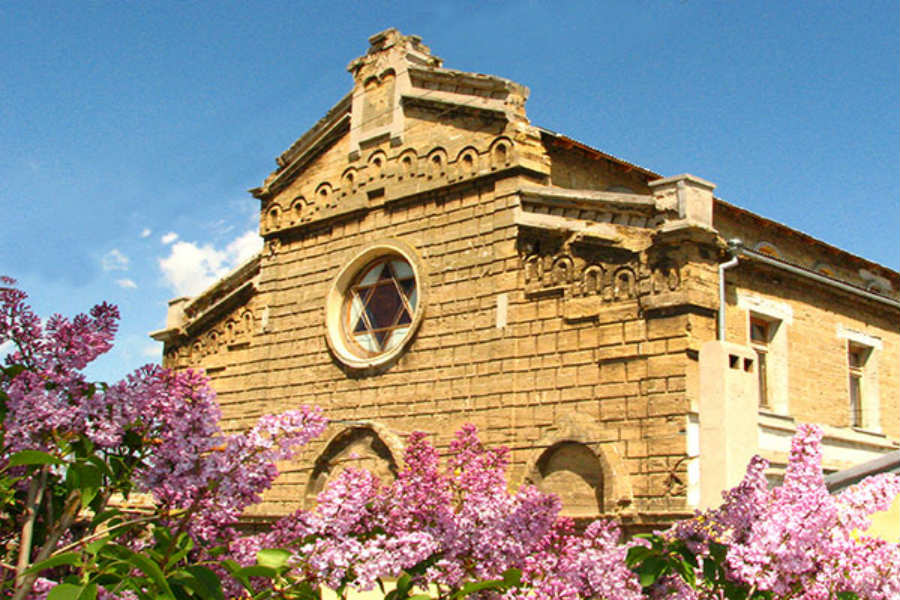 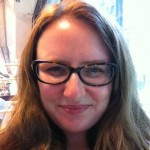 The Talmud teaches, “Kol yisrael arevim zeh bazeh” (Shavuot 39a) — all Israel is responsible for one another. I have rarely felt this more profoundly than on March 16, Shushan Purim, when I joined several of my fellow students here in Jerusalem in reading portions of Megillat Esther over Skype for the Jews in Crimea.

The plan began several days earlier, when a classmate of mine at the Pardes Institute for Jewish Studies in Jerusalem, Jeremy Borovitz, asked if anyone who knew how to read the Megillah would be interested in participating in a reading for the Jewish community of Simferopol, Crimea. Reading the Megillah was a new skill for me — growing up in Eugene, Oregon, disconnected from a large Jewish community, I never would have imagined that I would end up learning traditional Jewish texts in Jerusalem. I began to more deeply explore Judaism while I was in college in Portland, Oregon; after graduating and teaching preschool for a number of years, I took the plunge and applied to Pardes. As a beginner in my learning, I was nervous enough about reading chapter 7 of Megillat Esther just for the Pardes community, let alone for a group of foreign Jews in a very difficult straits thousands of miles away. Yet, how could I say no? Along with several classmates, I jumped at the chance.

Not only had we all been following the news, but all of us knew about Jeremy’s deep connection with, and love for, Ukraine, developed over the three years he spent there as a Peace Corps volunteer and working with the Jewish community. Crimea has approximately 17,000 Jews, with the vast majority situated in Simferopol and Sevastopol. My family originally comes from the Czech Republic, not from Ukraine, but I too felt a connection to the Jews there, the kind of connection that crosses borders and time zones. Helping the Crimean Jews celebrate Purim — celebrate the defeat of forces bent on their destruction — what could be more perfect and meaningful?

After days of planning, in the end, the reading came together quickly: Jeremy ran into the dining room at Pardes and asked us readers to join him in the Beit Midrash. A microphone and laptop had been set up by the bima; while we couldn’t see the people gathered on the other end, we could hear the rustling and excitement of a large group. Jeremy made some opening remarks in Russian, then the reading began: first Jeremy, then Jana Schachter, Avi Benson-Goldberg, Naomi Bilmes, and I read portions of the chapters we had each prepared. When Haman’s name was read, Jeremy shouted into the microphone in Russian and the crowd on the other end screamed back, booing and blotting out Haman. After the reading, Jeremy told them in Russian, his voice full of emotion, that they should know that we here in Jerusalem, and Jews all over the world, were standing with them. They were not alone.

We found out later that over 140 people were present for the reading, including many children. The celebration in Simferopol continued long after, with dancing, Yiddish singing, children’s Purim shpiels, a Queen Esther competition in which girls displayed traditional Jewish dress from different nations, more Purim shpiels, and more dancing. As one of the organizers in Crimea wrote, “The atmosphere of never-ending turmoil, uncertainty and feeling of eerie that has been prevailing on the Crimean peninsula for the last few weeks… still did not prevent us from feeling a happy family and enjoying one of the most miraculous and joyful holidays of the Jewish people.” To have been able to be part of their celebration, in just a small way, was something that I will not forget. I am grateful to Jeremy for organizing such an amazing mitzvah, and to the Crimean Jews for their perseverance, bravery, and spirit.

The Skype reading wasn’t a halachic Megillah reading — it was Shushan Purim, not their halachic Purim; we didn’t read all of the text, etc. I fulfilled my halachic obligation to read the Megillah a few hours later, after the full reading at Pardes. But symbolically, I felt fulfilled in the spirit of Purim after reading for the Crimean Jews. Kol Yisrael arevim zeh bazeh — while my initial goal in agreeing to the Skype reading was to help the Jews of Crimea, in fact, they taught me about the victory of the spirit of Yisrael over defeat and despair, and the unity of the Jewish people. There is no better lesson for Purim.