“I’m not totally sure what the appropriate response is” was all that I could come up with in the moment. How could I effectively convey my feelings towards my friend, who had just informed me that she was going to be moving halfway across the country? While moving to new cities has become a way of life for me over the past few years (I am working on my fourth city in four years), I also am in an entirely different place from my friend. My primary concerns in moving to a new city are finding an apartment, furniture and a community to make my own. My friend, on the other hand, is now in the position of uprooting a family, enrolling her kids in a new school and summer camps, figuring out how her husband will be able to keep his current job while being with his family, etc. Many of us in the Pardes community are in a similar position to me right now; anticipating moving to a new city and towards the adventure of becoming part of a new community. Some of us have additional considerations which make such a move more difficult than others, but hopefully all of us recognize that challenges will come with making such drastic changes in our daily life. How do we find the blessings that come with such challenges?

There is a fascinating Midrash on our Parshah, Parshat Metzora which might help to answer this question. In discussing the laws of Tzaraat, we are told:

The Rabbis pick up on the strange wording of the first Pasuk. They note that the grammatical construct which is formed through the pasuk opening with the word, “כִּי / When” and following this clause with the future tense verb “וְנָתַתִּי / I will place” makes it appear as though God is letting us know that Tzaraat will undoubtedly show up on our houses when we arrive in the land of Canaan, the land that God promised as an inheritance to our ancestors and to us. Why is God so sure that our new houses in our new homeland will become infected with Tzaraat?

Rabbi Shimon Ben Yochai brings the following Midrash to answer this question: “When the Canaanites heard that the Israelites were coming, they rose and hid their money in their houses and in their fields. HaKadosh Baruch Hu said, ‘I promised their ancestors that I would bring their descendants into a land filled with good things’, as it is written in Devarim 6:10-11, ‘And when God brings you into the land that I swore to your ancestors, to Avraham, Yitzchak and Yaakov to give to you, there will be great cities which you did not build and houses full of good things which you did not fill’. How did Hashem fulfill this promise? He made Tzaraat appear on their houses, and when Bnei Yisrael removed the infected bricks they discovered the treasures.”

I think that the Midrash is touching on a critical point here: while the appearance of a patch of Tzaraat certainly appears to be a negative occurrence, the primary goal of Tzaraat is not punishment. Tzaraat appears to be an unambiguous physical sign whose intent is to shake us up and cause us to look deeper. Once individuals within Bnei Yisrael moved past the initial shock of finding Tzaraat in their new houses, they were handsomely rewarded for acknowledging its presence and confronting it. While it presumably challenged them to question what they had done wrong, especially so soon after arriving in a new land, this Tzaraat sighting served primarily as an opportunity; the opportunity to dig deeper and explore the underlying causes of this hardship. Bnei Yisrael could have ignored the Tzaraat in their houses and hoped that it would go away before it became visible to the community, but instead were willing to admit their misfortune to their peers, and they reaped the rewards for following the prescribed process for removing this apparent plague from their midst. 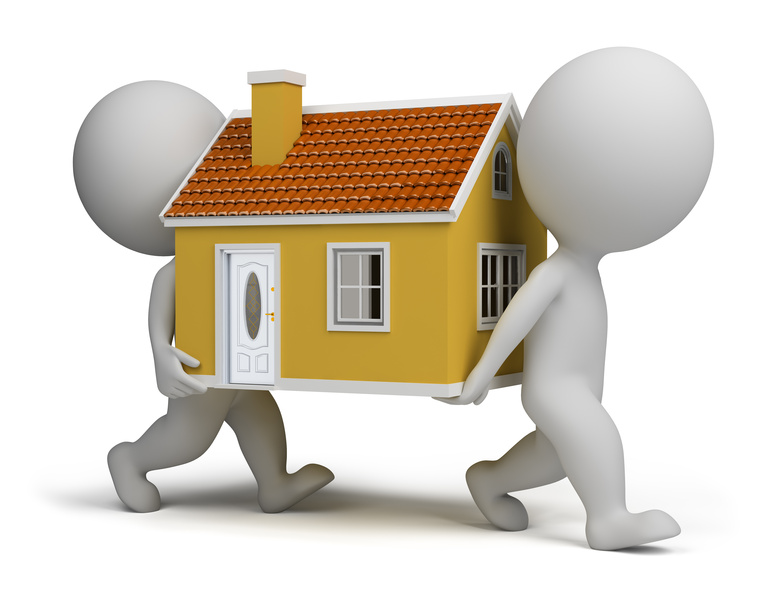 When we move into our new cities in the coming months, we will be faced with a number of challenges, both foreseen and unforeseen. My blessing for all of us is that we acknowledge and embrace them. Just like Bnei Yisrael, I hope that our willingness to confront these challenges head-on will allow us to turn these challenges into opportunities for personal growth, letting us realize that, while we may be new to a place, there will be a history to our new houses and communities which will play an important role in our interaction with them. By truly immersing ourselves in the local narrative and being open to looking deep within ourselves to question why we are experiencing the challenges that we face in our new homes, I hope that we all grow into roles as pillars and leaders of the new spaces that we will call home.