Well, maybe it’s no big deal for you, dear Pardesnik, but I hate hate HATE counting. I’m bad at it. I have a terrible memory and I always lose track and I end up looking like a complete fool.

Our extensive math assignment actually appears in this week’s Parsha:

“And you shall count for yourselves, from the morrow of the rest day from the day you bring the omer as a wave offering seven weeks;” – Vayikrah Chapter 23. 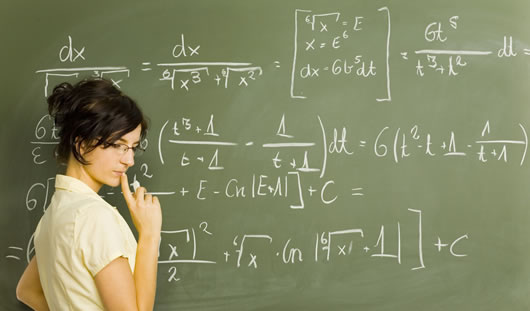 What’s it all for? Why is it so important for us to count for seven long weeks?

The answer of course, is the Torah. We count toward Shavuot, the receiving of the Torah on Har Sinai. This is an important event indeed but why must we count down the days toward it? Why not just be excited when Shavuot is upon us?

I began to think of other times in Jewish tradition where counting is involved. In Tanach, the nation of Israel is always counted before going to war with another nation. And in our current tradition men are counted for a minyan.

Prayer and battle are both events that call for action on behalf of the people. Indeed, it seems that our tradition always endorses counting before being counted upon.

And perhaps that’s one of the focuses of the omer count. Before receiving the Torah, before taking on the mitzvot, we must first announce ourselves as present and accounted for. As we count toward Shavuot we prepare ourselves for the receiving of the Torah. We remind ourselves that the Torah and the mitzvot contained within it are not merely a passive gift but one that requires daily action on our part. By counting the omer, we outwardly declare the renewal of our commitment to living a life of Torah and mitzvot.

So maybe it’s not such a difficult and daunting math challenge after all. In fact, like all homework, the challenge is probably worth the effort and will serve as a preparation for the year ahead.