[PCJE] Opening my Heart in Jerusalem

Posted on September 10, 2014 by Samantha Vinokor 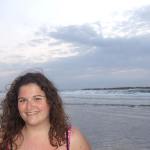 Our goal should be to live life in radical amazement…get up in the morning and look at the world in a way that takes nothing for granted. Everything is phenomenal; everything is incredible. – Abraham Joshua Heschel

When Heschel described radical amazement, he could easily have been speaking about the initial euphoria that people experience when they come to Israel. Everything is amazing. The sun is bright, the fruit in the shuk is beautiful, the water is warm, and the people are an incredible mixture of kindness and brashness, the ultimate Israeli combination. It’s easy to fall in love with Israel, with the vastness of the desert, the lushness of the Galil, the cacophony of Tel Aviv, and the ancient city of Jerusalem.

But after the euphoria comes the reality, and I’ve been living in the reality for almost two years now. After a time, I stopped noticing the vibrant energy of the markets and instead focused on the pushing and shoving that happens every time I enter. Instead of gazing out the window at the natural beauty that abounds in this country, I got my Israeli license and found myself gripping the wheel in terror as my fellow drivers casually made an additional lane when they deemed necessary, without so much as a signal. I was in an Israel slump, the ultimate challenge for a lifelong Zionist. I fulfilled my dream of moving to Israel, and now ideology and reality had to find a way to coexist.

After searching on my own, I found that what I needed was a community. Just as it’s better for Jews to pray together, I’ve found that it’s better for us to explore together, to feed off of each other’s energy and see the world through one another’s eyes. Coming to Pardes provided me with a community of people who are so excited to be in Israel, and are so eager to develop their own relationships with Israel put mine back in perspective. While wandering through the alleys of the Old City, I once again was able to marvel at the softness of the light reflecting off of the stones, and at the stones themselves, smooth after generations of feet walking through this eternal place. I was able to return to the Kotel with new eyes, and in the spirit of community focused less on my personal experience as an individual, and rather on the wonder of being in this place where so many have longed to be, standing at the central point of countless prayers and supplications.

This year has barely begun, and already it’s brought me back to a place of peace in my relationship with Israel, one of the most important relationships in my life. Israel still isn’t the fairy tale that it once was for me. It’s complex and nuanced, as it should be. But by exploring the duality of reality and dream, I’m now able to wake up every day replete with the amazement of this new reality.