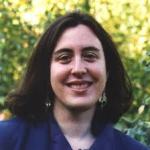 Last week was a milestone in my daughter’s life—the kind of “first” that Jewish mothers of girls delightedly anticipate their daughters reaching, waiting to welcome them into the sisterhood of Jewish women.

To be perfectly accurate, she’s beginning this new direction—in the Teen Beit Midrash that meets at Harvard Hillel—with Mishnah study (which she has done before, in her previous life as a day school student). But now, studying passages from the Mishnah (the rabbinic compendium codified in approximately 200 CE) will serve as preparation for moving on to Gemara, the more complex part of the Talmud that attempts to link mishnaic teachings to biblical verses, and to discuss the relationship between them, among the many other things it does in its rich conversations.

That may not be every Jewish mother’s dream for her daughter,but it’s certainly one of mine.

My first Talmud teacher, at the Pardes Institute in Jerusalem, was a woman—Leah Forman Rosenthal, then an emerging master teacher. The entire experience enthralled me. Leah is a truly gifted teacher of Talmud, giving us the technical skills to unpack its complex arguments, as well as helping us consider the competing philosophical perspectives behind the positions presented in the names of different rabbis.

My havruta, my study partner—who has since received Orthodox rabbinic ordination, and now teaches at Pardes himself—once said that he thought all of us in the class (male and female) had a kind of crush on Leah, and I think he was right. A person who beautifully takes you on your first journey into Talmud, elegantly guiding you while also gradually giving you the skills to navigate it on your own, cannot help but win your heart.

It’s especially important for girls and women to have the experience of entering the Talmud, of gaining fluency in its language andmastery of its modes of expression. When we do, we refuse to let these texts, which are almost exclusively populated with and articulated in the names of male rabbis—and which are the foundation of the religion we moderns know as “rabbinic Judaism”—remain “male”. We take our place in a chain of students and interpreters—the most Jewish of acts. For girls and women, it’s simultaneously traditional and revolutionary.

Of course, telling my daughter all this would be the kiss of death. No kid wants to do anything as a fulfillment of her parent’s fantasy. She likes the program, is honored that they let her in a few months early on the basis of a trial session, and enjoys learning with older kids. She will, I hope, come to own her own reasons for finding Talmud study enriching—reasons that will likely overlap with mine but not be identical to them.

I have friends who did their best to shield their children from the very existence of gender bias, in Judaism or otherwise, wanting them to grow up without any sense of limits; they figured their girls would get exposed to sexism soon enough. While that is generally not my approach, it feels right to let my daughter enter the world of Talmud study, in a coed setting with two female teachers who have serious Jewish learning under their belts, without any sense that this is anything but as it should be, and as it “naturally” is.

She is part of the generation in which there are countless stories of small children saying at some point, “Wait—I didn’t know men could be rabbis!” Her mother is one; she’s met so many female rabbis through me that I think it hasn’t occurred to her that men somehow have a more legitimate place than women in any realm of Jewish life.

The other day, I was having a working lunch date with a friend at a local coffee shop. At one point, we were talking about the stellar scholarship, teaching, and writing of Avivah Zornberg, the renowned contemporary interpreter and teacher of the Torah. Another woman came and sat down to work near us, and I noticed her Pardes sweatshirt; we got to talking, and it turned out that all three of us had studied Talmud with Leah Rosenthal, and all three of us—in different ways—were transformed by our learning with her.

It felt like a story about teachers and students from the Talmud itself.

It’s a story that my daughter would find remarkable for the fact that I started talking to a stranger (as I am wont to do), or the way that, wherever I am, I always run into people I know or have something in common with. But three women sitting around talking about their passion for Talmud and their adoration of their female teacher? It might be annoying adult talk, but the genderedness of the conversation would be utterly unremarkable to her—as is the genderedness of her own learning and the gender of her own teachers.

I can live with that.