Written by Lara Rodin, PEP ’18-’20. This was previously published on her blog VaYehi Torah.

Our day began with a reminder: that questions have a question mark on the end of them. When taking a diverse group like Pardes to Chevron to hear from perhaps an even more diverse array of narratives, this reminder is critical. Question asking, our Israel Educator Jamie emphasized, is about understanding someone else’s worldview and sharpening your own opinion- not about rebuttal.

Before we even left the Beit Midrash this morning we heard from Ayal, a representative of B’Tselem, a Jewish Israeli “anti-Occupation” organization. When we got to Chevron, Ayal’s narrative was starkly contrasted by Noam Arnon, a founding member and representative of the Jewish community of Chevron.

The area of Chevron is divided into two geographic areas- 80% Palestinian (referred to as Hebron 1 or H1) and 20% Israeli (H2). Throughout the day, as I listened to each person share their experience living in this contested land, I wrestled with the competing notions of enforcing restrictions on a person’s movement and legitimate security concerns; the creation of intimidating conditions of forced transfer and the desire for ritual and ancestral return.

As we walked up the main strip, divided in access, a sign that read “Arabs are Prohibited, This is Apartheid” contrasted the flocks of Israeli soldiers cleaning debris off massive shields used to protect themselves from rocks that were thrown at them just a few streets over.

We were initially supposed to meet with the founder of Youth Against Settlements (YAS), an organization for Palestinian non-violent youth activism in the West Bank, in a neutral area that we would both have access to. Because of the size of our bullet proof bus and the foot travel restrictions on both our group and on our speaker, Izzat (a Palestinian resident and YAS mentor) spoke to us instead from behind an invisible line that divides H1 and H2. Guarded by an Israeli checkpoint, we could not cross into Izzat’s H1 territory, and he could not cross into our H2 territory. We were told that this was for the safety of us both. As Izzat spoke about the travel restrictions and human dignity abuses that his community suffers daily, I was hurt to watch my own am- men in kippot (kiffiyeh for Izzat) and soldiers both on and off duty- walk by and laugh at this group of North Americans who must be crazy to be listening to this person’s story.

After Izzat had finished sharing and said goodbye, we were curious about what the Israeli soldier who was guarding the checkpoint thought about what he had just listened in on. On a whim quiet, 19 year old Shai- busy opening and closing the gate for Palestinian commuters- shared with us that he feels his job is critical for the protection of the people in the area.

Though they came from different perspectives and had vastly different lived experiences of the conflict, each person we learned from today recalled fondly a time when Palestinian children and Jewish children played alongside each other, and when their parents picked from the same tomatoes in the market. In the 1990s, the Muslim massacre by Baruch Goldstein and the Oslo Accords resulted in a change in security protocol in the West Bank, and therefore a change in the relationships between Muslims and Jews. After each person spoke with us, I was left with the sense that we are growing farther from peace with each generation that grows up not knowing their Palestinian and Jewish neighbours. This sad image stuck with me as we made our way to Ma’arat Hamachpela, the Tomb/Cave of the Patriarchs (and Matriarchs)- or ‘Greatriarchs’ as my teacher referred to them.

As we approached the 2000 year old prayer space, the beautiful melody of the Muslim call to prayer rang in my ears. I was reminded that only a few hours earlier we had pulled the Torah from the ark to read this week’s parsha about the death of Sarah Imeinu and about the Ma’arat Hamachpela where Sarah and her husband Avraham, children Isaac and Rivke, and grandchildren Jacob and Leah are said to be buried. This very same Ma’arat Hamachpela was the site of a massacre of Muslim worshippers in 1994 by religious settler fanatic Baruch Goldstein.

With the energy of the tombs surrounding us, particularly that of my namesake Leah (I am convinced that if anything is buried under there, it’s definitely under Leah!) we prayed Mincha, the afternoon prayer. There was a power and weight to my prayer that the location and the context of the day brought with it. During my silent Amidah, I felt compelled by standing at the site of their burial to include the Imahot, or foremothers, in the first blessing- something I have never done before. I teared up when I thought of Baruch Goldstein’s horrendous act of terror and other acts of terror that have been committed on both sides when I said the blessing on the minim, asking for the plans of my enemies to be foiled. As I read tachanun, the penitential prayers, I prayed for the ability to treat others with “tzedakah and chesed”- righteousness and loving kindness. And finally, when I reached Aleinu, I begged that we should find ways to “L’taken Olam B’Malchut Shaddai”- to repair the world under the kingdom of holiness.

The name Chevron comes from the Hebrew “chaver”, which means friend. Each of the chaverim that I learned from today had one thing in common- they hold on to hope for a better tomorrow. I am deeply grateful to Pardes for the opportunity to do this critical learning, and am even more grateful to do it alongside my chevreh. May we continue to ask each other questions and really listen to the answers in order to better understand one another, as we work toward the day when we can live side by side as true friends and neighbours.

With love and with openness to questions with question marks,
Lara 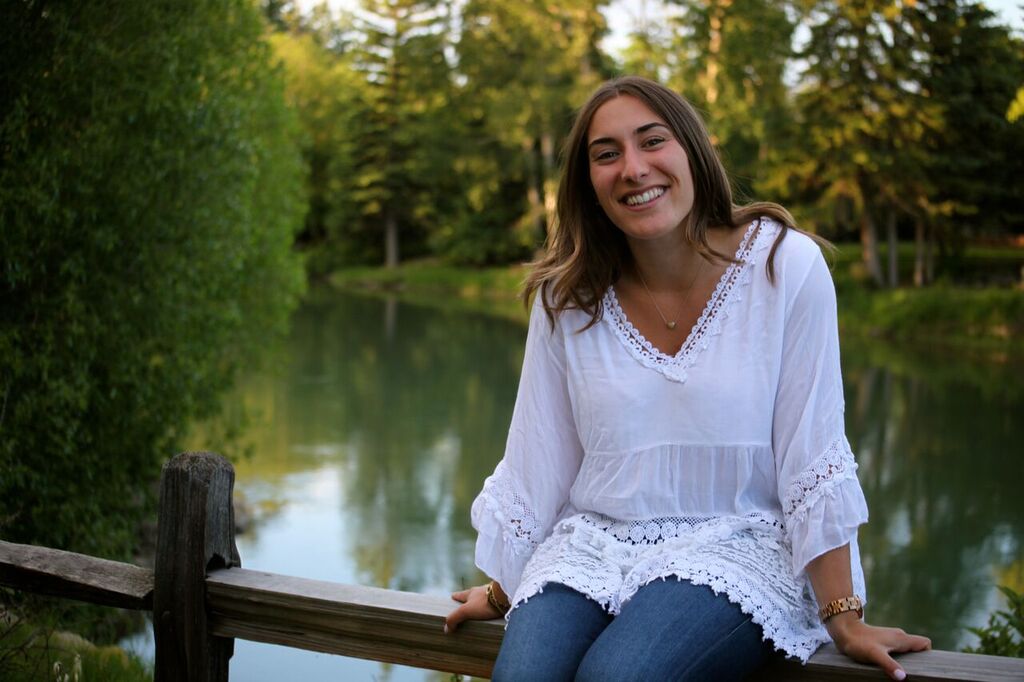