This blogpost was originally published on the author’s personal blog, Ramblin’ Maidel. Inspired by Jerusalem, as always, and its characters, and its millennia of liturgical music. The Electrician’s Psalm Unhemmed Creator, spinner of the world, Today beneath Your power lines a man Crouched down, his battered palms burnished like leather, His skin limp with the Continue Reading » 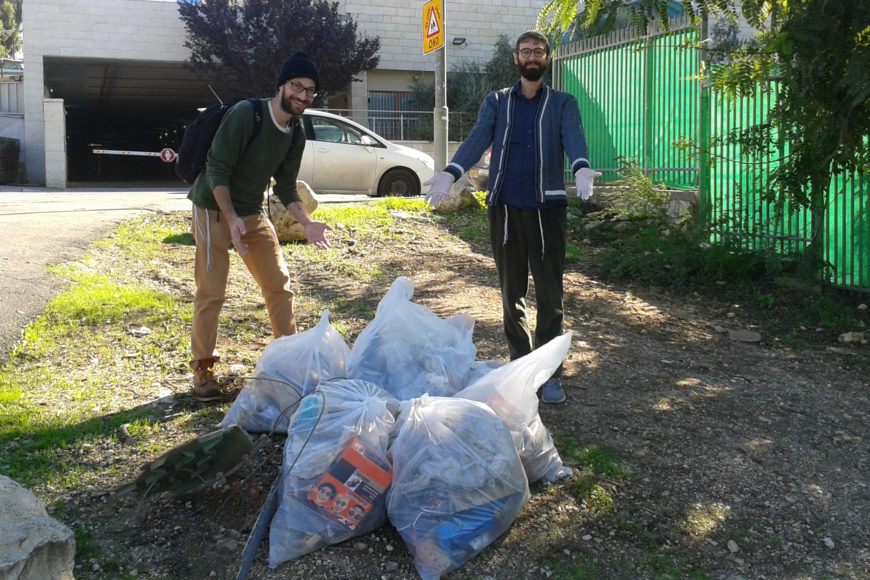 I wrote the following reflection after returning from my second trip with Encounter, an organization that brings Jewish leaders to meet with and hear from Palestinians in the West Bank and East Jerusalem. The goal of these trips is not to find political solutions or to dispute each other’s narratives, but rather to encounter voices Continue Reading »

Jerusalem is a place I dream about, a place I begin to yearn for as soon as I am back home (?) from it. I had planned my study at Pardes long ago, thanks to Yaffa Epstein; and that’s when I wrote this little verse: Seeing you in my dreams Craving your warm embrace Hoping Continue Reading »

I came to Pardes this year because I needed to be in Jerusalem. I was supposed to start rabbinical school in the spring, but I decided to come to Jerusalem instead for the summer to study Hebrew and deepen my Jewish experience and identity before then embarking on my rabbinical journey in August. But a Continue Reading »

From my blog: Last Wednesday a man drove a car into a crowd of people waiting at the Ammunition Hill light rail station, killing a three month old baby girl and wounding 8 others.  A newspaper reported that evening “Israeli police shoot man in East Jerusalem”.  I read that the family was on their way back Continue Reading »

[PCJE] The Prophecy of “The Walking Dead”

(Spoiler Alert) I live 0.93 miles from the Green Line. For those who don’t know what that means, I live, in a perfectly normal suburban(ish) area that is less than a mile from an area that is called by some “occupied.” An area that looks just like this, and many other cities, and yet if Continue Reading »