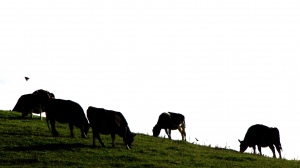 if in the past two parshas, there has been a severing of relationships and distancing between the members of yitzhak’s family, this week’s parsha, וישלח, tells of their coming together.   previously, the rivalry and trickery involved in jacob’s maneuvering of the birthright and blessing from the rightful first-born esau, led to seeming devastion on both the part of esau and yitzhak.  as a result, rifka encourages jacob to set off, find a woman, and create some time and space for the relationships to repair (and to avoid any unpleasant retaliation on the part of esau).  last we met them all together, yitzhak, upon realizing that he has been tricked into giving away esau’s birthright, is struck by a violent trembling.   and esau, upon the realization that he is left without his birthright, twice is described as emitting great swells of desperate emotion.

and yet, our parsha begins with “and he sent.”  and he sent, meaning jacob sends ahead of him messengers to pave the way towards reuniting with his brother esau.  since leaving home, jacob has become a father many times over with a bevy of children.  however, in order to really become a father, with his own family, he must first amend his relationships with both his brother and his own father.  after he and esau make amends, jacob heads home.  however, within a sentence of jacob’s coming to yitzhak, the Torah tells of yitzhak’s death.  this parsha that begins with the estrangement of esau and jacob, ends with the two of them coming together to bury their father yitzhak, just as yitzhak and his estranged brother ishmael came together to bury their father, avraham.

it’s me, i came back
i have my own children now,
dad, he forgave me

may we find ways to make peace with our old relationships and move forward with new,