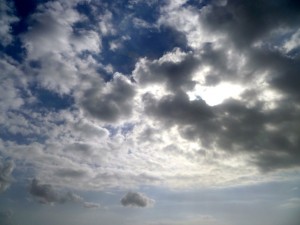 Sky in the Golan, taken by Austin Weisgrau

Austin (Spring ’11) had planned to begin his university studies at Reed College this year, but then he learned of Where There Be Dragons (WTBD).

Before graduating high school in 2010, Austin had led a fairly predictable life. He grew up in San Diego, attending temple services on Friday evenings before having family Shabbat dinner. As a child, he attended a Jewish day school until 4th grade, and he was later heavily involved with BBYO, serving on his chapter’s and region’s executive boards. He also had the opportunity to visit Israel in 2007 on a family vacation, which left him excited to return on his own. All in all, Austin was happy with the course of his life, and in 2009 he was looking forward to graduating from high school the following year, and beginning college.

But WTBD changed everything.

“My favorite memory? I really don’t know… it was all awesome :)” 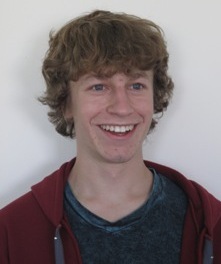 For three months, from September through November 2010, Austin traveled around Bolivia and Peru with 11 other high school graduates and their WTBD staff. They stayed with host families, hiked through the forests and mountains, visited markets and orphanages, fished, and planted yucca. They spanned elevations from 6,000 to 18,000 feet above sea level, and they learned a great deal about economic and infrastructure development issues in regions of the third world. It was amazing.

Finally, Austin returned home, full of memories and impressions, and full of a new yearning… to visit Israel.

When Austin began to research Israel programs in earnest, his rabbis both recommended that he consider Pardes, and he contacted the office. The admissions staff informed him that Pardes was intended for college graduates, and asked him how he might feel as the youngest member of the community.

In January, Austin moved into the Jerusalem neighborhood of Talpiyot with a young, Israeli solder who made Aliyah from Russia three years ago, and his parents couldn’t help beaming with “nachas” as he began to attend Pardes classes and immerse himself in Jewish learning.

Jewish text study is new to Austin, as it has been to many Pardes students before him, and he finds it complicated and fascinating. He says that it has quickly become his favorite thing at Pardes, and he eagerly tackles Chumash texts with traditional commentaries in Tovah Leah Nachmani’s class, and studies the Book of Shmuel with Rabbi Michael Hattin in the afternoons.

“But, really, I love all of my classes! Since coming to Pardes, I have seen Judaism from a million different angles that I hadn’t seen before. I feel simultaneously curious, confused, baffled, secure, insecure, inspired and turned off. It’s really complicated!”